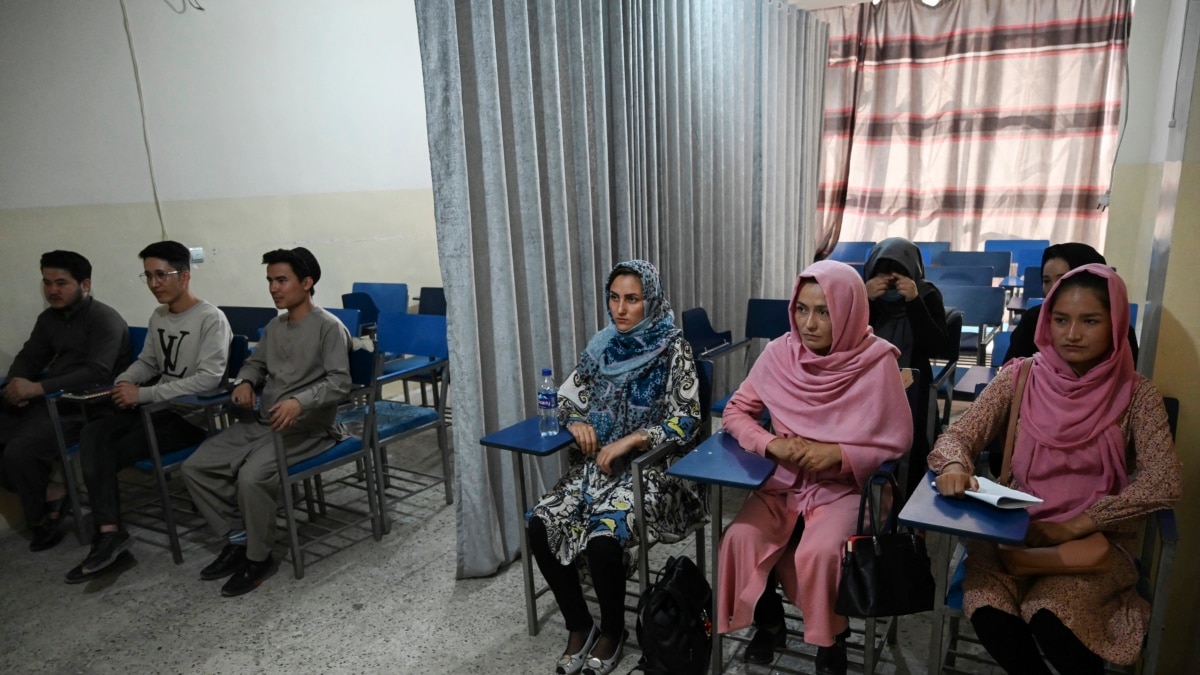 According to the Taliban government, women will be able to continue their studies at universities only if the rooms there are separated so that women and men can sit separately.

According to the Minister, women will only have the right to have female teachers and a man will be allowed to teach only if a female teacher is no longer found. Yet even when a man conducts a lecture, or a lesson, Islamic rules must be fully observed.

“Male teachers will also be able to teach, albeit in accordance with Sharia law. They must stand behind a curtain, or read a lecture from the screen,” Hakani said.

The education minister said the Taliban government would continue to provide education to the population, however, this would only be done in accordance with gender segregation and Sharia law.