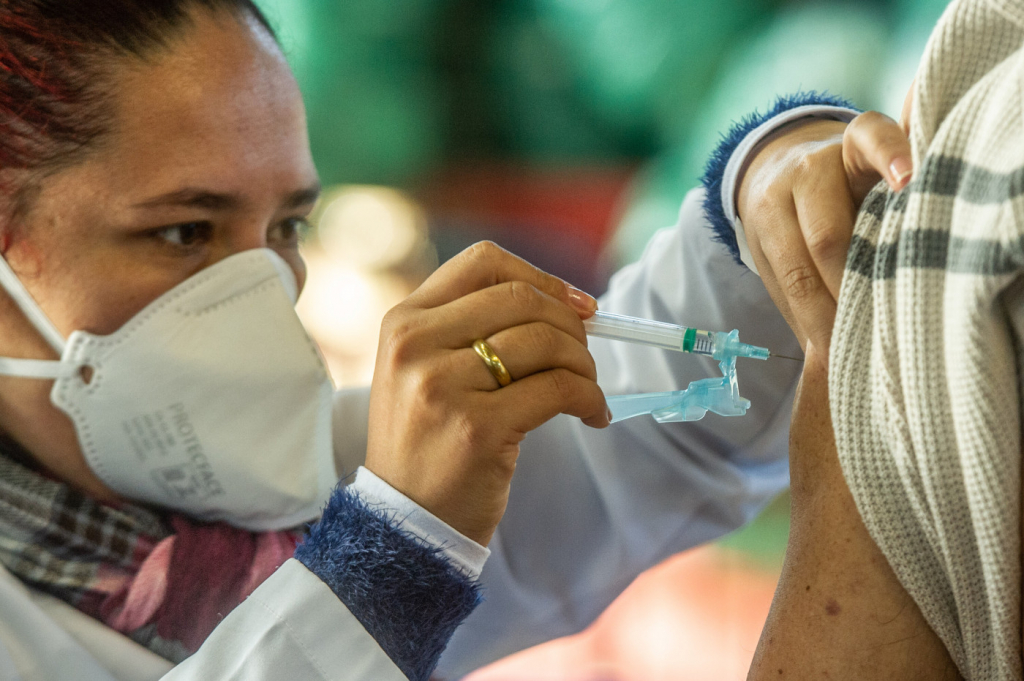 Resistance to immunization is greater among those who say they trust the president, assess the government as good or great, and those who already vote for Jair Bolsonaro in 2022

EVANDRO LEAL/FRAME/ESTADÃO CONTENTDatafolha heard 2,074 people aged 16 or over in 146 Brazilian cities between the 7th and 8th of July

Adherence to vaccine against a Covid-19 broke a record and reached 94% of the Brazilian population, according to a survey carried out by Datafolha Institute. About 56% of respondents say they have taken at least the first dose, or the single dose of Janssen, and 38% said they intend to get the vaccine — 19% of respondents have completed the vaccination schedule and 37% are still waiting for the date. Only 5% do not want to receive the immunizing agent and 1% do not know. Resistance to the vaccine is greater among those who say they trust the president, among those who assess the government as good or great, and among those who already declare their vote in Jair Bolsonaro in 2022. Datafolha heard 2,074 people aged 16 or over in 146 Brazilian cities between the 7th and 8th of July. The survey’s margin of error is plus or minus two percentage points. This Wednesday, a new shipment with 924.3 thousand doses from Pfizer lands at Viracopos airport, in Campinas. There are already 17 million delivered from the total contract of 100 million doses that should arrive in Brazil by September.