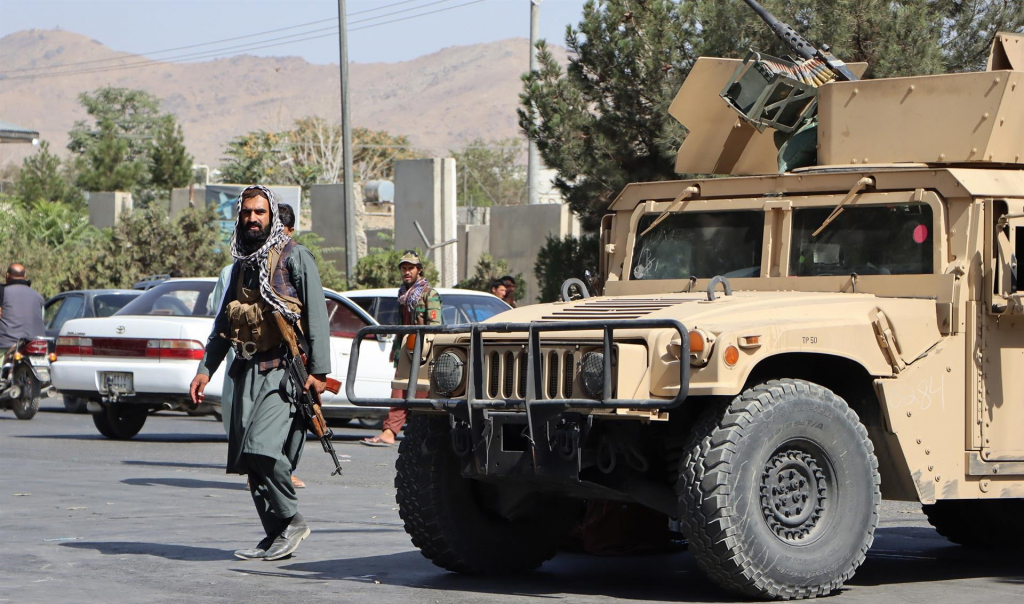 When they practiced their profession, the magistrates tried and convicted men from the extremist group and, for this reason, they are being persecuted and murdered in Afghanistan

EFE / EPA / STRINGERThe Taliban is an extremist group that took control of the Afghan capital, Kabul, in late August.

Hundreds of Afghan judges asked Brazil for help to escape the Taliban, an extremist group that took control of the Afghanistan after the departure of US troops from the country. In an interview with Morning newspaper, gives Young pan, the minister of the Superior Military Court, Elizabeth Rocha, defended the need for the country to grant political asylum to these women. According to the magistrate, the judges sent a request for help through the Association of Afghan Judges. The request for help was also sent to the IAWJ, which is the International Association of Women Judges. “They sent the request because their lives are at risk as, when they exercised the magistracy, they tried and convicted Taliban men”, explains the minister. Initially, 260 judges asked for Brazil’s support. Now, that number is lower, as many of them were murdered by the terrorist group. “Unfortunately, there are no longer 260 judges. We already know that several of them have already died and that their families are being persecuted”, said Elizabeth.

The initial idea is to bring the magistrates to Brazil with political asylum and humanitarian passports for their families. “Our country has a tradition of welcoming political exiles. It did this with the Syrians and Haitians. ‘Operation Welcomed’, carried out by the Brazilian army in Roraima, is a success, a humanitarian example for the world. And more than that, Brazil is a signatory to international human rights treaties. It is time for these treaties to assert themselves and be effective”, he defended. According to Elizabeth Rocha, some Brazilian authorities have already positioned themselves in favor of the initiative. Among them, the president of the Supreme Court (STF), the minister Luiz Fux, and the minister of the Superior Court of Justice (STJ), Humberto Martins. The minister of the Superior Military Court stated that a ministerial meeting is scheduled for this Thursday, 2, to discuss the matter. The ministers of Defence, Foreign Affairs, Justice, Civil Affairs and Women, Family and Human Rights will be present. “The Minister of Defense was extremely sensitive to our appeals and was ready to help us as much as possible. Today there will be a ministerial meeting with the presence of the Ministry of Foreign Affairs, because our chancellor is committed to dealing with the issue with the greatest speed”, reported Elizabeth.

In addition to national forces, international assistance will be needed. “Minister Luiz Fux encouraged the possibility of international cooperation, since there are already agreements signed between the Supreme Court, the National Council of Justice and the international States in this regard. But these agreements, unfortunately, are not yet onerous and these women need to survive in the country”, lamented the minister, who explained that this international cooperation is essential for the execution of the initiative. “We are seeking international cooperation, because Brazil is unable to send planes and carry out rescues on Afghan soil. It is necessary that they are, at least, in the Pakistan so that we can pick them up,” he said. Pakistan’s government still reported that it needed financial help, as there is no structure in the country to support the judges and their families. The country needs them to be withdrawn within a maximum of 30 days.