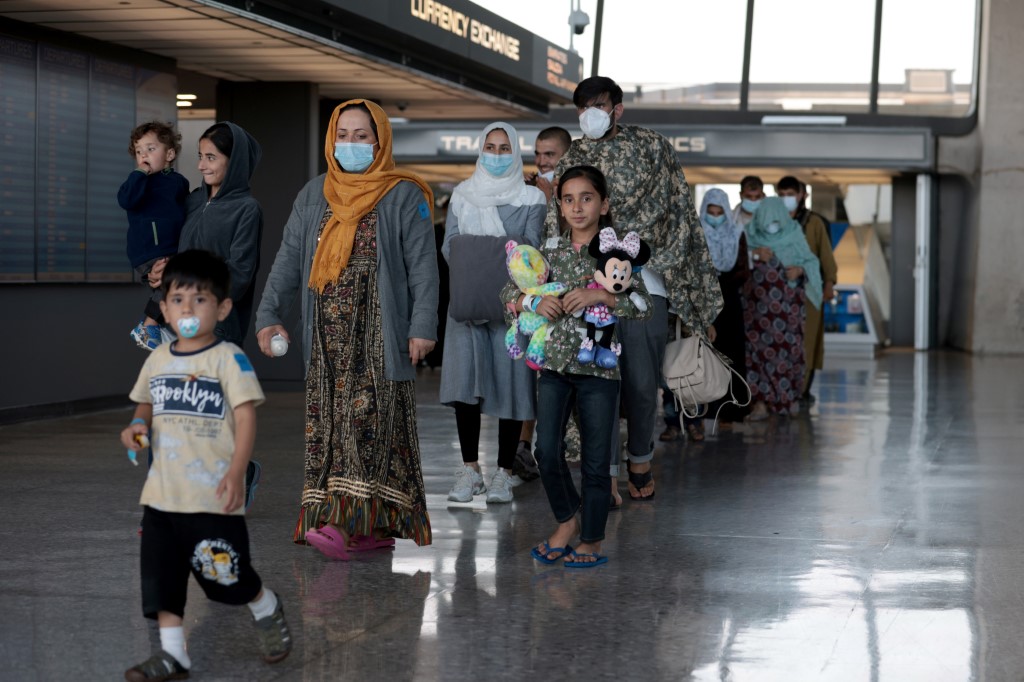 Eduardo Cabrita, representative of the Portuguese Government at the meeting, has already made it known that one of the priorities is “to create conditions so that, above all, there is no wave of refugees or migrants”.

The interior ministers of the European Union will try to agree a coordinated response to the situation in Afghanistan that prevents a migration crisis like the one caused in 2015 by the war in Syria, in an extraordinary meeting that will take place this afternoon in Brussels.

After an extraordinary videoconference held on August 18, three days after the Taliban occupied Kabul, the ministers responsible for internal affairs of the 27, including the minister of internal affairs, Eduardo Cabrita, meet again to discuss the situation in Afghanistan, this time in person, on the day that marks the deadline for US withdrawal the country, and how much all the other allies have already completed evacuation operations.

Ahead of the 27 meeting, the Slovenian EU Council presidency indicated that the aim is “to coordinate the EU’s position on how to respond to the potential impact of the situation there [no Afeganistão] on migration and security situation in the EU”, the Council’s six-monthly rotating leadership being the objective of adopting a common declaration ensuring “a concerted approach and coordinated communication”.

“The goal is also to develop a set of measures that help to prevent repeat of 2015 scenario, when Member States faced brutal migratory pressure” from Syria, the Slovenian Interior Minister took over, Ales Rojs.

Many EU Member States have already expressed availability to receive Afghans who are fleeing the country for fear of Taliban reprisals, with a group of 36 refugees from Kabul arriving in Lisbon on Saturday, and Portugal has so far received a total of 61 Afghan refugees.

At the end of the videoconference on the 18th, Minister Eduardo Cabrita emphasized that “Portugal has always had a active participation position in processes of resettlement or relocation”, arguing that it is also important at this stage to “create conditions so that, first of all, there is no wave of refugees or migrants”, which he said is only possible with a coordinated response to European level, which the 27 will then try to reach today.

In an interview given to the Italian newspaper Corriere dela Sera, published today, the head of European diplomacy, Josep Borrell, argues that the management of the situation also involves enhanced cooperation and financial aid “to neighboring countries” of Afghanistan, since “Europe’s capacity to receive has limits”, so it is necessary to involve neighboring countries, similarly to the agreements that the EU made with Turkey six years ago in the context of the conflict in Syria.

According to an outline of the joint declaration circulated by the Slovenian presidency with a view to its adoption today, the Council precisely envisages a help commitment to neighboring countries for the reception of refugees, recognizes the need to support and provide adequate protection to people in need, assumes the importance of “bring practices closer together in the Member States” on the handling of asylum applications from Afghan nationals.

In addition to the ministers with the Home Affairs portfolio of the 27 Member States, representatives of the European Commission, the European External Action Service, the Frontex border guard agency, Europol, the Asylum Support Office and the coordinator will also participate. of the EU’s fight against terrorism.

The meeting starts at 13:00 in Brussels (12:00 in Lisbon), and should continue until the end of the afternoon of the day that marks the end of the presence of international forces in Afghanistan, decided by the United States.

Later this week, Afghanistan will dominate two other meetings Ministerial Councils of the EU, the Informal Councils of Defense Ministers (Wednesday to Thursday) and Foreign Ministers (Thursday and Friday), which will take place in Slovenia.