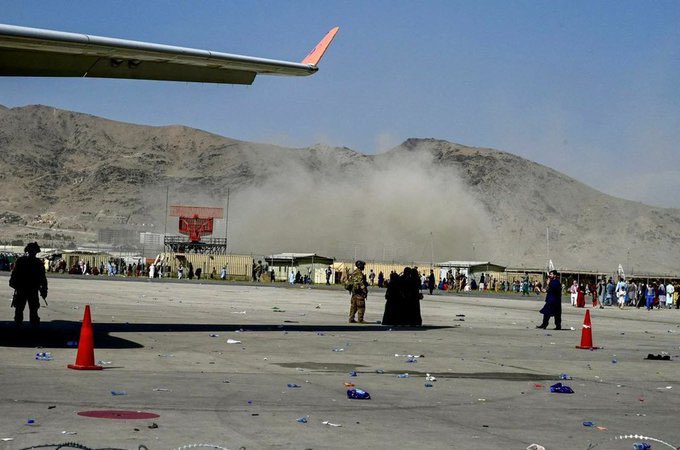 Relatives of Afghan civilians killed by “mistake” during an American drone attack in late August in Kabul this Saturday considered Washington’s apology “insufficient” in an interview with AFP.

“They have to come here and apologize in front of us,” he added.

Farshad Haidari, whose brother Naser and younger cousins ​​were also killed in the attack, said the United States did not come into contact with the family directly.

“They have to come and indemnify”, said the 22-year-old, interviewed at the family home in Kwaja Burga, a neighborhood in northwestern Cabal, where the car destroyed by the American ‘drone’ was parked at the time of the incident.

On Aug. 29, the United States destroyed the vehicle, claiming it was “laden with explosives” and thus asserting that it had aborted an attempted attack by the Islamic State’s local branch, ISIS-K.

The next day, the family of the vehicle driver, Ezmarai Ahmadi, reported that he worked for a non-governmental organization (NGO) and that 10 people, including seven children, had been killed.

However, on Friday, the US military recognized as “a tragic mistake” and US Defense Secretary Lloyd Austin offered his “sincere condolences” and “apologies” for the mistake.

The brother of the mistakenly killed NGO worker Aimal Ahmadi, whose three-year-old daughter Maleka is one of the casualties, also told AFP that was not enough.

“Today it is good news for us that the United States has officially recognized that it has attacked innocent civilians“he stated.

“Our innocence has been proven”, but now “we demand justice” and “we want compensation”, he added.

On Friday, Gen. Kenneth McKenzie, head of the Central Command of US forces in Afghanistan, said the government was considering paying compensation to the families of dead civilians, without giving further details.

“It is unlikely that the vehicle and those who died were linked to ISIS-K”, or represented “a direct threat to US forces [Estados Unidos da América]”, said General Kenneth McKenzie at the time.

For Ezmarai Ahmadi’s nephew, those responsible must be arrested and tried.

“Naser worked with the Americans for about 10 years. My uncle also worked with international organizations”, he underlined, adding that they all received documents to be removed from the country after the Taliban took power in mid-August.

They all expected, he stressed, to arrive quickly in the United States, before being killed on 29 August.

This attack occurred the day after the bomb attack, claimed by the Islamic State of Khorasan Province (ISKP), which in Afghanistan is considered an enemy of the Taliban.

US President Joe Biden has pledged to “hunt and make pay” the perpetrators of the bombing, which caused at least 170 deaths and 150 injuries, including 13 US soldiers.

The Taliban conquered Kabul on August 15, concluding an offensive that began in May, when the withdrawal of US military forces and NATO began.

International forces have been in the country since 2001, in the context of the offensive led by the United States against the extremist regime (1996-2001), which welcomed in the territory the leader of al-Qaida, Osama bin Laden, mainly responsible for the terrorist attacks of 11 February. September 2001.

The seizure of the capital ended a 20-year foreign military presence in Afghanistan by the United States and NATO allies, including Portugal.