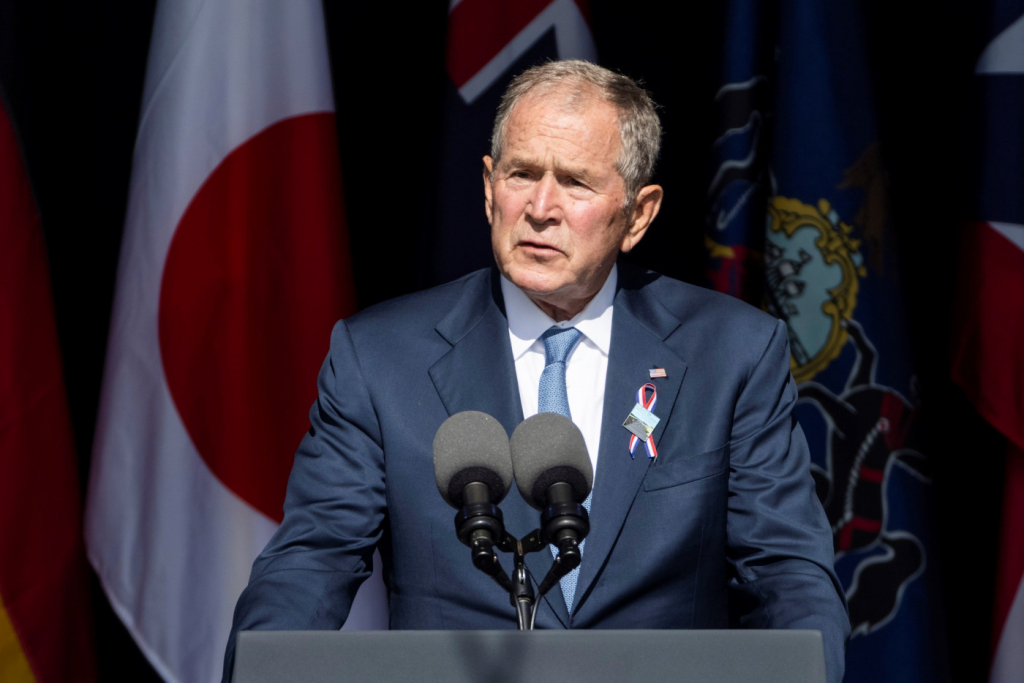 EFE / Jim Lo ScalzoBush cited the “resilience” of the American people and said that even with the attacks, citizens remained receptive to immigrants and refugees.

The former president of USA, George W. Bush, made a speech this Saturday, 11, during a memorial service for Flight 93 in Shanksville, Pennsylvania, marking the 20th anniversary of the attack on September 11th, when planes commanding the Al Qaeda collided with the Twin Towers in New York. The statement is part of a series of tributes by the country’s authorities and citizens to the 2,977 victims of the attacks. “Twenty years ago, we all discovered, in different ways, in different places, but all at the same time, that our lives would change forever,” Bush said at the beginning of his speech. “These lives remain precious to our country and infinitely precious to each of you. Today, we share your loss, your pain, and we honor the men and women you have loved for so long and so well. For those too young to remember that day, it’s hard to describe the mixed feelings we experienced, the horror at the scale of destruction, the awe at the bravery and kindness there, the other clash within the audacity of evil and gratitude for heroism and for the decency of those who faced.”

“There are still many who struggle with solitary pain, but we learned other lessons. We have seen that Americans are vulnerable, but they are not fragile and have strength at heart that can survive. Bravery is common and can emerge in the face of death,” continued the former president, signaling the families of the victims of the attack. Elsewhere in the speech, Bush cited the “resilience” of the American people and said that even with the attacks, citizens remained receptive to immigrants and refugees. “The strength to go back to work in common life. In the days of grief and pain, I saw millions of people giving their hands to their neighbors and helping each one, this is the America I know. In times where religious attacks could happen, Americans reaffirm their support for immigrants and refugees. This is the nation I know.”

Also during the speech, George W. Bush said that after the attacks, “many tried to understand why the enemies hated us so much” and sent a message to the US military that served the country in the war on terror that would result from the 11th of September. “The causes you pursue, you have freed our country from many dangers and moved forward where you needed to. Nothing that happened after that can scratch the honor and what you accomplished. Our country will be forever grateful,” he said. The former president’s statement comes just after the tragic departure of the United States from Afghanistan, a military occupation that took place after the attacks on the World Trade Center in 2001.

To end the tribute, George Bush quoted from the victims of the Voo United 93, which departed from Newark Airport in New Jersey, bound for California. Part of the passengers realized that the flight had been hijacked and fought against the hijackers, preventing the aircraft from being diverted for a possible attack on the White House. “Twenty years ago, they attacked Americans on a normal routine flight to cause collateral damage in an act of terror. The 33 passengers and seven crew on Flight 93 could have been any group of citizens selected by destination, but they raised for us all. They banded together and challenged the evil plans. They were brave, strong, and united in a way that shocked the terrorists, but it shouldn’t surprise us. This is the nation we know. And when we need hope and inspiration, we can look up to heaven and remember [deles].”