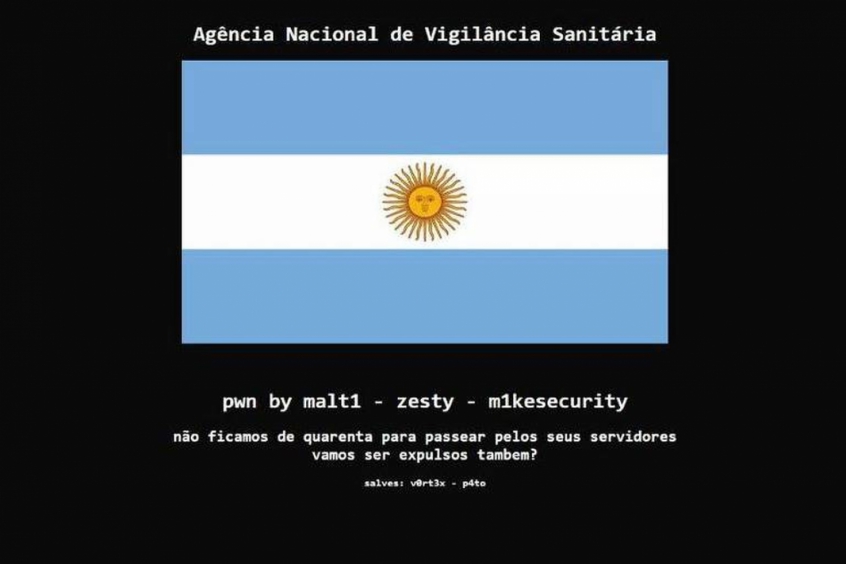 Message in attack alluded to the cancellation of the match between Brazil and Argentina, for the qualifiers for the 2022 World Cup

One of the pages on the website of the National Health Surveillance Agency – Anvisa was hacked this Wednesday afternoon, 8. Message posted in the air contained the flag of the Argentina and the following sentence: “We are not quarantined* to walk around your servers. Are we going to be expelled too?”, alluding to the confusion of the game between Brazil and Argentina, from last Sunday, by South American qualifiers for the 2022 World Cup. To the Folha de S. Paulo newspaper, Anvisa said it would trigger the Federal police by the attack. “In view of this criminal action, Anvisa is immediately calling the Federal Police and adopting technical measures to seek the restoration of the system”, they said. Access has already been re-established. Also on Wednesday, the organ published a chronology of events that led to the cancellation of the match.

According to a statement, on September 1, four Argentine players filled out mandatory electronic documents to enter Brazil, and landed on September 3. On the same day, Anvisa informed that it learned of “rumors” that some athletes were not complying with the rules Sanitary. On Saturday, the 4th, the São Paulo Health Department found that these players did not provide true information. In the afternoon, the agency activated the Ministry of Health, a CBF, Conmebol and Argentina to determine the quarantine. On the day of the game, at 11:39 am, the Federal Police was called to make them return. At 3:00 pm, the committee arrived at Neo Química Arena and was stopped.