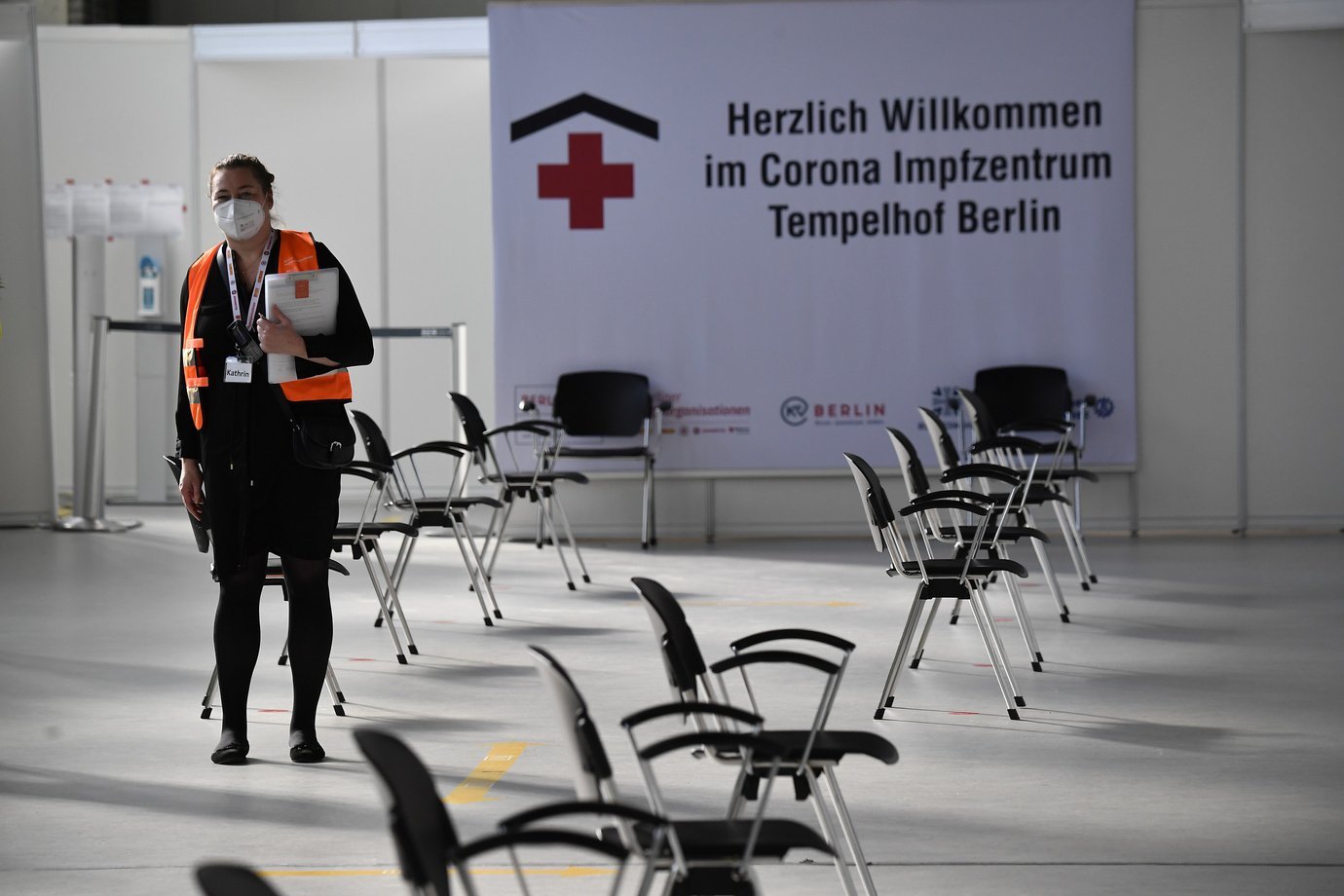 EMA, the European Union’s drug regulator, reinforced its new vote of confidence for the AstraZeneca and Oxford University vaccine on Tuesday, after the agency’s experts analyzed suspicions that the vaccine could be causing clots in vaccinees .

According to the agency, there was no evidence that the cases of possible symptoms are related to the vaccine.

So far, no regulatory agency has called for the vaccine to be suspended, but decisions have been made by politicians. At least 20 countries, such as Germany, France, Italy and Portugal, have suspended vaccination with AstraZeneca in recent days, as a “precaution”, according to the governments. Regulatory agencies have been asking for vaccination not to be halted.

“We had large databases that showed safety and effectiveness in large populations,” said Emer Cooke, EMA’s executive director, at a new press conference this morning. “We remain convinced that the benefits outweigh the risks.”

The agency argues that over 17 million people have been vaccinated in the UK and the European Union and that cases of suspected side effects – a few dozen so far – they are appearing in the same proportion or even less than they would appear in unvaccinated portions of the population.

The United Kingdom, the country that has applied the vaccine the most and where the AstraZeneca / Oxford immunizer is the flagship of a successful vaccination program, has been the biggest supporter of the product, and says that no cases of problems have been found. related to the immunizer among those vaccinated in the country.

Ann Taylor, AstraZeneca’s medical director, also said in a note on Monday that “the number of cases of thromboembolic events reported in this group [que recebeu a vacina] is less than the hundreds of cases that would be expected in the general population “.

The EMA is reevaluating cases of clots and other problems in vaccinees and will present the results on Thursday, 18. Until then, it has recommended that countries not stop vaccination.

EMA’s Cooke said the numbers were “very, very dynamic” and that by March 10, 30 cases had been reported, but with new cases reported over the weekend, the number is expected to rise.

In a global note on Monday, AstraZeneca said there was no evidence that there was an “increased” risk of problems after people got the vaccine. The company said in the statement that as of March 8, 15 events of deep vein thrombosis (DVT) and 22 events of pulmonary embolism have been reported among vaccinees.

There was also special attention to a batch of vaccines delivered to members of the European Union, but the EMA said today that, among the cases of clots and other reported problems, they have gone beyond a single batch, so it is unlikely that there will be problems with a specific shipment.

The vaccine of the same type used in Brazil is also of a different batch. It was sent not by AstraZeneca’s own factory, but by the Serum Institute in India, the largest vaccine manufacturer in the world and which has an agreement with AstraZeneca to produce and distribute doses of the vaccine. For now, the 4 million ready-made doses that arrived in Brazil all came from Serum. The Oswaldo Cruz Foundation factory also started its own doses with imported input (the so-called IFA) this month and delivers the first doses this week.

In a note, Anvisa said that it follows developments in the European Union.

For experts, the risk of not vaccinating at this time is much greater. Yesterday, both EMA and the World Health Organization had already stated that the risks of death and potential permanent side effects for survivors from covid-19 they are more dangerous than unproven vaccine risks, and that countries should not fail to vaccinate thousands of people just because of suspicion.

“There is a lot that happens daily in our life, sometimes you wake up bad, with a problem. And in general they are things you ignore. But, if you had a vaccine the day before, a concern arises”, says Paulo Lotufo, from USP Medical School.

Lotufo also points out that AstraZeneca’s testing group in the tests was large and, even so, possible problems with thrombosis did not appear, as the regulatory agencies have reiterated.

The European Union has so far recorded 575,000 deaths from covid-19 and more than 24 million cases. You bloc countries have recorded about 2,000 deaths per day, according to the moving average of the last seven days.

The number of new cases and deaths by covid-19 fell dramatically in Western Europe and the UK amid the advance of vaccination.

Political clashes between AstraZeneca and the EU

The suspensions accentuate the recent clashes between the European Union and AstraZeneca and the political issues surrounding coronavirus vaccines worldwide.

AstraZeneca, which is of British and Swedish origin, announced in recent months that it would delay the delivery of part of the vaccines sold to the EU, which irritated the bloc’s powers, which paid for part of the development of the vaccine, made in partnership with the University from Oxford. In all, the EU has reserved 400 million doses.

Another sensitive point for the European bloc is the fact that deliveries to the United Kingdom – which officially left the EU after Brexit – have been made without further delay.

The United Kingdom is one of the countries that has most vaccinated in the world so far ( 38 doses applied per 100 inhabitants). The British have managed to vaccinate proportionately more quickly than the European bloc (11 doses per 100 inhabitants). In addition to AstraZeneca, both use the vaccines of the American Pfizer (with the German BioNTech) and Moderna, which have messenger RNA technology.

AstraZeneca says it has not been able to produce the promised quantities, and that the UK approved the vaccine before the EU, which meant the country received doses earlier. EMA, the European Union regulator, did not approve the vaccine until January 29, almost two months after the British.

“Countries that have suspended [a vacina] are in Europe. There is a political issue involved. The United Kingdom was very skilled in vaccination, managed to use a very well-structured public health system. And other European Union bets did not work. This generates friction “, says Lotufo, from USP.

Doctor Phil Bryan, director of the British regulatory agency, MHRA (similar to EMA in the European Union and Anvisa in Brazil), said that technicians in the country are closely assessing possible problems, but that blood clots are frequent naturally and it is not possible to associate them with the vaccine until now.

“Given the high number of doses administered, and the frequency with which blood clots can occur naturally, the available evidence does not suggest that the vaccine is the cause,” he said.