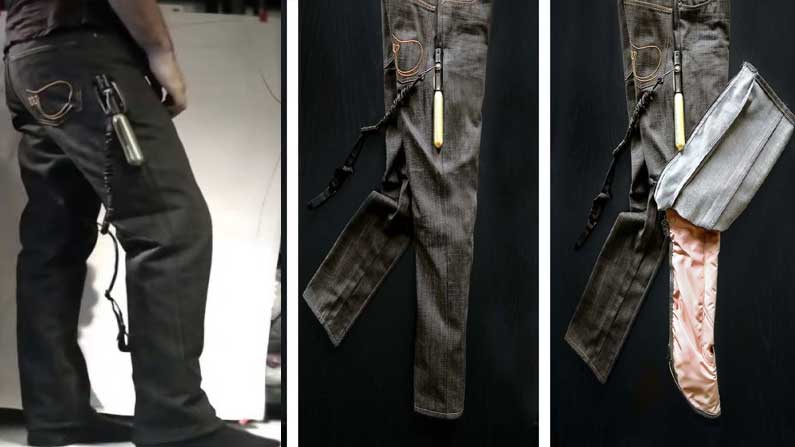 The highest number of deaths in the world is due to road accidents. Bike accident deaths are high in many countries, including our country, the superpower America …

Airbag Jeans: The highest number of deaths in the world is due to road accidents. In our country, on an average, there are 1,430 road accidents every day and 414 deaths. According to official figures, the number of bike accident deaths is high in many countries, including the United States. It was in this context that airbags were introduced for cars to avoid the risk of death in the event of an accident. This has reduced the number of deaths in car accidents. The helmet protects us while riding the bike .. but it is not perfect .. it only protects the head .. only the brain .. With this a company is making the latest airbag jeans for the protection of those who ride the bike.

These airbag jeans are manufactured by the Swedish company “Airbag Inside Sweden AB”. Wearing these can save lives in the event of an accident while traveling. In fact, these airbag jeans were first introduced 16 years ago. Then there was only a leather layer on those jeans. Now it has been further developed with modern technology to make the Super Strong Jeans prototype.

People who ride bikes wearing these will have their airbags inflated and inflated in the event of an accident. This will prevent the body from falling down and being severely injured. Not harmful to the body. The airbag jeans need to be certified by European Health and Standards, says designer Shahrivar. Not only that .. With this new invention it is more safe for those who travel on a bike. This is the first time that a device has been designed that protects all the organs of the body, especially the lower parts. It is said to be released into the market after testing.

The company has raised Rs 1,31,37,750 from the European Union for the development of these jeans. It seems that there is a chance that these jeans will be released into the market in 2022.

The number of new cases of corona is declining worldwide. How many cases have been reported in the last 24 hours?