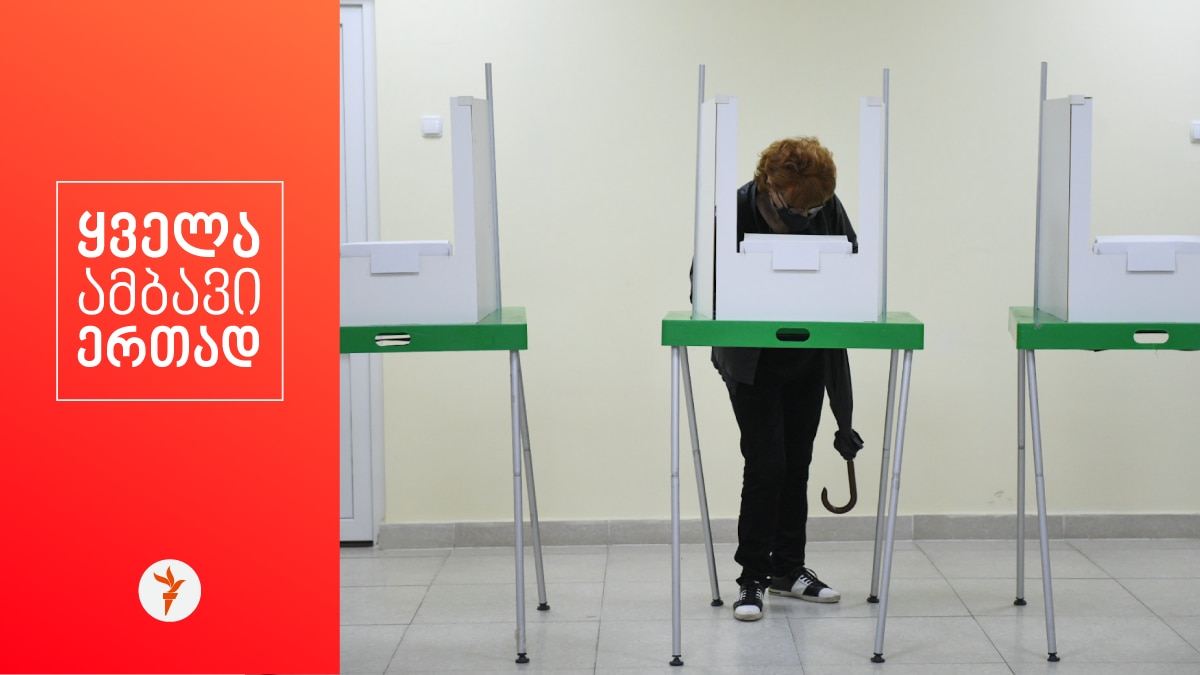 Elections 2021: Where, when and why will the second round take place?

According to the preliminary results of the 2021 self-government elections, in all five self-governing cities of Georgia, none of the candidates won the mayoral elections in the first round. The winner was not revealed in either 15 self-governing communities or in a number of majoritarian constituencies. This means that there are second rounds ahead.

The second round of elections for both the mayor and the Sakrebulo will be held on the fourth Saturday after the elections – in this case on October 30.

This time there will be only two candidates on the ballot – those who received more votes than the others in the first round.

According to preliminary data, voters in all five self-governing cities and 14 self-governing communities will have to choose between the candidates of the Georgian Dream and the National Movement.

The exception is Tianeti, where in the second round the candidate for the Georgian Dream will be Tamaz Mechiauri-United Georgia.

What else do we need to know about the second round? Find out here.

The Central Election Commission continues to count the votes. However, it is already known how the mandates will be distributed in the Tbilisi City Council, as well as where the second round will be needed. It is known at this time that:

In the letter, he congratulates Melia on her victory and says that it is a “miracle” that no one expected.

“Now, in all the cities where the second round is and this is all our proud Georgian big cities, we should not come like the second round of 2018 and, on the contrary, we should go on a constant and much stronger attack. Special congratulations to your father!” – Saakashvili writes to Melia.

The former president writes that it is necessary to unite all the opposition, just a healthy force and forget all the grievances.

“No revenge against anyone, because we are all Georgians and children of this country in general. “I am proud of your success and I am also ready and affirming that I am ready, at the cost of my life, to fight to bring every inhabitant of Georgia out of the hardships and hardships of life and to win Georgia.” – It is said in Mikheil Saakashvili’s letter.

Supporters of the ex-president will hold a “Freedom March” near Rustavi prison today.

From today, learning begins in classrooms and classrooms

Today, October 4, schooling and universities begin. During the learning process, students (all classes) will be required to wear a turban.

As for vocational colleges and universities, they have the right to resume the learning process in the format they attend. According to the Minister of Education, this decision should be made by the schools themselves.

According to the decision of the Ministry of Education, parents will be able to choose both online and offline teaching.

According to the Ministry of Education, schools are ready to resume education. “The Ministry has completed not only equipping public schools with hygienic facilities throughout the country, but also improving school infrastructure.” – says the Ministry.

Stay tuned for news on this topic In the Radio Liberty news section.

Dozens of publications on Sunday published an investigation based on one of the largest information leaks in the history of the world about offshore companies and their real beneficiaries.

One year ago, the International Association of Investigative Journalists (ICIJ) obtained from an anonymous source internal documents of offshore registrars from around the world, which journalists called the “Pandora Archive”. About 600 million journalists from 117 countries worked on the investigation of the approximately 12 million documents.

According to the documents, beneficiaries of offshore companies or owners of real estate obtained through offshore companies were and are close to Russian President Vladimir Putin, including German Gref, chairman of Sberbank, and First Channel CEO Konstantin Ernst.

It is difficult to determine exactly how much money is hidden offshore, but according to the ICIJ, estimates range from $ 5.6 trillion to $ 32 trillion. According to the International Monetary Fund, world governments lose $ 600 billion a year in taxes due to the use of the “tax haven”.

Several people were killed in an explosion near a wooden mosque in Kabul. A Taliban government official, Zabihullah Mujahideen, said the blast occurred as his mother was saying goodbye to a mosque.

Three suspects have been arrested in connection with the attack. No one has claimed responsibility for the attack. According to local media, after the attack on the mosque, the Taliban engaged in a fight with the extremist group “Islamic State”.

The third president of Georgia, who is currently the only Ukrainian citizen, said on the morning of October 1 that he was already in Georgia after eight years of exile. Prime Minister Irakli Gharibashvili announced at a special briefing on the evening of October 1 that Saakashvili had been arrested.

Mikheil Saakashvili held the post of President of Georgia in 2004-2013. After the end of his second term, he continued his political career in Ukraine, but never left the Georgian political scene until the end.

Saakashvili, the leader of the Rose Revolution and twice elected president, has now been sentenced to prison on two counts and charged with two more counts: