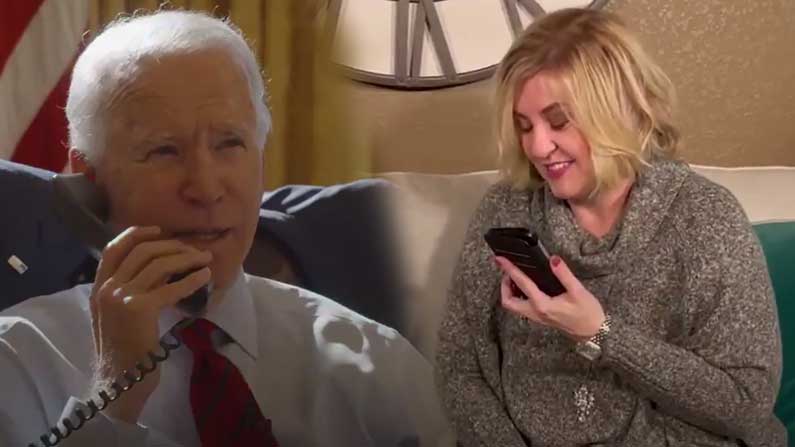 America President: The corona epidemic has rocked the world. It has devoured millions of lives, big or small, old or small. Not only that .. Corridor has shattered the lives of millions. Many people lost their jobs and fell on the road due to the spread of the virus. Many more starved to death. However, some people are hoping that the government will take care of the people who have lost their jobs and are in dire straits. It was during this time that a woman wrote a letter to Joe Biden, the newly elected President of the United States. She was also a victim who lost her job due to corona. However, many people like her have lost their jobs .. recognizing that they are in serious condition .. decided to do something for them. It was in that context that Michel Wolkert of California wrote a letter to the new President Biden. Corona pleaded in the letter to do anything for those who lost their jobs because of it and were in distress.

However, her letter eventually reached US President Joe Biden. After reading it, he immediately phoned Michelle. Asked for all the details and found out. Michelle complains to Joe Biden that Corona has laid off many employees in her company and that she too has lost her job. Awadh expressed that it is also difficult to find a job at the present time. Michelle begs Biden to support her, saying that many like her have a job or are in trouble. Biden, who heard what she said, explained that all those who had been harmed by the corona were being treated under emergency relief. Biden said on the occasion that his father always told him that a job was an honor and a courtesy. Biden assured Michelle that more would be done to help those affected by the corona. Meanwhile, Michelle was pleased with Biden’s assurance. Special thanks to Biden. In response to her letter, Michelle said that Biden was happy to call her.

Last year, Michele lost her job because of the pandemic. I recently gave her a call to hear her story and discuss how my American Rescue Plan will help families like hers. pic.twitter.com/SAqM2GytPf

Visakha Steel Plant Strategy: YCP leaders remain silent till yesterday and speed up as a result

The AP-BJP leaders, who were shaken by the central decision on Visakhapatnam steel, are trying to change the mindset of the Delhi elders