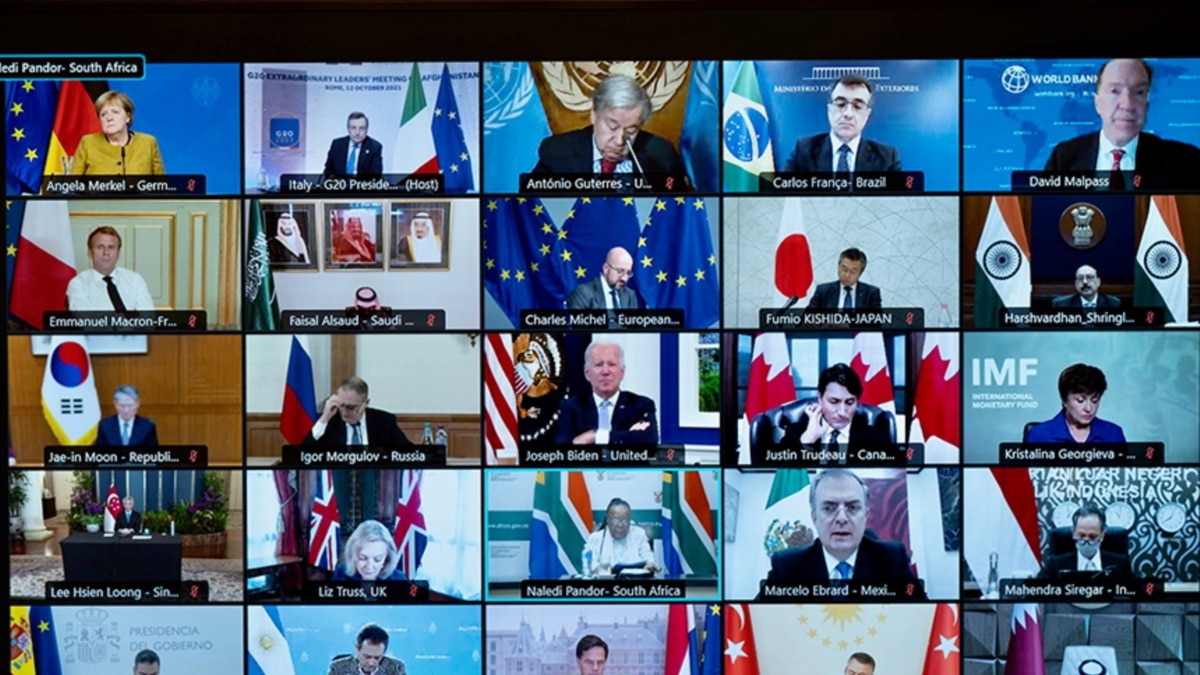 US President Joe Biden on Tuesday virtually met with the leaders of the world’s richest countries. According to the White House, the main topic of conversation of the platoon was Afghanistan and its priorities.

After the United States and its allies left Kabul completely in August, the issue of the need for humanitarian aid in Afghanistan became particularly acute. White House spokeswoman Jen Psak said Tuesday’s teleconference for the platoon leaders was “a constructive opportunity to discuss ways of counterterrorism.” [ავღანელი ხალხისთვის] To provide international humanitarian assistance. ”

This was the first meeting of its kind for world leaders since August. The White House says the United States remains committed to “working closely with the international community, through diplomatic, humanitarian and economic means, to support Afghanistan and the Afghan people.”

The White House has not specified how these promises will be fulfilled. The United States remains the largest donor to Afghanistan. The aid sent to Kabul will exceed $ 330 million this year.

However, the UN thinks this is not enough. UN Secretary-General Antonio Guterres says there is a turning point in Afghanistan’s history and that it is a matter of “presence-absence”. “If we do not act immediately and help the Afghans to deal with this storm, not only they but the world will pay a heavy price,” he said at a virtual meeting on Tuesday.

This week, Washington officials met with Taliban members in Doha. This was their first negotiation since the fall of Kabul to date, with US Secretary of State Spokeswoman Ned Price not specifying whether any decision had been made at the meeting. According to official reports, they discussed the issues of terrorism and the direction of providing humanitarian aid to the Afghan people. One of the main topics of conversation was women’s rights.