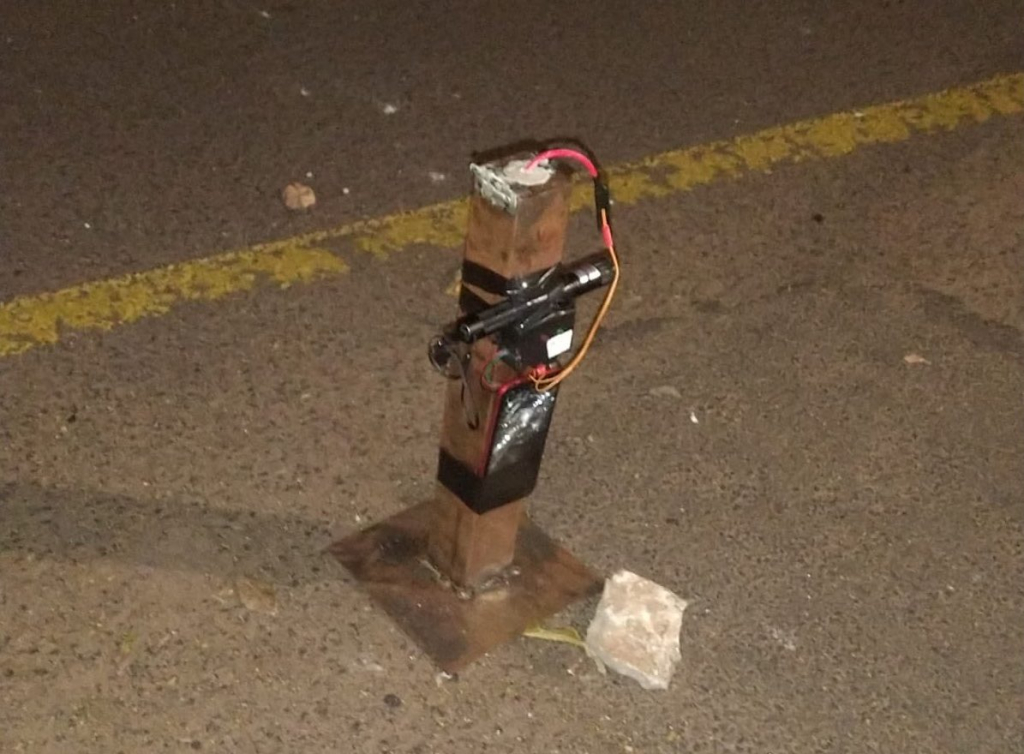 Resident underwent repair surgery because of deep cuts on his hands; three other victims are hospitalized in the Santa Casa in the municipality

Reproduction/Twitter/@gaybs_serafimQuadrilha left 28 explosives in different points of Araçatuba; one of them hit a resident

A heavily armed gang fired and took hostages to rob two banks in the central region of Aracatuba at dawn this Monday, 30. Pedestrians were taken to strategic points where they remained as human shields. Military Police bases were attacked by criminals – who spread 28 explosives throughout the city and even threw money in the streets. Of the six injured by the criminal attack, four are admitted to the hospital in Holy House of the city. Among them, a 25-year-old man who was hit by one of the bombs left by criminals. The resident was walking down the street when he spotted the artifact, which he thought was a cell phone. When he bent down to pick up the device, the bomb was triggered and exploded, hitting the victim’s lower limbs and hands. Because of the explosion, he had both feet amputated. The fingers of the hand had also suffered deep cuts, but they did not need to be amputated due to a corrective surgery performed by the medical team. The institution informs that he will remain hospitalized.

At least two suspected of taking part in the action have already been detained and a third died in confrontation with the police. Another victim, who is being assisted by Santa Casa, is under police escort. The 28-year-old man was shot in the abdomen and hand. The bullet that hit the belly was transfixed and there was no need for surgery. The upper limb injury was more severe and that is why he is undergoing surgery at the moment. According to the hospital itself, the man was heard before the procedure by the police, who doubted his version of the story and the documents presented by the agents. He will remain under police escort until clarification is completed. A third, aged 31, was shot in the face and arms. He remains intubated and under evaluation by the specialty. His clinical condition is severe, but remains stable. The last hospitalized, also male, is 38 years old and was shot in the legs, arms and head (scrape). After undergoing surgery, he was extubated and remains in Post-Surgical Recovery in a stable clinical condition. The latter will also remain under police escort.