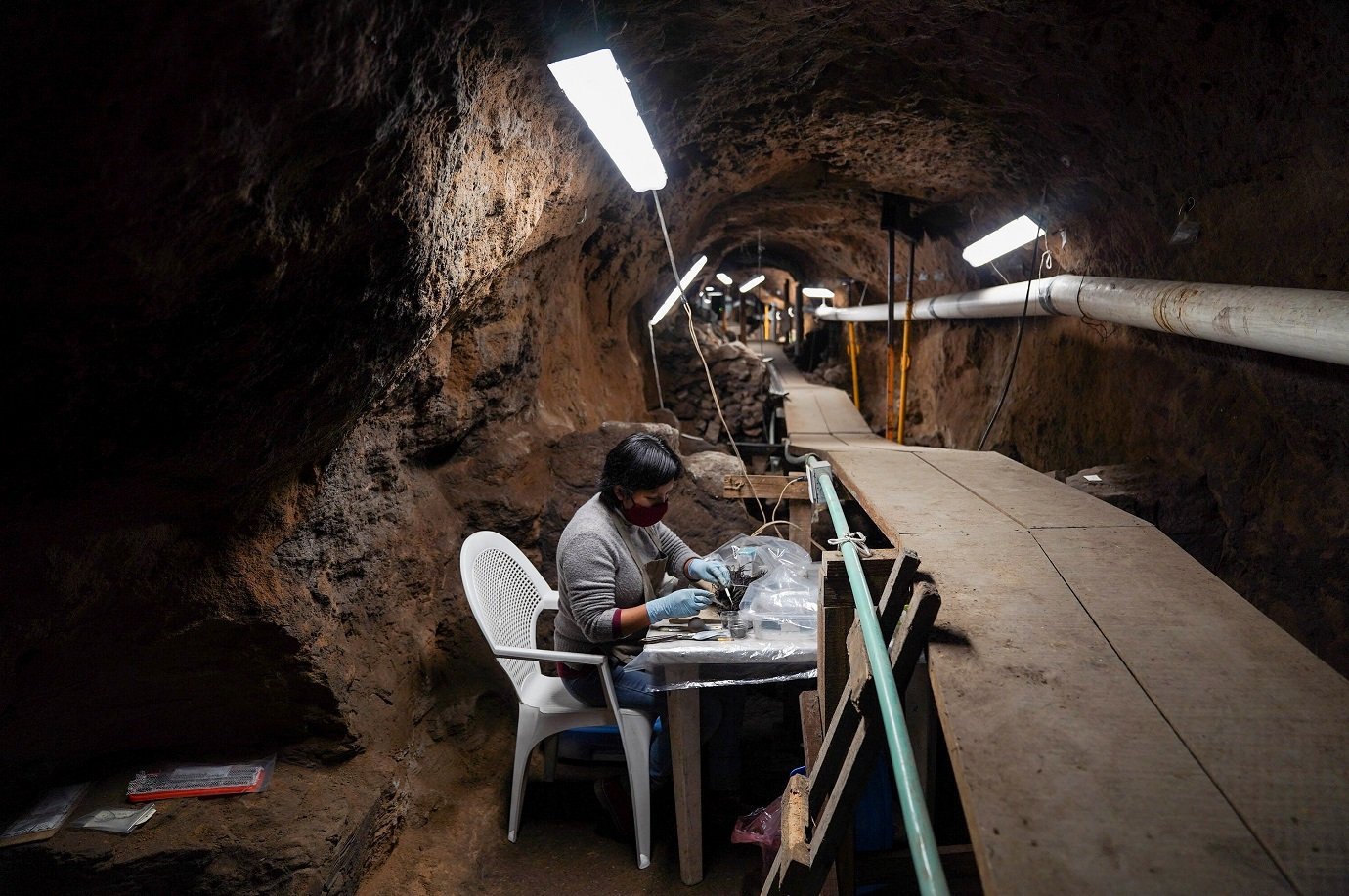 More than a decade after Sergio Gomez began digging a tunnel under a mexican pyramid imposing, the archaeologist still spends most of his time studying the huge deposit of sacred artifacts carefully deposited there by priests about two thousand years ago.

The sheer volume and variety of objects hidden in a sealed tunnel beneath Teotihuacan’s ornate Pyramid of the Plumed Serpent breaks records of discoveries in the ancient city, once the most populous metropolis in the Americas and now a major tourist attraction not far from Mexico City.

More than 100,000 artifacts from the tunnel have been cataloged so far, ranging from finely carved statues to jewelry, shells and pottery, as well as thousands of wooden and metal objects that have survived the passage of time almost intact.

On a recent tour of the tunnel and conservation workshops where his 30-member team digs into the treasure, Gomez showcased some of the most spectacular and yet unrevealed discoveries — all part of the ceremonial offerings left along the 100-metre-long tunnel , which ends in three chambers directly below the central point of the pyramid.

As in other ancient Mexican societies, priests entering the tunnel likely ingested hallucinogenic plants or mushrooms as part of the rituals, said Gomez.