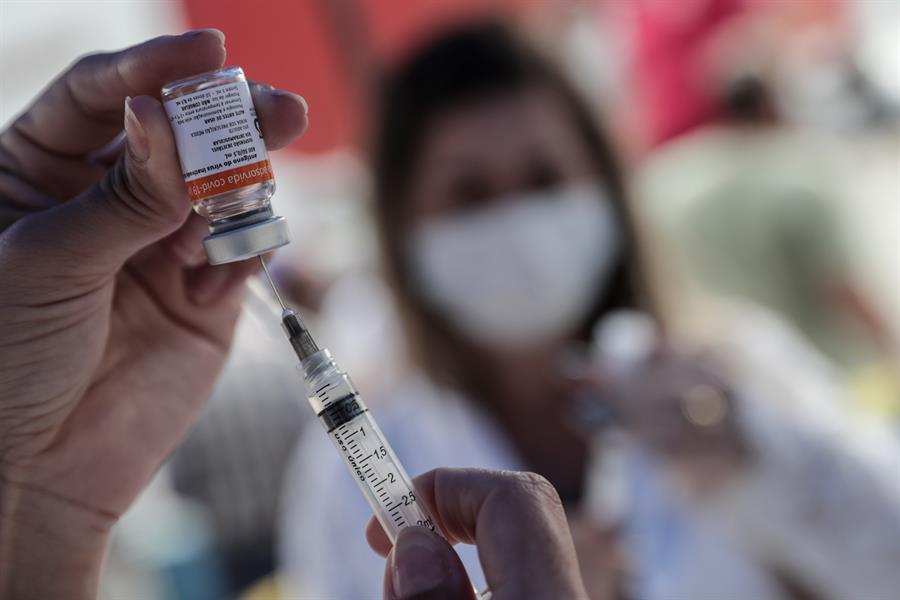 Some European countries have suspended the application of the Oxford University immunizer after cases of thrombosis; entities argue, however, that benefits outweigh possible health risks

EFE / Antonio Lacerda / ArchiveAlthough they are only speculations, there is a possibility that this adverse event is related to the technology used in the two vaccines

The incidence of formation of clots blood in people who have taken the vaccine gives Oxford University, developed in partnership with the pharmaceutical company AstraZeneca, against Covid-19 caused the temporary interruption of immunization with this product in certain countries in Europe. On Thursday, the UK drug regulatory agency said there were 168 occurrences of large blood clots after a dose of the vaccine was applied, an index of 7.9 clots per million doses. In Brazil, at least 47 cases are investigated as suspected of a possible adverse effect of the Oxford vaccine, produced in the country in partnership with the Fiocruz. US USA, occurrences of similar problems were registered after application of the vacina da Johnson & Johnson. In the latter, the majority of notifications occurred in women between 18 and 48 years old. Although the European Union has not registered any problems with this immunizer, the European Medicines Agency (EMA) concluded that there may be a relationship between the vaccine and cases of clots combined with low levels of platelets in the blood. Therefore, he demanded that this be pointed out in the package insert as a very rare possible side effect.

Although they are only speculations, there is a possibility that this adverse event is related to the technology used in the two immunizers. Both the Oxford and Janssen vaccines were made based on adenovirus – when another virus is used as a vector to carry the genetic information of the coronavirus so that the immune system is stimulated to fight the disease. However, there are many other factors that can promote the formation of clots and, in some cases, thrombosis. According to the specialist in Internal Medicine, Luiz Antônio Nascimento, one of them may be the lack of mobility or the Covid-19 infection itself. For this reason, health entities, such as EMA, continue to argue that the benefits of the immunizer outweigh any health risks. According to a preliminary study at the University of Oxford, the risk of developing a severe brain clot – a condition known as cerebral venous thrombosis (CVT) – is eight to ten times higher in people who had coronavirus than in those who received the vaccine in the United States. United.

What is a clot?

The clot is a defense of the body to prevent bleeding. However, a thrombosis can form from it. “When there is a cut, through an injury or trauma, a blood vessel breaks and the blood comes out. The body activates clotting factors to stop the process and prevent bleeding by creating thrombi. Thrombosis happens when this thrombus moves and it can obstruct vessels that are important ”, explains doctor Luiz Antônio Nascimento. According to him, there are factors that stimulate this coagulation naturally, spontaneously, without trauma or anything like that. In addition to Covid-19 and vaccination against the disease, there is also the smoking, or use of contraceptive pill, a genetic predisposition it’s the cancer. And the risks are numerous. According to general practitioner Roberto Debski, small thrombosis can be medicated and controlled with anticoagulants. However, if this thrombus reaches organs such as the lung, abdomen, brain or some important artery, depending on the extent, the sequelae can be more serious. “There are three types of vessels: lymphatics, arteries and veins. When thrombosis occurs in an artery, it is worse. In venous territory, it is not so serious. The cases registered after using the vaccine were what we call DVT (deep vein thrombosis) ”, adds Nascimento.

Is it possible to prevent clots?

According to the specialist in Internal Medicine, the only way to prevent thrombosis is to control the predisposing factors: avoid cigarettes, be active, be careful with contraceptives, between others. In addition, as Covid-19 itself can cause clotting problems, the doctor guides the search for a specialist after recovery, so that tests can be carried out – even if the disease has manifested itself in a mild or asymptomatic manner. “There is the coagulogram, which is an exam that aims to analyze the clotting factors that exist in the blood. If these factors are changed, it is necessary to correct. Not to mention the cognitive sequelae, lack of attention and memory loss. ” The general practitioner Roberto Debski reinforces. “It is important to assess the risks and benefits, the number of reported cases. It is important for the population to get vaccinated. You cannot stop vaccination because the risks of Covid-19 are much greater. A person who is already prone to thrombosis should seek medical advice and work on the issue so that he can be vaccinated. ”