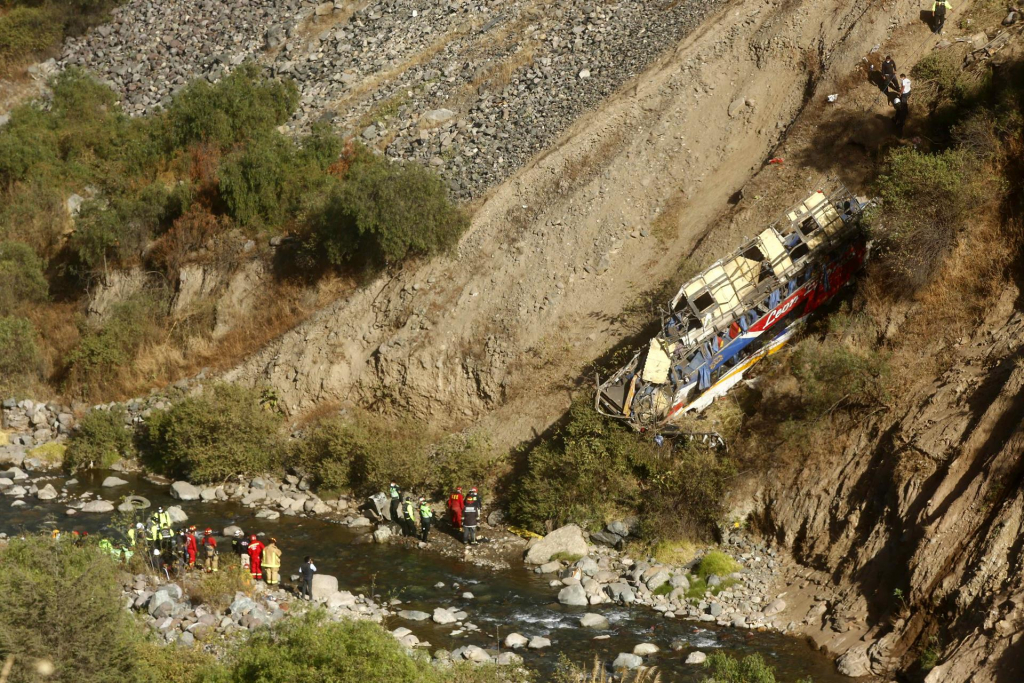 At least 29 people died this Tuesday, 31, after a bus collided with another vehicle and tumbled off a ravine on the central highway, the main access road to the city of Lima, in the Peru. The collective of the León Express company had left the city of Huánuco when it was involved in an accident at kilometer 72 of the track and was thrown off the highway. According to the head of the National Police, César Cervantes, a six-year-old child is among those killed in the accident. The identity of the passengers has not yet been revealed. There are at least 22 people injured, including two children. Local police are trying to finish rescues and have momentarily halted work to await the arrival of a crane. The death toll could still rise. “In addition to the police, the fire department also joined in the search efforts at the location. The wounded were transferred to the hospital in Chosica and rescues are difficult”, said Manuel Lozada, chief of police for the highway, in an interview with Canal N. The cause of the accident has yet to be revealed and police investigations are expected to begin shortly.