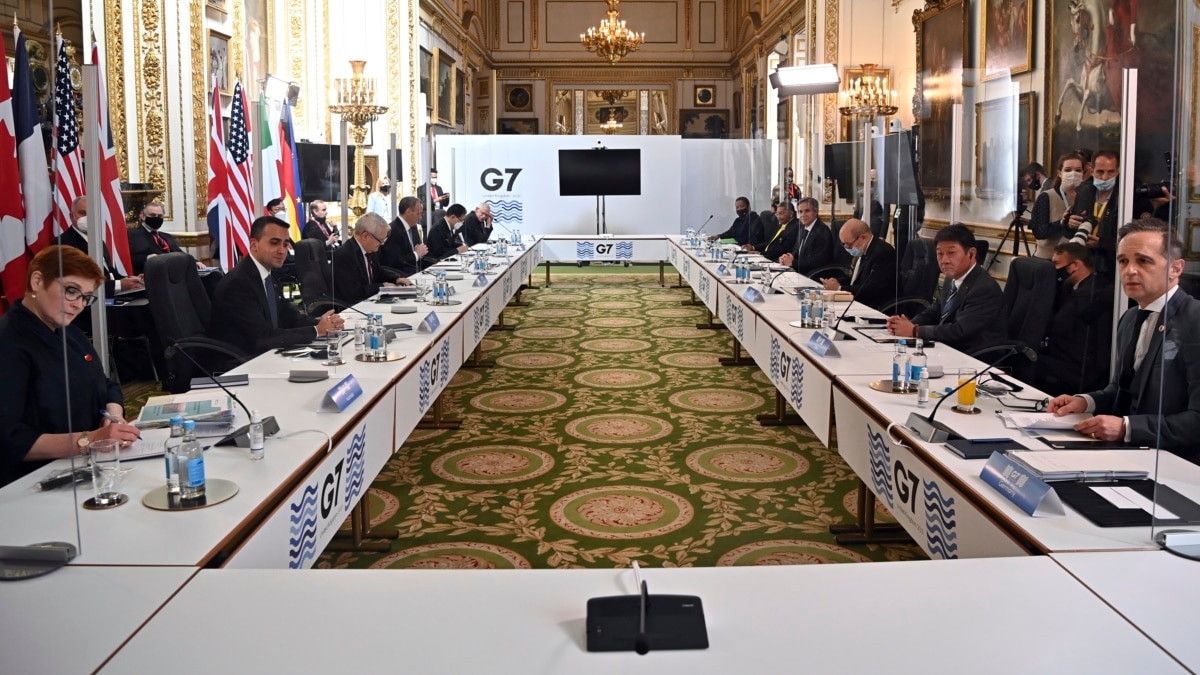 In London, at a meeting of the foreign ministers of the G7, two members of the Indian delegation were confirmed to be Kovid-19. Britain is hosting their first face-to-face meeting in the last two years, which member states see as a chance to renew diplomacy through face-to-face meetings. The West wants to use this chance to stand united on the next threats from China and Russia.

India attends the G7 meetings as a guest and has not yet attended the Lancaster Main Meeting. The Delhi delegation was due to attend all-day meetings on Tuesday evening and Wednesday, but it was decided that the infected would undergo 10 days of self-isolation, with India’s foreign minister virtually attending the meetings.

The London meeting is a kind of prelude to the G7 summit. In June, high-level meetings are scheduled at a resort in one of the British provinces, which will be attended by US President Joe Biden and other world leaders. The Big Seven countries are: USA, UK, Canada, France, Germany, Italy and Japan. Australia, India, South Africa, South Korea and Brunei are also participating in the meetings as guests this year.

The focus of the meetings on Tuesday was on China and the problems on the way to a peaceful resolution to the ongoing war in Syria. According to the US State Department, there is a broad understanding between the ministers that they want China to be an integral part of the international arrangement, although for this Beijing “must play by the rules of international arrangement.” China has been criticized for frequent human rights abuses and continued aggression against southern China or its other borders.

In addition, one of the main topics of the three-day summit is Covid-19 and vaccines against infection. Foreign leaders are also scheduled to discuss climate change, women’s education issues and many other pressing issues.

Within the Big Seven, private meetings are also held. US Secretary of State Anthony Blinken met with the leader of the host country, Prime Minister Boris Johnson. A Downing Street spokesman said they agreed that “global supply of vaccines will be crucial in defeating the coronavirus pandemic. They stressed the importance of the G7 working in this direction, which includes increasing international production.”

At the end of the Big Seven, the US Secretary of State will leave for Ukraine. Anthony Blinken will meet with President Volodymyr Zelensky and other officials in Kyiv. According to State Department spokeswoman Ned Price, Blinken “reaffirms the United States’ unwavering commitment to Ukraine’s sovereignty and territorial integrity in the face of ongoing Russian aggression.”