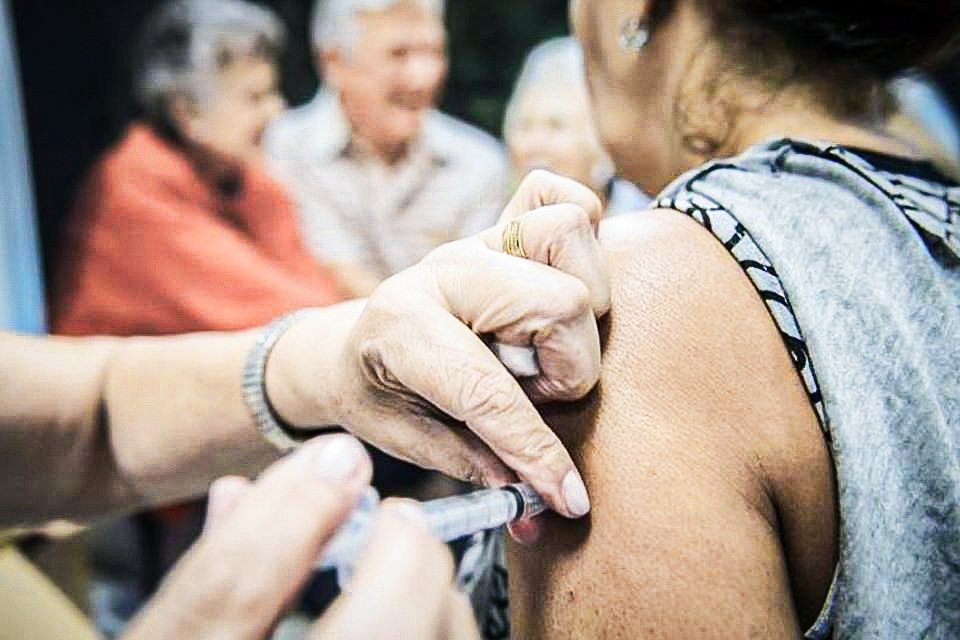 Vaccination in Rio: according to Bloomberg, the pandemic would only end in seven years (Marcelo Camargo / Agência Brasil)

This is because, until now, the daily rate of vaccination is at 4.7 million doses applied per day, according to a count made by Bloomberg. In your tracker daily with the count of vaccinated people in the world, the agency points out that, at this rate, would take 6.7 years so that humanity could achieve the so-called “herd immunity”, with 75% of the population immunized.

Israel is the country that has most vaccinated its population in percent so far: it has reached almost 60 doses of the vaccine applied per 100 inhabitants (between first and second doses). Of that group, more than 37% of Israelis took at least the first dose.

Israel has applied about 107,000 doses a day – a much smaller number than in places like the USA, China, the United Kingdom, and even Brazil – but it has a smaller population, of 9 million inhabitants. The immunization program has also not included Palestinians, which has sparked criticism.

THE Brazil has about 1.7% of the population immunized, having arrived this Sunday, 7, more than 3.5 million vaccinated against the coronavirus, according to the press consortium formed by G1, O Globo, Extra, Estadão, Folha and UOL.

Thus, the average daily dose in Brazil is just over 230,000 doses, still far from the more than 1 million daily doses in the USA and China. At this rate, Brazil would take more than two years to vaccinate the population.

But due to the expertise already accumulated by Brazil with the National Immunization Program (PNI), which has existed since the 1970s, and the capillarized network of SUS, the expectation is that Brazil will soon increase its rate of daily doses.

The speed of vaccination is expected to increase with the arrival of new doses and the negotiation of the purchase of other vaccines (such as Sputnik V, currently under negotiation with the federal government). Butantan has already started producing more doses of Coronavac with the input coming from China, and Fiocruz received input this weekend to make the AstraZeneca / Oxford vaccine internally.

One of the global hopes is also the Johnson & Johnson vaccine, which requires only one dose.

Speed ​​in Brazil – and in the world – is also expected to increase when the vaccine reaches more numerous groups, such as the elderly and other essential professionals in addition to health professionals, who were priority at this time.

Scientists have pointed out that, with around 70% and 85% of the vaccinated population entering, it would be possible to reduce the transmission of the virus and eventually. Bloomberg has used in its estimates a rate of 75% of the immunized population, according to statements by infectologist Anthony Fauci, who works to combat coronavirus in the US government – first under Donald Trump and now under Joe Biden. . 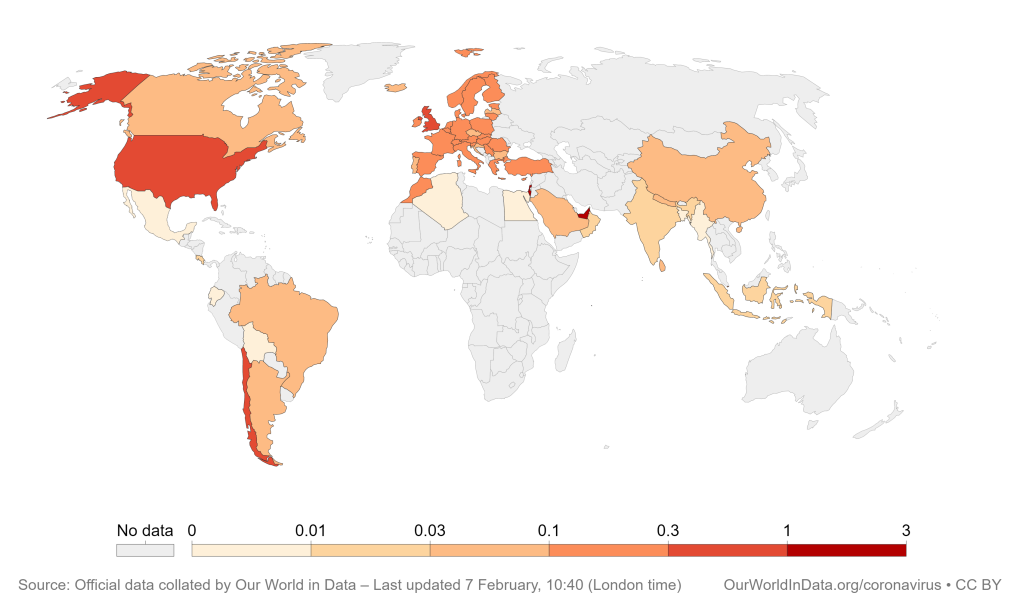 Vaccination against coronavirus in the world, in rate of doses per 100 inhabitants: distribution of vaccines has been uneven, but it is expected that the speed of vaccination will increase in the world in the coming months

Vaccination against coronavirus in the world, at a rate of doses per 100 inhabitants: distribution of vaccines has been uneven, but it is expected that the speed of vaccination will increase in the world in the coming months (Our World In Data / Reproduction)

We USA, for example, the daily rate of doses applied is on average 1.4 million vaccinated per day. In practice, Americans have applied one in four doses of the vaccine worldwide daily.

At this rate – although still below what the American government wants, which bought millions of doses to try to anticipate its vaccination -, the country would reach 75% of the vaccinated population in ten months, that is, around November.

All in all, with the exception of perhaps Israel (which has already immunized a third of the population), virtually no country in the world is satisfied with its current rate of vaccination. Last year, financial market analysts estimated a faster return to normality in rich countries, already in the second half – a longer delay in developed countries could deepen the global economic crisis.

In addition, in the globalized economy of the 21st century, it will be necessary for a significant portion of the world’s population to be vaccinated in all countries to ensure that the virus does not mutate further in unvaccinated places and continues to spread to the rest of the world. That is why the World Health Organization says that efforts are needed so that the whole planet is vaccinated as soon as possible.

Experts have also pointed out that, in addition to vaccination, it is crucial at this point that citizens continue to follow isolation measures, when possible, and protection from contagion, especially by air, with the use of quality masks and avoiding closed places. As vaccination should continue to take time to reach everyone, in practice, prevention is still the best medicine.