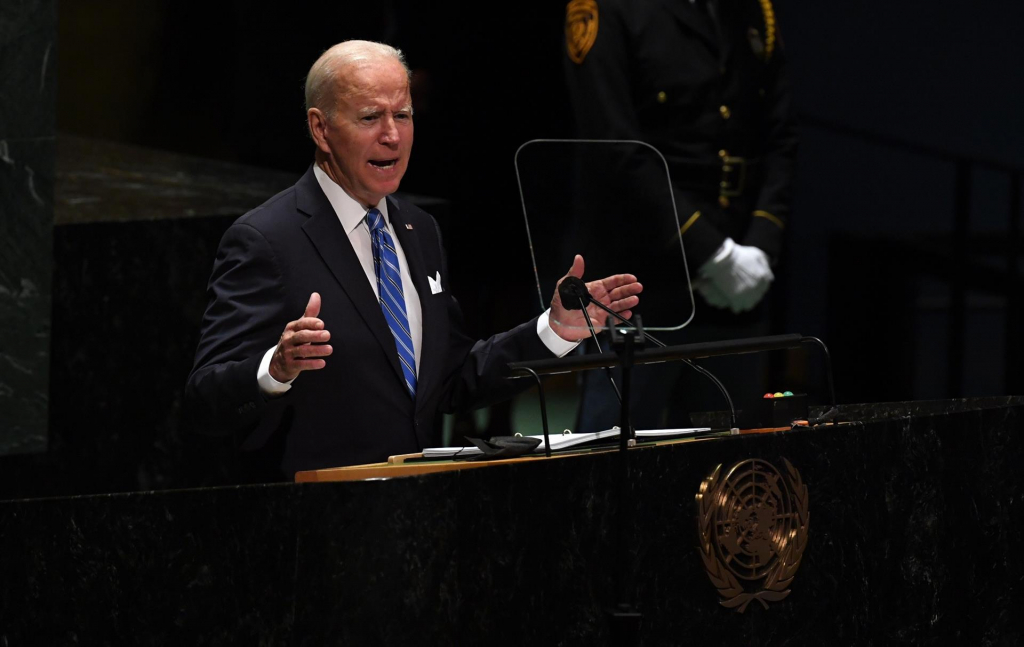 At the headquarters of United Nations Organization (UN), the President of the United States of America (USA), Joe Biden, highlighted this Tuesday, 21, the importance of international cooperation and diplomacy for solving problems around the world. He recalled that, for the first time in 20 years, the country is not at war and stated that, in his government, the military and military powers should always be the last options, considering that they cannot solve many problems, including that of Covid-19. The 46th US president also said he doesn’t want a new Cold War in the world, but pointed out that terrorist attacks against the nation they will still find a “determined adversary”. In his first speech as president at the UN General Assembly, Biden also defended human rights, democracies, peace and the well-being of people.

“The United States will continue to defend itself and its allies against terrorism as well. But to defend our interests we need to cooperate with each other. Military power must be the last to be used. There are many problems we can solve without bullets. Bullets and bombs cannot beat Covid-19 and its variants,” said Biden. He continued: “We have started a new era of diplomacy, to defend people’s lives and democracies. The government of the people and for the people continues to be the best way to offer results for everyone”. He spoke shortly after Brazil, which had president Jair Bolsonaro (no party) talking about what he called “a Brazil different from what is shown in newspapers and on TV”.

Even with a humanitarian speech focused on issues of peace and diplomacy, the US head of government did not fail to emphasize his strength against terrorism and possible attacks on the US. “Terrorism is real and attacks everywhere. Last month, we lost 13 soldiers to a terrorist attack. Those who attack us will find a determined opponent in the US, as we did against those who attacked us on September 11, 2001. But now we are much better equipped. We have everything we need to fight terrorism, to reduce violence and improve the lives of all people around the world.”

Throughout his speech, Biden also spoke several times about the need for international cooperation to face the world’s problems, such as climate issues. He recalled that the US has once again made commitments in relation to the climate, returning to the Paris Agreement, for example, and assuming its own goals with green economies. “We will only be successful if everyone is successful. That’s why I believe we need to work together like we’ve never done before. We need to strengthen our alliances”, he said. He defined his administration as a committed administration so that the future is peaceful for all. And, without citing China, he stressed that he does not want a new Cold War in the world: “We are not looking for a new Cold War, nor a world divided with rigid blocs. The US is here to work with any nation and seek solutions to our problems.”

The president also highlighted one of his goals against nuclear weapons in the world. “The US is committed to preventing the development of nuclear weapons. We are using diplomacy to achieve the complete denuclearization of the Korean peninsula and improve the lives of those who live there”. Then Biden also urged the Taliban to respect the rights of people in Afghanistan. “We want to ask the Taliban to respect everyone’s human rights. Inalienable equal rights are the foundation of world peace. Human rights cannot be misinterpreted. The US will do its part, but we will be more successful if all nations work in the same direction.”