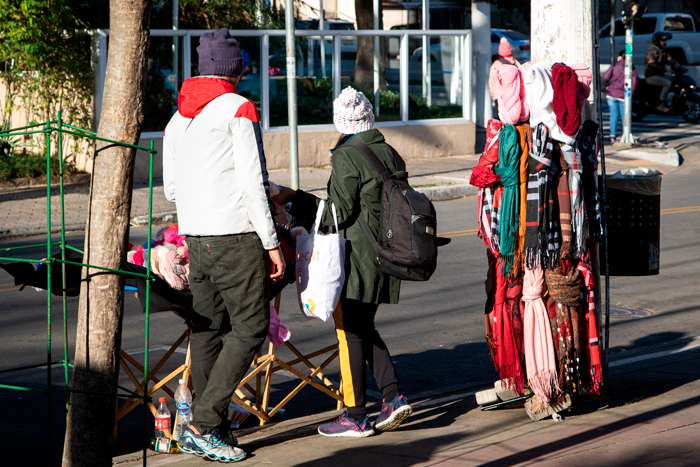 Lower temperatures will predominate, but there is no forecast for a cold air mass as intense as in July

BRUNO RUAS/ISHOOT/ESTADÃO CONTEÚDO – 07/30/2021 – 20:35August will be marked by temperatures lower than normal in the State of São Paulo

August promises to be another month with the prevailing cold air. This is because the passages of three cold fronts in the country are foreseen this month. Although August is the driest month of the year in most of the country, forecasts from Weather point out that it will rain above normal in the north of the Paraná, no Mato Grosso do Sul, in much of the Southeast, in Rondônia, Acre e Amazons. In the Southeast, specifically, the month starts with rising temperatures. According to the weather company, it will be hot in São Paulo, Rio de Janeiro e Minas Gerais in the first days of the month, but between the 5th and the 6th, however, a new cold front should hit the region, causing a significant drop in temperature in São Paulo and Rio de Janeiro. In the state of SP, due to the advance of these cold air masses, the month will be marked by lower temperatures than normal. Regarding precipitation, forecasts indicate rain a little above the average in eastern São Paulo, with volumes around 50mm. In other areas, mainly in the north of São Paulo, the rain is between average and below average. There is no forecast for a cold air mass as intense as in July.