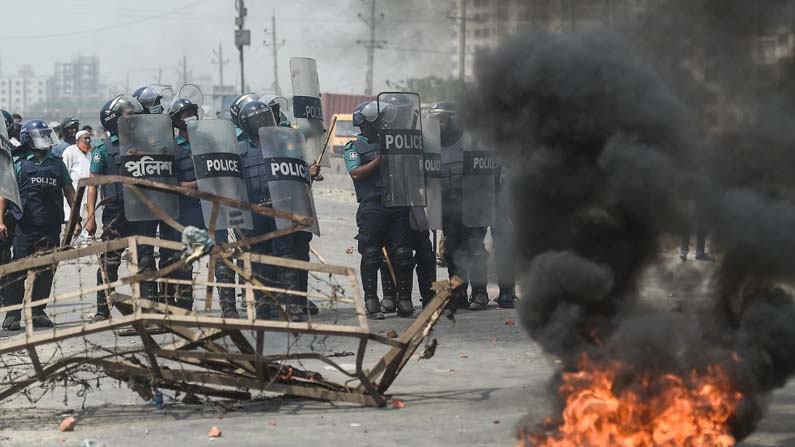 Violence in Bangladesh: Violence erupts in Bangladesh after Indian Prime Minister Narendra Modi’s visit. It is learned that Prime Minister Modi visited Bangladesh on Friday and Saturday on the occasion of the 50th Independence Day of Bangladesh. Concerns raised by Islamists since Friday in protest of Modi’s visit turned violent on Sunday. Hundreds of Islamists have carried out attacks on Hindu temples and trains in Bangladesh. Bangladeshi police say 11 people have been killed so far as the protests, which have been going on since Friday, turned violent. Many were said to be injured.

Hundreds of protesters are protesting under the auspices of Hifazat-e-Islam, alleging that discrimination against Muslims is on the rise in India under the Modi-NDA government. Attacks on Hindu temples were blamed on unrest across the country on the occasion. Protesters also set fire to buses and trains. A Reilingen was destroyed in Brahmanbaria and all the bogies were set on fire. More than 10 passengers were injured in the attack. Two buses were torched in Rajshahi. Attacks on government offices in several places, including the capital city of Dhaka. Baspavayu shells to disperse the protesters, the police attempted to stop police used ralladadiki digadanto. Firing was also carried out.

Meanwhile, Prime Minister Narendra Modi, who is on a visit to Bangladesh, has said that he was also involved in the Bangladesh liberation struggle from Pakistan. He said that he had also staged a satyagraha for the independence of Bangladesh and had even gone to jail. There is a lot of discussion on social media about this. Many netizens are posting trolls about the Prime Minister.