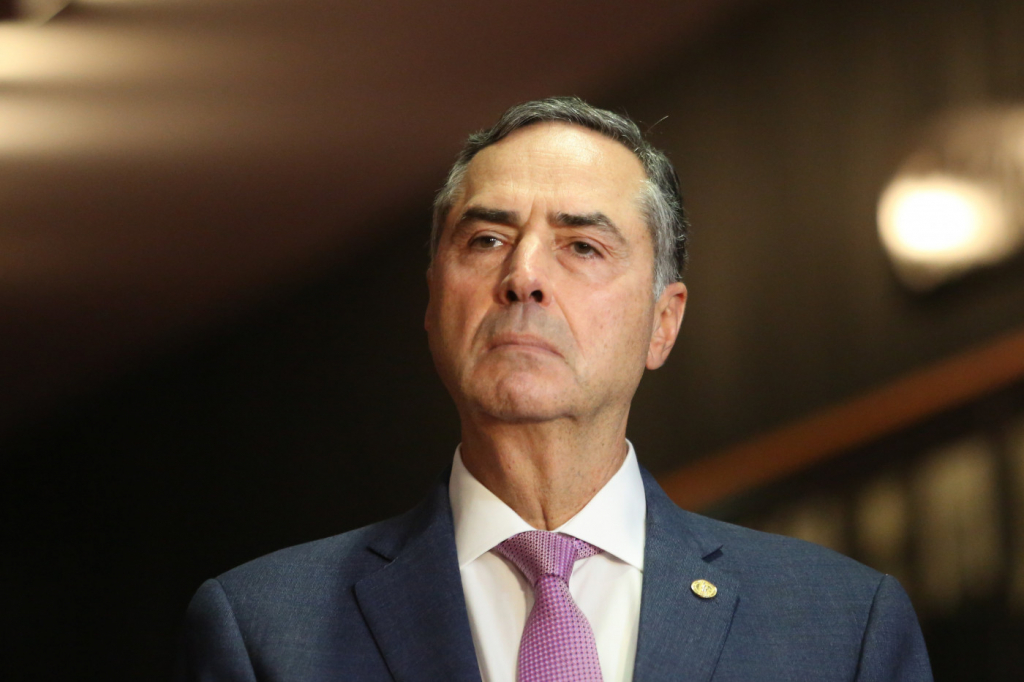 President of the TSE rebutted the statements of Jair Bolsonaro, which he called ‘untruthful’ and ‘table rhetoric’

the president of Superior Electoral Court and minister of Supreme Federal Court, Luis Roberto Barroso, spoke this Thursday, 9 about the president’s speeches Jair Bolsonaro during the acts of September 7th. At the time, the head of the Executive made attacks on the Brazilian electoral system and on Barroso. “The soul of democracy is the vote, and we cannot admit an electoral system that offers no security. It is not a TSE person who is going to tell us that this process is safe and reliable,” said Bolsonaro, who added: “We want a clean, democratic election with an auditable vote and a public vote count. We cannot have elections that cast doubt on voters. I can’t participate in a scam like this, sponsored by the president of the TSE.” In defense of the TSE, the president of the court refuted Bolsonaro’s statements, which he called “untrue” and “situated rhetoric”.

“It is only up to me, as president of the Superior Electoral Court, to refute what was said to be untrue in relation to the Electoral Court. I do this on behalf of the thousands of judges and civil servants who serve Brazil with patriotism, not rhetoric from the platform, but that of hard and dedicated work and who must not be defenseless in the face of abusive language and lies”, he began. “It is already starting to get tiring in Brazil having to repeatedly deny falsehoods so that we are not dominated by the post-truth, by alternative facts, so that the repetition of the lie does not create the impression that it has become true. The point at which we have reached is very sad”, said the magistrate. The minister also demanded, once again, evidence that the Chief Executive’s allegations about the 2018 elections had been rigged. “When summoned by the TSE for the legal duty to present the evidence if he had it, he did not present it”, recalled Barroso, who added that it was all “empty rhetoric” against people who “work seriously”. The president of the TSE also stressed that the overturning of the auditable printed vote took place in the Chamber of Deputies and said that it is “cowardly” to blame the Court for “lack of courage to attack the National Congress”.

At the end of his speech, Barroso strongly criticized Bolsonaro’s stance and pointed out that a president “democratically elected by popular vote” will take office on January 1st. “Insult is not an argument. Offense is not courage. Incivility is a defeat of the spirit. Lack of composure shames us before the world. The Brazil brand is currently suffering, sad to say, a global devaluation”, pointed out the minister. “It’s not just the real that is devaluing. We are victims of mockery and worldwide contempt. A discredit greater than inflation, unemployment, the fall in income, the rise in the dollar, the fall of the stock market, the deforestation of the Amazon, the number of deaths from the pandemic, than the brain drain and investment. But worst of all. The lack of composure diminishes us in front of ourselves”, stated Barroso. “We cannot allow the destruction of institutions to cover up the economic, social and moral failure we are experiencing,” he added. “Democracy has no place for those who intend to destroy it”, emphasized the minister. “With the blessing of God, the true God of good, the love of respect for others, with the blessing of God and the protection of institutions, a democratically elected president by popular vote will take office on January 1, 2023”, he concluded .