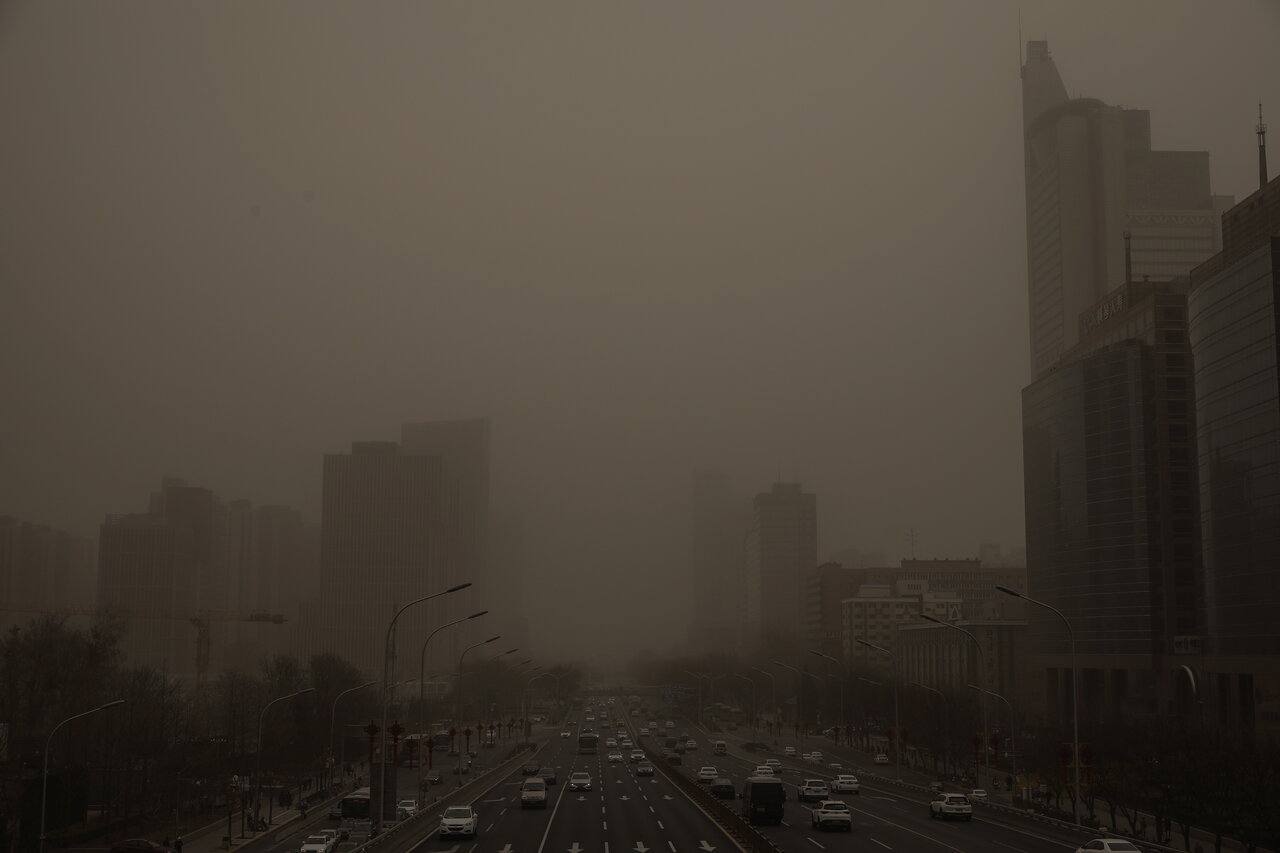 The Beijing “sandstorm” reported this week was actually a dust storm, which is potentially a much more serious problem than sand.

The sky in Beijing has recently turned orange, thanks to what has been widely publicized as a major sandstorm.

The problem, at least in terms of public health, is that it wasn’t exactly a sandstorm. It was a dust storm.

This may sound like an act of geological pedantry, but it represents a crucial difference and boils down to a question of size. The grains of sand are mineral particles with a diameter greater than 0.06 mm – the type that rubs against the ankles on a windy day on the beach. The dust is potentially a much more serious problem than sand in the wind.

Dust particles are those smaller grains, silky to the touch and that do not scratch the skin. Crucially, these smaller, lighter grains can travel much further.

They may find themselves suspended in a global atmospheric process that sees them transferred around the world. The sand doesn’t blow easily for hundreds of kilometers, or even around the world – the dust does.

Grain size is also important, as the finer dust particles are serious risks to human healthbecause they are small enough to be absorbed by the lungs.

Dust storms in China occurred long before humans had a widespread impact on the landscape. During the repeated ice ages of the last 2.6 million years, huge volumes of dust were generated by the advance and retreat of the ice sheets, forming deposits known as loess.

Over the millennia, they accumulated to a thickness of up to 350 meters to form the Chinese plateau of Loess, covering an area larger than France. THE loess it is rich in mineral nutrients and contributes to a productive agricultural soil. To a large extent, it is these agricultural lands that are now being eroded again by the wind and recirculate it like dust.

But then, what is causing the current dust storms? Is it a purely natural process, or is it a function of climate change, or poor land management, perhaps? The answer is complex – and probably includes a little bit of each of these factors.

A recent one published last year in Nature Communications considered the combined role that different dynastic regimes and climate change have played in the frequency of dust storms in China over the past 2,000 years and has shown that an increase in dust storms has coincided with an increase in population and with strengthening the circulation of Asian monsoons.

Paradoxically, the increase in dust storm activity occurred during periods of increased rainfall, as it allowed dynasties to flourish and population growth, increasing the demand for agricultural deforestation.

At first glance, it looks like a relentlessly bleak picture of landscape erosion, loss of productive agricultural land, air pollution and health impacts, but there is a final aspect to the history of dust storms. Its role in transporting essential mineral nutrients, most notably iron, to the oceans has been recognized for some time, and so dust storms are sometimes considered Phytoplankton “fertilizers” of the oceans.