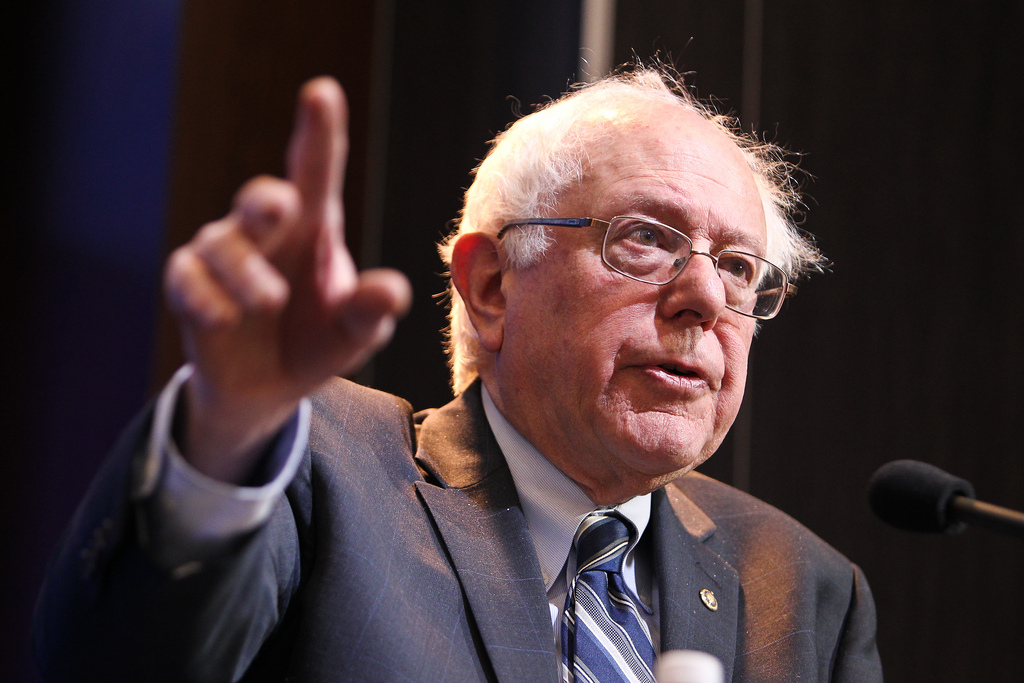 The progressive leader, who was attacked during the 2016 and 2020 presidential campaigns for previous comments about the Cuban government, came out in defense of the protests.

Bernie Sanders has joined the chorus of political figures who supports the recent protests in Cuba, stressing that it is time to end the US economic embargo on the country.

“Everyone has the right to protest and live in a democratic society. I call on the Cuban government to respect the rights of the opposition and to avoid violence. too it’s time to end the embargo unilateral United States against Cuba, which has only harmed, not helped, the Cuban population,” he wrote on Twitter.

All people have the right to protest and to live in a democratic society. I call on the Cuban government to respect opposition rights and refrain from violence. It’s also long past time to end the unilateral U.S. embargo on Cuba, which has only hurt, not helped, the Cuban people.

This week, thousands of Cubans have been protesting the government’s management of the pandemic and the lack of water and food caused by a serious economic crisis.

The Cuban president blamed the economic crisis on the US embargo, but Joe Biden made no reference to economic sanctions in his comment on the protests. “We are on the side of the Cubans and their resounding call for freedom and relief from the tragic grip of the pandemic and the decades of economic repression and suffering to which they have been subjected by the authoritarian regime in Cuba”, said the US president.

During the administration of Barack Obama, of which Joe Biden was deputy, there was a greater diplomatic approach to Cuba, with Obama being the first US president to visit the country in more than 90 years.

So far, however, the Biden administration has shown no signs of moving away from Trump’s harsher policies, despite that being one of the Democrat’s election promises. This year, the country returned to vote against the annual resolution of the United Nations General Assembly that defends the end of the embargo.

As one of the most recognizable faces of the left wing in American politics, Bernie Sanders was attacked during the 2016 and 2020 presidential campaigns for comments earlier praising Fidel Castro’s health and literacy policies.

Several rivals in the primary, such as Hillary Clinton, Michael Bloomberg or Pete Buttigieg, accused the Vermont Senator of being Castro apologist and devalue government repression.

“When Fidel Castro took power, do you know what he did? It created a massive literacy program. Is this a bad thing? Even though Fidel Castro did it?” Sanders replied, referring to the Cuban program that reduced illiteracy from 23.6% to 4% between 1959 and 1961.

When confronted about these comments in a 2016 interview with CNN, Sanders reinforced that opposes US interference in internal affairs from other countries.

Sanders said too not be a supporter of Cuba’s economic policies, but praised the quality of the country’s health professionals. “Cuba produces many doctors who help all over the world. I wish we had enough doctors here (USA) to be able to help around the world. The Cuban education system, considering that it is a poor country, is quite good”, he concluded.

The independent senator stressed that praise certain aspects of Cuban politics it doesn’t mean to be an apologist for the government in general, and during the 2020 campaign, he defended himself from rivals’ attacks in the primaries with a video on the Twitter from Obama to praise education and health in Cuba.