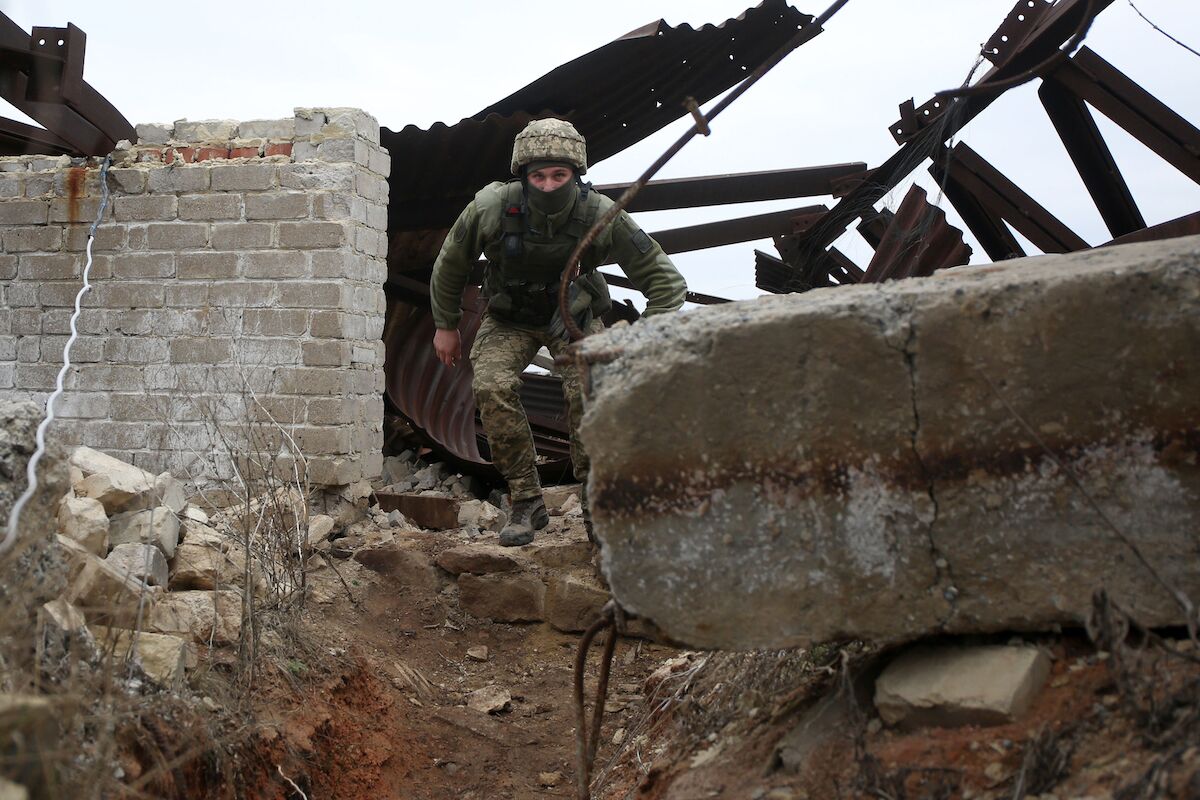 The day after Russia announced that it was conducting “military exercises” near the Ukrainian border, Ukraine also indicated that it was carrying out military maneuvers. Joe Biden and Angela Merkel on Wednesday called on Russia to reduce its military presence on the border with Ukraine.

According to the Diário de Notícias, the day after Russia announced that it was conducting “military exercises” near the Ukrainian border, in response to actions deemed threatening by NATO, Ukraine also indicated that it was carrying out military maneuvers near the border with Crimea.

On the other hand, Moscow denounced that at least five US military transport planes arrived in the area and two US Navy warships they will have asked Turkey for permission to cross the Bosphorus and enter the Black Sea, where they must stay until at least 4 May, the daily writes.

“They declare that they are not interested in reactivating the conflict, but in reality they are sending resources to arm the Ukrainian Army, increasing the presence of warships in the Black Sea, planning joint maneuvers, providing lethal weapons, preparing the Ukrainian military,” said the secretary of the Russian Security Council, Nikolai Patrushev.

Biden and Merkel call for withdrawal of Russian military

US President Joe Biden and German Chancellor Angela Merkel called on Russia this Wednesday to reduce its military presence at the border with Ukraine.

According to a statement from Angela Merkel’s office, the German head of government held a telephone conversation with Biden, during which both agreed to call on Russia to “reduce its recent troop reinforcements” on the eastern border of Ukraine, in order to allow “A de-escalation” of the situation.

Earlier, German Defense Minister Annegret Kramp-Karrenbauer accused Russia of “provocation” and hailed Ukraine for its “containment”, indicating that the reinforcement of troops at the border is followed “with concern”. According to the office of Ukrainian President Volodymyr Zelensky, some 80,000 Russian soldiers are stationed at the border with Ukraine and Crimea.

The United States estimates that Russia has deployed between 15,000 and 25,000 troops in recent days to Crimea or near the border with Ukraine.

US representative at the Organization for Security and Cooperation in Europe (OSCE), Courtney Austrian, said that the concentration of Russian troops on the border with Ukraine is the highest since 2014.

“Russia’s unilateral military activities serve only to further destabilize an already volatile and threaten to undo the fragile ceasefire in eastern Ukraine, ”said the United States representative at the OSCE.

The OSCE Permanent Council meeting, convened at the request of Ukraine, this Wednesday addressed the movement of Russian troops, within the framework of a multilateral organization mechanism to foster transparency and mutual trust.

The Russian delegation, which participated in the meeting on Wednesday after having been absent from a similar meeting last Saturday, said that Ukraine is the one carrying out “unusual military activities” in the Donbass region, where since 2014 the Ukrainian Army and pro-Russian separatists face off.

The European Union (EU), the United States and Canada highlighted, however, the “Positive fact” of a Russia will be present at the OSCE forum to analyze the situation, regretting, however, Moscow’s “not very constructive” attitude, “which has not advanced any new or relevant information”.

The EU said that the Russian explanations “can hardly be considered satisfactory”, since they do not provide any relevant information to justify such an unusual troop movement.

In this regard, he asked Russia to participate “in good faith” at the meeting and to show “total transparency” about its military activities, something to which it is committed in the OSCE mechanism, known as the “Vienna Document”.

Russia, however, emphasized that it can move its troops within its territory with complete freedom and that the Russian Ministry of Defense framed the movement of troops to the border with Ukraine in the annual assessment of the capacity of its Armed Forces after the winter.

This Wednesday, Russia said that at least five U.S. military transport planes have arrived in Ukraine in the past few days.

“In the past few days, five military transport planes have arrived in the territory of Ukraine from US air bases,” said Nikolai Patrushev, the secretary of the Russian Security Council, at a meeting held in Crimea, the peninsula annexed by Russia in 2014.

According to the office of Ukrainian President Volodymyr Zelensky, some 80,000 Russian soldiers are stationed on the border with Ukraine and Crimea.