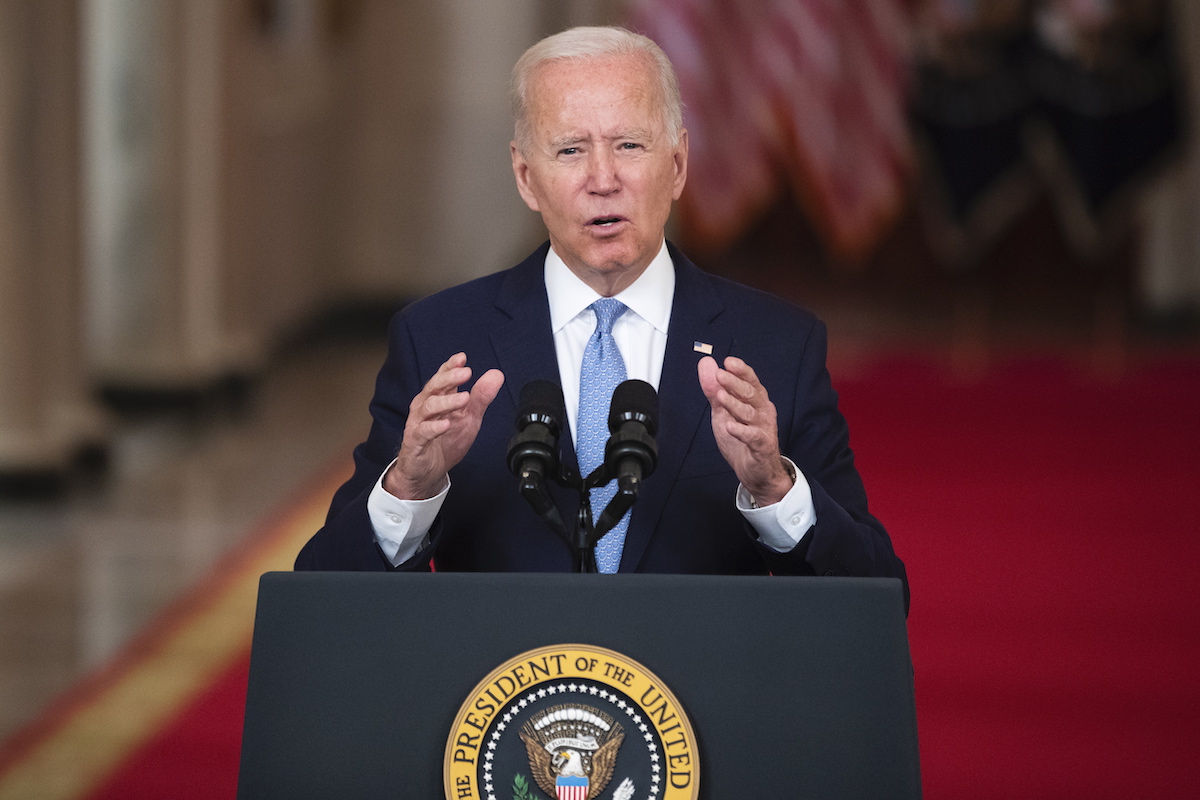 US President Joe Biden defended that the operation to withdraw Americans and allies from Afghanistan – which took place throughout the day yesterday – was an “extraordinary success” for ending a war that had lasted for 20 years.

At a press conference at the White House in Washington, Joe Biden, US President, underlined that “no country has ever achieved anything like it in history. The extraordinary success of this mission is due to the incredible talent, bravery and selfless courage of the US military [da América], our diplomats and our information professionals”.

Biden also assured that the country is determined to evacuate between 100 and 200 Americans who remain in Afghanistan.

According to the latest numbers, about 114,000 people were evacuated from Kabul, since the Taliban takeover of the city, in about 2,900 on military or international coalition flights.

Marking the end of what he called an “era of major US military operations” to remake other countries, the head of state admitted that the US needed to “change its strategy” because “the world is changing”.

In his speech at the White House, the US president explained that the US did not have no choice but withdrawal, after the agreement signed by his predecessor Donald Trump with the Taliban.

The belief that the Afghan forces would have the capacity to contain the Taliban offensive and that the Afghan Government would remain in power for a longer period of time, also weighed on the decision. “We were wrong”, he acknowledged, while demonstrating his support for the Afghan people.

“I take responsibility for this decision.. […] We only had a simple choice. Either follow the commitment made by the previous government and leave Afghanistan, or say we weren’t leaving and send tens of thousands of soldiers to war,” he said.

According to Joe Biden, the “real choice was between going out or climbing [o conflito]”, adding that it would not prolong the war and the withdrawal of people from Afghanistan forever.

“After 20 years of war in Afghanistan, I refused to send another generation of America’s sons and daughters to fight a war that should have ended a long time ago,” he said.

Coming to an end with the war on Afghan territory, Biden took the opportunity to warn, during his speech, that the US has not yet destroyed the Afghan wing of the jihadists of the Islamic State (ISIS-K).

“ISIS-K: We’re not done with you”, exclaimed the American president.

For Joe Biden, the best way to protect US security “is through a strong, relentless, focused and precise strategy that pursues terror where it is today” where it wasn’t two decades ago.

The US president reiterated that ending the military presence in Afghanistan is in the best interests of the country’s future interests.

“I give you my word, from the bottom of my heart. I have no doubt that this is the right decision, a wise decision and the best decision for America”, he stressed.

“We have to focus on current challenges”

In his speech, the president also stressed that was the target of some pressure: “There were a lot of people saying that we should have stayed there. Of course, those wouldn’t be there. To all who call for a third decade of war, I ask what is the vital national interest? Al-Qaeda was decimated. We have no vital interest in Afghanistan beyond the one that led to the intervention in 2001,” said Joe Biden.

For the Democrat, his main mission as President is to “defend and protect the United States of 2021 and not of 2001”, adding that he now wants to focus on other fields of action. “We have to focus on current challenges, such as competition with China and Russia and in the fight against cyber attacks”, stressed the leader, cited by CNBC.

Anthony Zurcher, reporter of BBC in the US, he points out in an opinion column that several polls show that the Americans support the US withdrawal from Afghanistan, although many are unhappy with the way Biden coordinated the troops’ departure.

Still, the journalist reinforces that White House officials are hopeful, that over time, the nation be grateful for the operation that the President performed and forget how it all ended.

During the war, near 2,500 american soldiers died. The clashes also claimed the lives of more than 100,000 Afghan soldiers, police and civilians.

On a financial level, the wars in Afghanistan, Iraq and Syria have cost US taxpayers more than $1.57 billion since Sept. 11, 2001, according to a Defense Department report. CNBC had access.

Currently, the The US once again leaves Afghanistan in the hands of the Taliban, whose first regime (1996-2001) had toppled in December 2001, when the extremist group refused to hand over then al-Qaida leader Osama bin Laden.

The withdrawal of international forces was negotiated with the Taliban, in February 2020, and comes 15 days after the rebel movement conquered Kabul, deposing President Ashraf Ghani.

With the Afghan capital controlled by the Taliban, the operation was marked by the desperation of thousands of Afghans wanting to flee the country and by attacks by the Islamic State extremist group, including a bomb attack that killed about 200 people.

Yesterday, the Taliban secured full control of the international airport in Kabul and spoke of a “lesson” to the world, after the last US plane took off, marking the end of America’s longest war.

The leaders of the Islamic extremist movement symbolically walked across the track, marking the victory, flanked by fighters from the elite Badri rebel unit.