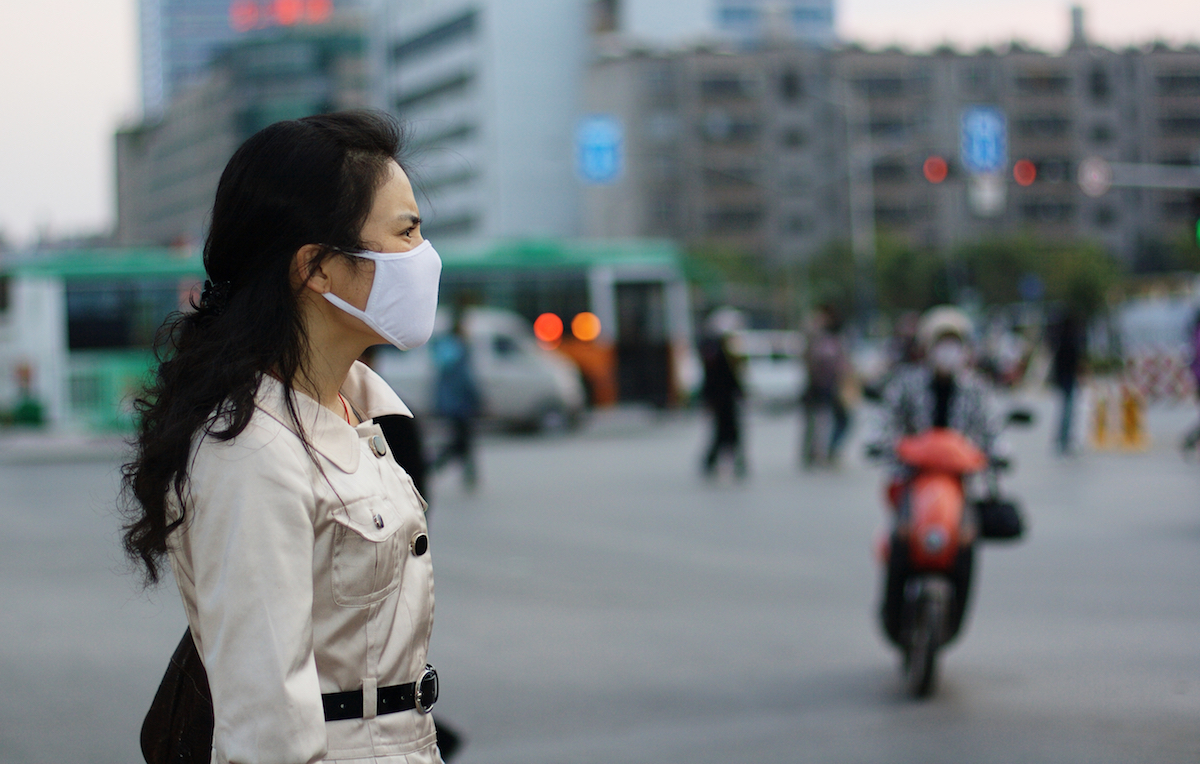 Princeton professor argues that it is not possible to rule out the possibility that the pandemic started with an accidental escape in a Wuhan virology laboratory.

The origin of the Covid-19 pandemic remains to be investigated a year later and in the scientific community the demand for an investigation into the possibility of a laboratory accident is gaining strength, a position also supported by the American biologist Bret Weinstein.

In an interview with the Lusa agency, the visiting professor at Princeton University, communicator and podcaster argues, it is not possible to rule out the possibility that the pandemic started with a accidental escape in a virology laboratory in Wuhan, maintaining that the behavior of the virus suggests so.

In the past few months, an increasing number of articles asks for more transparency in investigating the origins of the pandemic, either in scientific journals such as Nature, or in the international press, with a February editorial in the American newspaper Washington Post questioning: “What is China trying to hide about the origins of pandemic and why? ”

In an opinion article published in January in the Wall Street Journal, molecular biologist Alina Chan, from the Broad Institute, associated with MIT, argued that “the world needs research that admits not only a natural origin, but the possibility that the virus that causes Covid-19 to have escaped from a laboratory ”.

Specializing in bats and evolutionary biology, Weinstein claims that there are several characteristics in the behavior of SARS-CoV-2 that suggest that its ability to infect more than 100 million worldwide in less than a year may not have originated from a process transmission between species.

“The virus behaved in an unexpected way from the beginning”, says Bret Weinstein, pointing out that it is highly transmissible between individuals and was able to discover ways to infect several different tissues in humans, “even those that do not contribute to their ability to transmit between carriers”.

Weinstein admits that the discussion of the hypothesis was, in a way, “poisoned” by the belief expressed by former US President Donald Trump, and by his administration, that the virus originated in a Wuhan laboratory.

“For reasons that are difficult to explain, there are those, especially in the United States, but in reality in the entire West, who saw everything Donald Trump said as false at the outset. And that is obviously absurd, and it gives you too much power, the power to kill an idea just by saying it, ”says Weinstein.

Honest mistake, but a serious mistake

Bret Weinstein points out that “if the pandemic was triggered by a laboratory leak, it seems evident that it was an honest mistake, a serious mistake, but that resulted from honorable people trying to do a job they believed was necessary ”.

However, when the doors of the laboratory were closed to external investigation and when WHO experts are simply accepting that those responsible for that laboratory tell them that they had nothing to do with the beginning of the pandemic, Weinstein already hesitates to speak of “an innocent mistake ”.

“I do not claim that this started in Wuhan’s laboratory. We do not know. However, what I say is that what we know so far is completely consistent with this possibility and not with any other ”, he stresses. “The fact that this virus, since it appeared, causes a serious illness and is incredibly sophisticated in its ability to jump from person to person is remarkable and it means that we did not have a period in which we could have got ahead of the virus, something that would be expected if we look at other zoonotic pandemics ”, that is, of animal origin, points out the scientist

“It is possible that there is some history in which the virus first emerged from nature and that then he evolved and learned these ‘tricks’ before he came to Wuhan. But after a year of searching for it, no one has found evidence that this has happened, which in itself is very unusual ”, he suggests.

It was in February 2020 that Weinstein, having just returned from a scientific expedition in South America with his wife, biologist Heather Heying – with whom he shares the weekly podcast Darkhorse -, became aware of the existence of the new coronavirus and, as a student of bats, considered plausible that it had a direct origin in these mammals.

However, his followers on the social network Twitter pointed out the existence in Wuhan of the Institute of Virology, where coronaviruses from bats are studied and which follows the highest safety protocol for biological risks.

“It is a great coincidence and I think that all the people who dealt with it in a scientifically responsible way also realized the level of coincidence. It is not impossible that it happened naturally and appeared in Wuhan first, but it is very, very unlikely ”, he argues.

The way that Bret Weinstein points out as possible is that the laboratory investigation of the virus has followed a method called “function gain”, an area that has had “rapid expansion” in recent years. In this method, viruses collected in nature are artificially reinforced with molecular techniques or through a manipulated evolution process and made more virulent, infectious and dangerous to understand how they would behave in a pandemic scenario.

Among the clues that the virus’s behavior leaves is the fact that it infects animals of the mustelid class, such as mink, stingers or weasels, with great efficiency, “which may indicate that the virus was transmitted serially in a laboratory among these animals ”, he argues. Despite considering that getting to the bottom of the virus’s origin is not “the silver bullet” that will cure and end the threat, Bret Weinstein maintains that the urgency to understand it and learn to control it is spectacularly high “.

“I would put any other concerns in favor of this one in the background. The discovery of what may have been the origin of SARS-CoV-2 is also the key to preventing this from ever happening again, ”warns Weinstein.

WHO responses are “difficult to swallow”

The biologist also says that there are “aspects that are difficult to swallow” in the answers from the expert mission that went to Wuhan, China, to ascertain the origins of the pandemic and points the finger at what it considers an essential flaw: “The WHO team specifically said that it was not mandated to investigate in the laboratory [do Instituto de Virologia de Wuhan] and that I was not equipped to do so. ”

At the Wuhan Institute of Virology, a city in central China where the first cases of infection were detected, a type of investigation known as “function gain” is carried out, in which the capacities of viruses collected in nature are accelerated, increasing their ability to transfer between species or to spread more easily.

An open letter signed by 24 international scientists released last Thursday points out that “it is essential that all hypotheses about the origins of the pandemic be examined and that there be full access to all resources without looking at political or other sensitivities”. One of the hypotheses that they defend, the same that Weinstein and other scientists have held for several months that is considered is, in the expression used in the open letter, “a accident related to scientific investigation.

That hypothesis was ruled out by the WHO mission – made up of experts from 10 countries, including the United States, the United Kingdom, Germany and Russia – at a press conference in Wuhan in February. However, the Director-General of WHO would rectify the situation, saying that “All the chances remained on the table” to explain the origin of the pandemic, and announced that the final report would be released on March 15.

Instead, they proposed a hypothesis that Beijing also advanced, that the virus may have reached Wuhan in frozen meat of badger ferrets (animals close to the weasels that are bred and hunted for food) from China or another Asian country. “This story is difficult to swallow, because if there is one thing we can say, it is that we have no evidence of transmission of frozen meat to humans,” stressed Bret Weinstein.

According to the biologist, this virus does seem to be excellent to be transmitted through aerosol droplets and particles. “So this story is, at the very least, a hypothesis that needs proof and, in the worst case scenario, a distraction to prevent us from investigating the obvious possibility that this virus was in Wuhan because it was present at the Institute of Virology ”, he argues.

“I think that at this point, this work [em ganho de função] it shouldn’t be done. It is too dangerous and it is much more likely that we will trigger a pandemic than we will avoid it ”, he considers. “In this case, the probability is that the virus has been improved to be able to better infect human tissues and transmit itself between individuals in order to be a model of a zoonotic epidemic”, he admits.