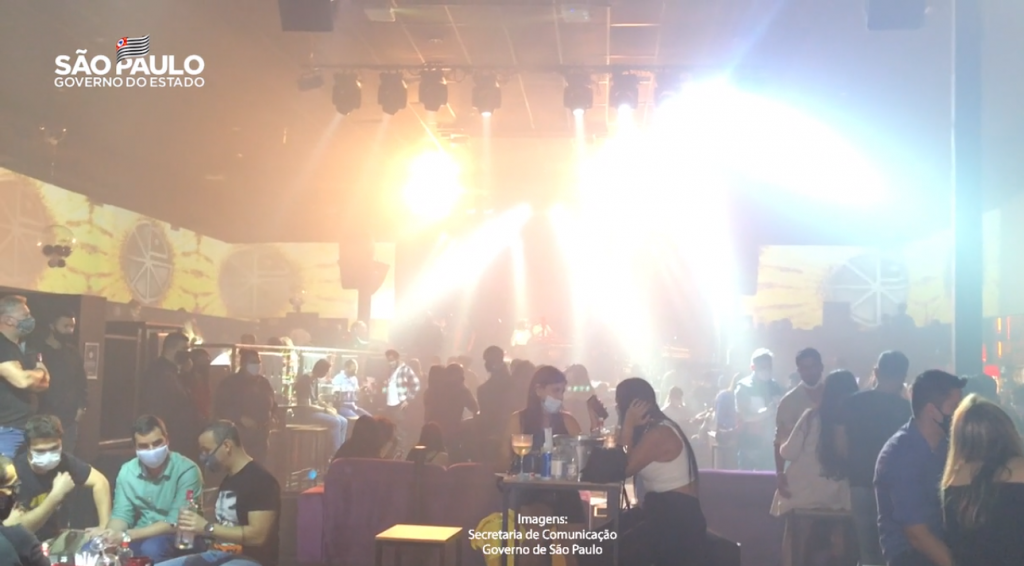 In total, 24 establishments were inspected over the weekend, nine of which were fined

Reproduction / Secretariat of Communication of the Government of the State of São PauloCommittee is formed by the health surveillance, by Procon, by the Civil and Military Police, in addition to the Metropolitan Civil Guard

The Blitze committee of the State government and the City of São Paulo interrupted, at dawn this Sunday, 18, a clandestine party in the South Zone of the capital. The club, which operated in a deactivated factory in the region of Santo Amaro, was deactivated after the arrival of the government task force of Sao Paulo. Athe whole, 1500 people were crowded together, most of whom were not wearing a protective mask. Another prohibited event was also stopped in the Vila Olímpia, West Zone of the capital. More than 350 people failed to comply with sanitary measures in the ballad Toca do Tatu. In total, 24 establishments were inspected this weekend, nine of which were fined. THE State task force was created on March 12 in partnership with the City Hall with the objective of strengthening inspections. O committee is formed by the health surveillance, by the Procon, by the Civil and Military Police, in addition to the Metropolitan Civil Guard. THEhe denouncements of clandestine parties or the operation of irregular services can be made by calling: 0800-771-3541 or via the Procon website.

*With information from reporter Vinicius Moura