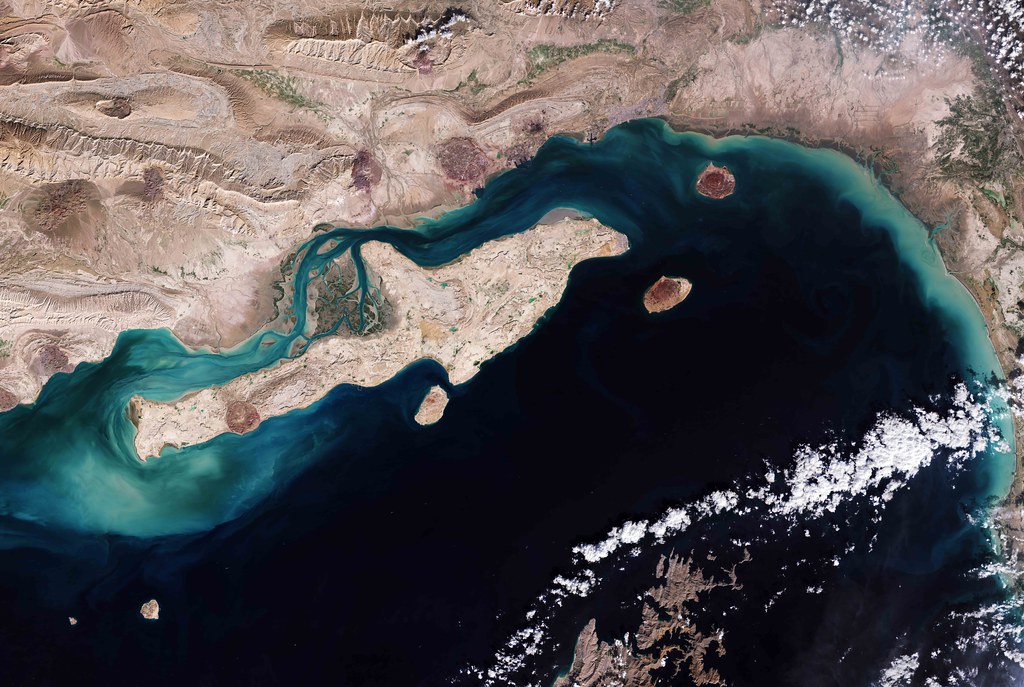 Qeshm Island, the largest in Iran, lies in the Strait of Hormuz

The Strait of Hormuz is small, but its location makes it so powerful that blocking it would be an economic catastrophe.

O Ever Given, a Panamanian-flagged container ship that is part of the fleet of Taiwanese shipping company Evergreen, ran aground on 29 March with a load of more than 18,000 containers managed by the multinational Bernhard Schulte Shipmanagement (BSM) and forced hundreds of ships to wait days to transit between the Red Sea and the Mediterranean Sea, and vice versa.

The incident resulted in a loss of about 9.6 billion dollars in blocked goods every day.

As important as this channel is, it is not as crucial as the Strait of Hormuz – the only way for ships to move between the Persian Gulf and the Gulf of Oman.

The Persian Gulf is surrounded by seven countries (United Arab Emirates, Saudi Arabia, Qatar, Bahrain, Kuwait, Iraq, and Iran) and, according to Interesting Engineering, four depend on it and the Strait of Hormuz to access the world’s oceans.

All are major oil producers and around the Persian Gulf you can find around half of the world’s natural oil reserves and 40% of the world’s proven natural gas reserves. All maritime traffic to and from the world’s main oil exporting countries has to go through this channel.

The Strait of Hormuz is a stretch of water only 48 kilometers wide, which means that not even Luxembourg would pass through it. Considering the territorial waters of Iran and Oman, the navigable area is reduced to just 10 kilometers.

But, despite being very small, it is the most important location, since by controlling these 48 kilometers, you control the whole world.

As 80% of world trade continues to be carried out through maritime transport, blocking the Strait of Hormuz would be very expensive. In fact, all the maritime arteries that surround this strait are the heart of the 21st century global economy.