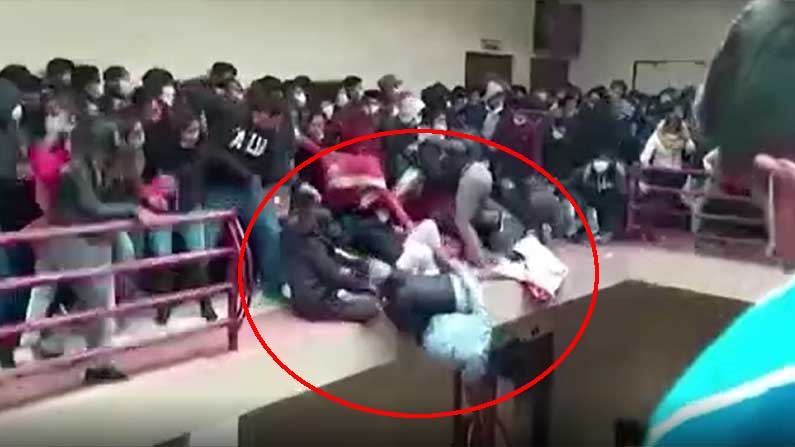 Metal rail collapse Most of all into the meeting hall ..

Metal rail collapse Attempts to get ahead of everyone into the meeting hall took the lives of the students. The accident in Bolivia shocked everyone. The incident took place at the university in el-alto. Students fall from the fourth floor when the railing breaks.

It’s actually a narrow path .. Students huddled in an attempt to get into the assembly hall quickly. Railing‌ could not bear that weight. Everyone fell down en masse. Nine students lost their lives in the accident. Many were seriously injured. The condition of the five injured in the accident is critical.

The injured are being treated at a hospital. The loss of lives in the incident, which involved students between the ages of 20 and 24, shocked everyone. The Bolivian government has ordered an investigation into the accident.

A girl ran away with four people..who did she marry so far? Big talk right now ..!