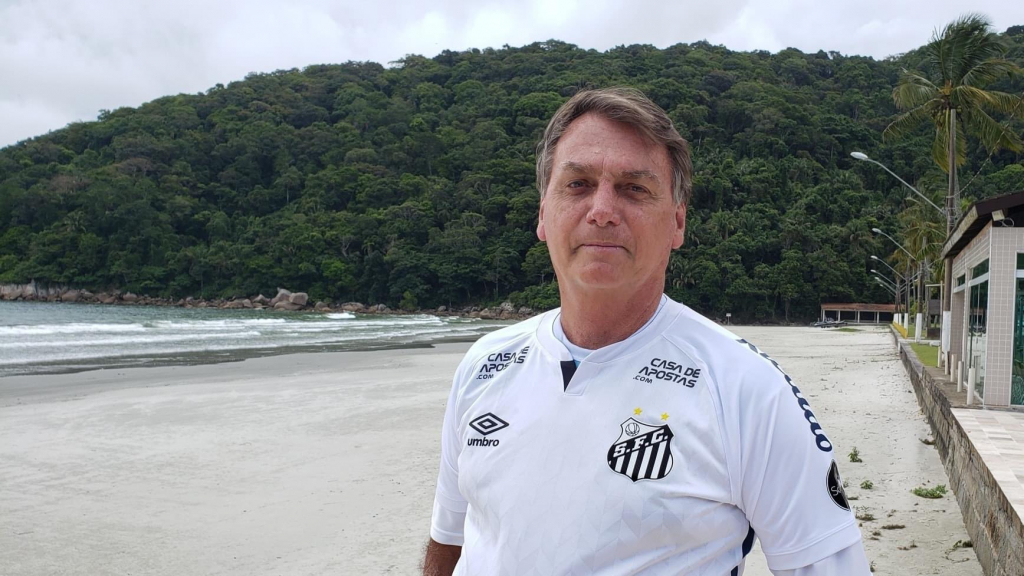 Video shows when the president jumps off a boat and swims towards the bathers, who flock to greet the leader

Playback / TwitterOn Wednesday, 30, when visiting the shore of Praia Grande, also without a mask, the president had already provoked a crowd of supporters, with whom he took pictures and even put a child on his shoulders.

The President of the Republic, Jair Bolsonaro, took advantage of the New Year holiday, to take a bath in the sea on the edge of Praia Grande, a municipality on the coast of São Paulo. As the images from a video posted by the president himself on social media show, he, again without a mask, jumps off a boat with some security guards and everyone swims towards the bathers. Screaming “myth”, dozens of them gathered with the approach of the president. After greeting the admirers, Bolsonaro dives back to the vessel, from where he leaves waving to the group. The head of the nation has been staying at Forte dos Andradas, in Guarujá, since Monday, 28.

On Wednesday, 30, when visiting the shore of Praia Grande, also without a mask, the president had already provoked a crowd of supporters, with whom he took pictures and even put a child on his shoulders. Speaking to journalists, the president said he was in a moment of relaxation, but that “Brazil continues to be managed”. “2020 was an atypical year, we were supposed to be very good in all aspects. Unfortunately, we had the pandemic and the consequences are there. Large indebtedness and we have information that the economy is reacting ”, he declared.

Criticism of measures to combat the pandemic

On New Year’s Eve, during the traditional live broadcast on Thursdays, the president downplayed the importance of wearing masks and censored social isolation measures. “The mask does not protect anything. This is a fiction. When are we going to have people with courage, that I am not an expert on the subject, to say that the protection of the mask is a small percentage? The mask works for the doctor who is operating, the specific mask. Ours here, practically zero. What you see most out there is the guy with the mask all ‘greasy’. Even with a bad smell ”. Bolsonaro also defended that only risk groups are isolated. “With the economic team and a few more ministers, we managed to avoid chaos, but with this policy of closing the economy down, we can bring chaos here. This hell, this haunt is coming back due to the irresponsibility of closing everything, ”he said.