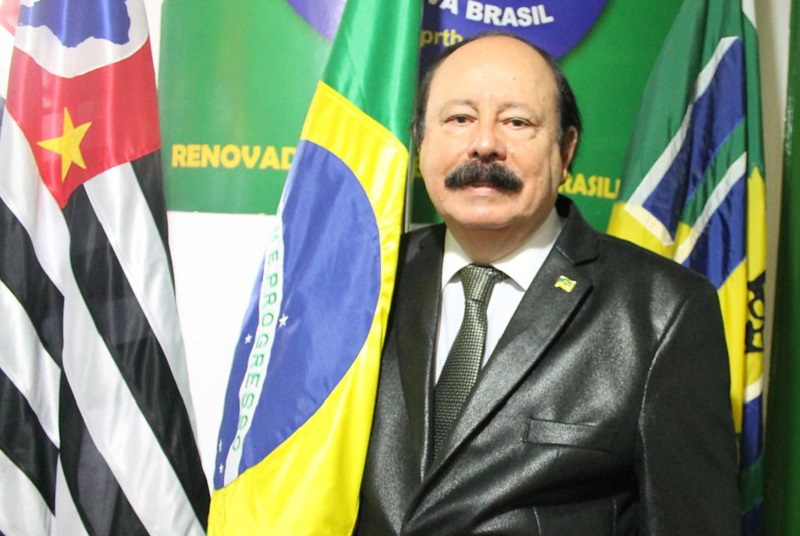 On social media, the president expressed his ‘sincere condolences’ and the deputy of the government said that conservatism has lost a great leader; check out the repercussions of goodbye to the Aerotrem man

Image: Disclosure / PRTBLevy Fidelix has been hospitalized since March to treat Covid-19

The president Jair Bolsonaro mourned the death of the politician Levy Fidelix, national president of PRTB, on his official Facebook page. “Death is always a difficult time for everyone. May the good memories of Levy Fidelix always remain with us. I express my sincere condolences to the family and I pray to God to receive him ”, said Bolsonaro on Saturday afternoon, 24. The vice president Hamilton Mourao, a member of the PRTB, also spoke about the loss on Twitter. “I regret the passing of friend Levy Fidelix. The Brazilian conservative movement loses one of its main representatives. May Jesus Christ bless and comfort the whole family. I still emphasize the person of Levy as a Brazilian citizen, head of the family and a politician with honesty of purpose. He was a hardworking and tireless man in the fight for a better and better Brazil, ”recorded Mourão, who posted photos next to his party colleague.

Due to complications of Covid-19, the president and founder of PRTB he died at the age of 69 on the night of this Friday, the 23rd. He was hospitalized since March to treat the disease in a private hospital in São Paulo. The death was confirmed by the party. ”It is with deep pain and regret that the PRTB, through its board, reports the death of our leader, founder and national president, Levy Fidelix. Rest in peace, man of the Aerotrem ”, published the acronym on Twitter. Known for defending the Aerotrem project, the idea of ​​building a bullet train that would link Campinas, São Paulo and Rio de Janeiro, Fidelix ran for several political positions in more than ten elections, but he never got elected.

I also point out the person of friend Levi as a Brazilian citizen, head of the family and a politician with honesty of purpose. A hardworking and tireless man for an ever better 🇧🇷 pic.twitter.com/8I770TBATt

Check out the repercussions of Levy Fidelix’s death:

It is with deep pain and regret that the PRTB, through its board, reports the death of our Leader, Founder and National President Levy Fidelix, which occurred on this date in the city of São Paulo. Rest in peace Aerotrem man! 😍 pic.twitter.com/8b1jXYNA03

Minister of the General Secretariat of the Presidency, Onyx Lorenzoni

May God comfort the heart of the Levy Fidelix family and receive him in all his kindness.

With sadness, I inform the death of a pioneer of conservatism in Brazil, Levy Fidelix by COVID-19. The death was confirmed at 8 pm on Friday (23). May the Holy Spirit console the family. My husband, the journalist Oswaldo Eustáquio was a great friend of Levy.

My feelings to Levy Fidelix’s relatives and friends and my support for Mayor Bruno Covas to recover soon.

For you he was an icon of Brazilian political folklore. For me it was just a ballad. He is gone but the dance of the air train will be forever. #levyfidelix #aerotrem pic.twitter.com/T0m6vXVg1I