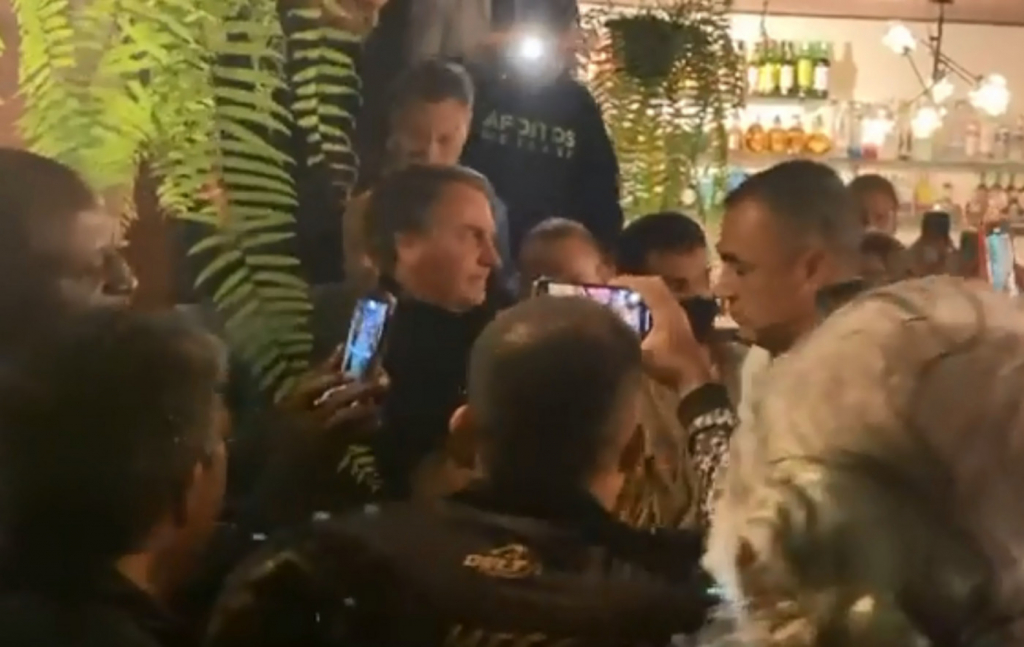 The president’s visit to Guarujá was not on the official agenda, but he brought together people – mostly without masks – on the beach, in food establishments and on motorcycles

Jair M. Bolsonaro/Twitter/Reprodução de vídeoPresident was greeted by people on the way out of a pizzeria in Guarujpa

The president Jair Bolsonaro gathered a small crowd coming out of a pizzeria in the city of Guaruja, on the south coast of São Paulo, on the evening of Monday, 12. In a video posted by the president’s own team, it is possible to see him beside the security guards leaving an upper floor of the establishment and being surrounded by shouts of “Bolsonaro” and photo requests. In another video posted by followers, an even larger group of people can be seen outside the pizzeria, surrounding Bolsonaro’s car. Almost none of them wear a mask, a mandatory instrument throughout the state according to a state decree instituted at the beginning of the pandemic, which establishes a fine of R$ 524.59 for those without proper protection. Shortly before going to the pizzeria, the president spoke with tourists and residents on the beach and rode a motorcycle in the city’s streets. The videos of the two actions, which were not on his official agenda, were also published on social networks.