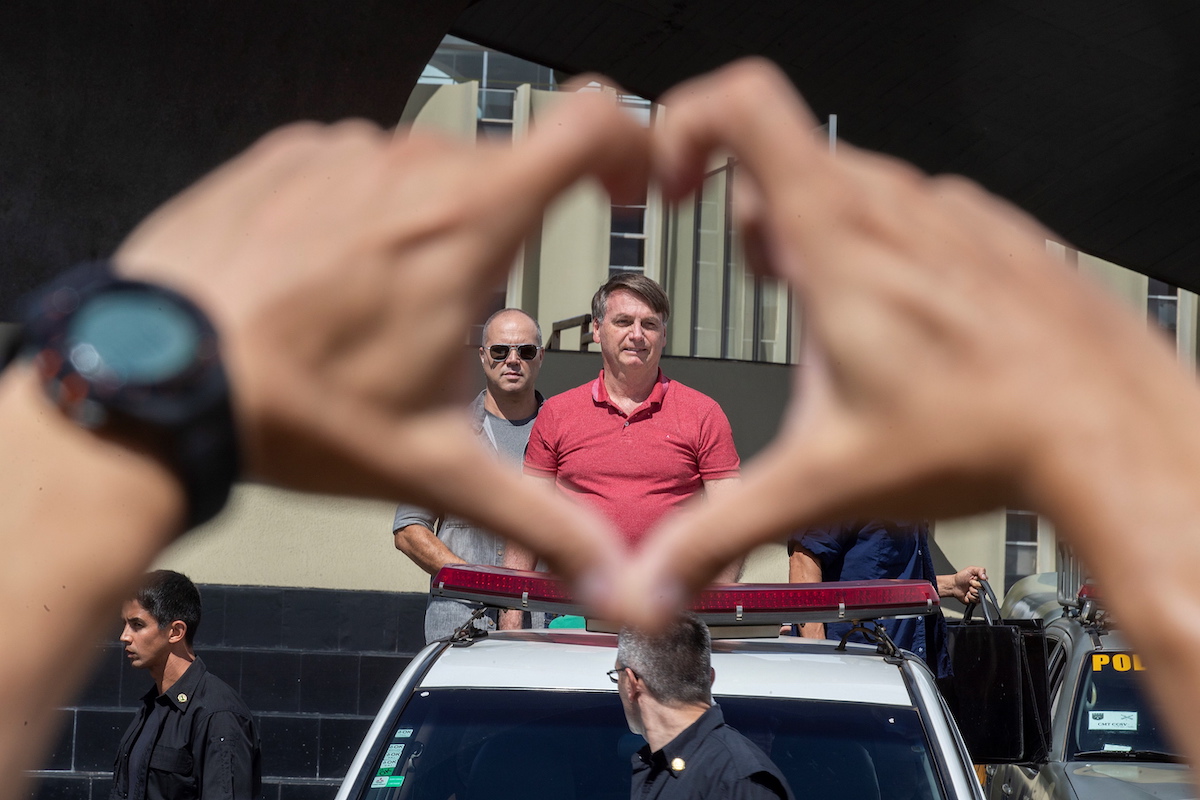 The Brazilian President threatened this Tuesday, judges of the Federal Supreme Court (STF) in a speech in Brasília, during a protest in defense of his Government, and stressed that the popular demonstration of his supporters represents an ultimatum to the three powers.

“We will no longer accept that the Supreme or any authority using the force of power overrides our Constitution (…) We also cannot continue to accept that a specific person in the region of the ‘three powers’ continues to barbarize our population”, said Jair Bolsonaro in allusion to the judge Alexandre de Moraes, do STF.

“We cannot accept any more political arrests in our Brazil,” said the President, referring again to Moraes, who in recent weeks has issued arrest warrants against Government supporters involved in an inquiry into undemocratic acts and false news that he has among those investigated. , Bolsonaro himself.

“I will continue to play within the four lines, but from now on I won’t allow other people, one or two, to play outside. There is only one rule of the game, respect for our Constitution”, he stated, adding that, if Moraes is not removed, the STF “can suffer what we don’t want”.

This Tuesday, on the day that marks Independence Day in Brazil, a demonstration in Brasília brought together thousands of people who wore the colors of the Brazilian flag and chanted chants and phrases in support of the governor.

The head of state said that both he and his supporters respect the Constitution and “do not want a break”, although the act was accompanied by thousands who carried posters and plaques, including in English, calling for measures such as arrest and dismissal of all judges of the STF, but also a military intervention that would keep Bolsonaro in power.

“Everyone here without exception is the one who will say where Brazil should go. We have on our flag written ‘Order and Progress’. That’s what we want, we don’t want a break, we don’t want to fight with any power, but we cannot admit that one person disturbs our democracy. We cannot admit that a person puts our freedom at risk”, said Bolsonaro, who will also speak today in São Paulo.

The head of state added that today’s demonstration, which took place in several Brazilian cities, constitutes a message from the population to the three powers: it is “a statement, an ultimatum, for everyone who is at Praça dos Três Poderes, including me, the President of the Republic.”

“As long as you are with me I will be with you and no matter how many obstacles we may have along our way”, he concluded.

No Twitter, Alexandre de Moraes wrote, in reply, that today is commemorated the Independence Day of Brazil, that it guaranteed freedom and that it only “strengthens with absolute respect for democracy“.

According to the online newspaper Observador, the Brazilian Social Democratic Party (PSDB) announced that it will meet urgently, this Wednesday, to discuss a possible process of impeachment of the President. At issue are the “very serious declarations of the President of the Republic today”.

The demonstrations encouraged by Bolsonaro were called almost two months ago in a context of strong tensions between the head of state and the Federal Supreme Court and Congress, institutions that the governor and part of the far right accuse of acting as “opposition parties” against the government.

In addition, the Brazilian President’s popularity is declining due to the pandemic, the economic crisis and the constant controversial statements made.

In recent weeks, the Brazilian president has provoked institutional instability by harshly criticizing the court, which is investigating the head of state for alleged irregularities in the fight against the covid-19 pandemic and for spreading false news about the transparency and reliability of the Brazilian electoral system.

On Saturday, Bolsonaro had already mentioned a possible institutional “break”. “The Federal Supreme Court cannot be different from the executive or legislative power. If there’s anyone there who dares to continue to act outside the four lines of the Constitution, that power has to call that person and frame him, and remind him that he has taken an oath to uphold the Constitution. If this does not happen, any of the three powers, the tendency is for a rupture to happen”, he threatened, quoted by BBC Brazil.