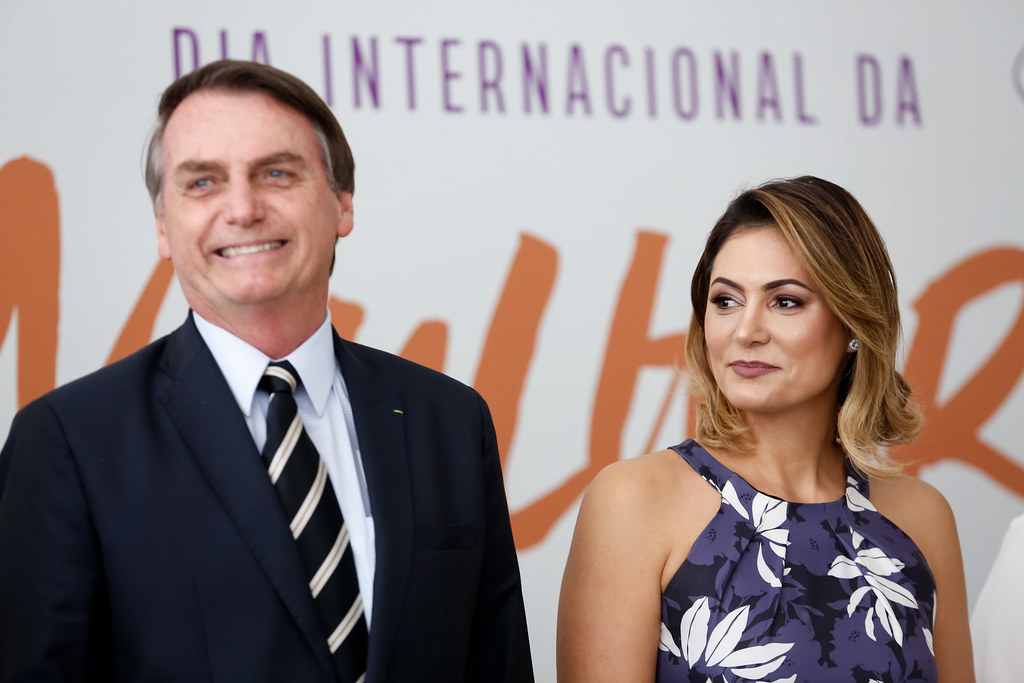 The President of Brazil, Jair Bolsonaro, and the First Lady, Michelle Bolsonaro

A Brazilian prosecutor called for an investigation into the reserve of three billion reais (470 million euros) of the 2020 budget for parliamentarians in exchange for supporting the government of Jair Bolsonaro.

According to the newspaper O Globo, the request was delivered to the Federal Court of Accounts (TCU) by the deputy attorney general Lucas Rocha Furtado, based on a report published by the newspaper O Estado de S. Paulo on Sunday.

At stake is an alleged scheme set up by the President at the end of last year to increase your support base in Congress, having created a parallel budget of three billion reais in amendments (instrument guaranteed to Brazilian parliamentarians in relation to the Budget), and which, in the majority, was destined for the purchase of tractors and agricultural equipment at prices up to 259% above the values benchmarks set by the Government.

This is money parallel to that provided for in the traditional individual amendments to which all senators and deputies are entitled. Secretly, these extra resources were concentrated in a group of parliamentarians who supported the Government.

With the secret budget, the Executive negotiated support for applications, in February, from Arthur Lira to the presidency of the Chamber of Deputies and Rodrigo Pacheco to command the Senate, candidates supported by Bolsonaro and who came out winners.

“The situation requires, in my view, the role of the TCU in fulfilling its constitutional powers of external control of an accounting, financial, budgetary, operational and patrimonial nature of the federal Public Administration, in order to determine the acts of the Executive perhaps – contrary to the isonomic rules foreseen for the approval and liberation of individual parliamentary amendments – favoring certain parliamentarians, in return for supporting Government projects ”, stressed the prosecutor, quoted by O Globo.

“These ‘extra’ resources would occur, in principle, outside all constitutional, legal and regulatory rules, in breach of the principle of isonomy that guides the distribution of budgetary resources among parliamentarians in the regime of individual amendments and without the transparency it requires the use of public resources, ”he added.

In addition to the prosecutor, federal deputy Marcelo Freixo also filed a request with the TCU to investigate this parallel budget.

According to the newspaper O Estado de S. Paulo, the Ministry of Regional Development and the state company Companhia de Desenvolvimento do Vales do São Francisco and Parnaíba (Codevasf) have been the preferred shortcut for deputies and senators to direct these funds to works , such as paving and installing wells, and for the purchase of heavy machinery, such as tractors, backhoes and tankers, for municipalities considered strategic.

“It is absurd for the Federal Government to continue to sponsor its allies, including former and current presidents of parliamentary houses, for the management of private interests with a clear deviation in purpose and over-invoicing. Such funds could have been used in combating the pandemic, especially in the purchase of vaccines ”, indicated Freixo in the document delivered to TCU.

In a three-month investigation, the newspaper O Estado de S. Paulo had access to 101 offices and found that Bolsonaro allegedly attributed to a group of deputies and senators the right to impose where billions of reais would be invested, coming from a new modality of amendments, called RP9.

However, officially, Bolsonaro vetoed the Congressional attempt to define the application of the resources of the RP9 amendments. The President considered that this contradicted the “public interest” and stimulated “personalism”, but it was exactly this scheme that he adopted, ignoring his own act, according to the investigation by O Estado de S. Paulo.

The Brazilian Attorney General (PGR) rejected a request made to the Federal Supreme Court (STF) to open an investigation against the President for checks deposited in the account of the first lady by a former adviser.

The information was reported this Monday by the newspaper O Globo, which indicated that the PGR manifestation, Augusto Aras, was sent to Supreme Judge Marco Aurélio Mello, and it is now up to the magistrate to decide whether or not to accept the request of the PGR.

At stake are about 20 tanks made by the friend of the Bolsonaro family and former advisor, Fabrício Queiroz, in the bank account of the current first lady, Michelle Bolsonaro, in the total amount of 72 thousand reais (about 11,345 euros).

In addition to the amount transferred by Queiroz, between 2011 and 2016, his wife, Márcia de Aguiar, also allocated 17 thousand reais (2680 euros) in checks to the President’s wife.

In view of these transfers, a lawyer filed a request with the STF for an investigation to be opened for the crime of embezzlement and diversion of public resources, based on the reports published at the time and which denounced the situation.

However, Augusto Aras maintained that only the news published in the press does not constitute a sufficient element to open an investigation, according to O Globo.

The PGR argued that the Public Ministry of Rio de Janeiro has already filed an indictment against the senator Flávio Bolsonaro, son of the President, on the matter, but did not forward any evidence of crime involving Jair Bolsonaro to the Attorney General’s Office.

Fabrício Queiroz and Flávio Bolsonaro are suspected of operating a diversion scheme of public money through the appropriation of part of the salary of former employees of the son of the head of state in the Legislative Assembly of Rio de Janeiro (Alerj), an illegal practice known by the term “rachadinha”.

“It is notorious that the alleged spurious relations between Flávio Bolsonaro and Fabrício Queiroz (…) were the subject of a complaint, in the first instance, to the disadvantage of both and other people allegedly involved in related crimes. There is no news, however, that there were (…) indications of the commission of criminal offenses by the President of the Republic ”, wrote Aras, quoted by O Globo, rejecting the opening of an investigation against the agent.

Around 2500 Brazilian artists, including singer and writer Chico Buarque and actor Gregório Duvivier, launched this Monday a manifest for dismissal of Jair Bolsonaro of the Presidency, due to the management of the pandemic.

Entitled “Artists for Impeachment [destituição]“, The manifesto harshly criticizes Bolsonaro’s administration during the pandemic, which left more than 423 thousand dead and 15.2 million infected in Brazil, one of the countries most affected by the health crisis worldwide.

“Several measures could have been taken to reduce the number of deaths, but they were not. The strategy went in the opposite direction. The neglect and denial of scientific achievements continue to be encouraged ”, indicates the manifest posted on the website of the organization Jornalistas Livres.

“With this, the number of human lives lost is increasing every day. In other words, we live under the tutelage of a criminal government that, due to the diligence and irrational conduct of the health crisis, causes a number of deaths that are much higher than what would be inevitable ”, emphasizes the text.

In addition to the manifesto, a petition was also launched for the dismissal of the current Brazilian head of state, in a virtual event that brought together names such as the singer and composer Ivan Lins, the actress Malu Galli, the musician Zeca Baleiro, the indigenous Ailton Krenak , rapper Emicida or actress Maria Bopp.

“I am an ordinary person, the son of a military man and a primary school teacher, I was well educated, thank God. I cannot imagine a President at the level of this man, who has total disregard for human life. A President who has never visited a hospital to give strength to doctors, who has the courage to suggest the immunization of a herd, a slaughter. We don’t have a statesman, we have a terrorist ”, defended Ivan Lins at the meeting.

The collective letter ended with an invitation to the entire “Brazilian society” for “a unification of the diverse social, political and cultural efforts”, aiming at “stopping the national genocide”.

“We invite the Brazilian nation to a unique, urgent and fundamental request, so that we have the possibility to see a future through the public and wide discussion of the process of challenging the current mandate of the Presidency of the Republic. Cease a Genocide ”, reinforces the manifesto.

“The mayor and the congressmen must put the matter on immediate discussion, since this is the greatest desire of a large part of Brazilian society. We can no longer watch these macabre and irresponsible maneuvers that make us lose thousands of human lives to Covid-19 through calculated genocide on a daily basis ”, he stresses.

So far, the petition for the dismissal of Bolsonaro has almost 23,000 signatures. 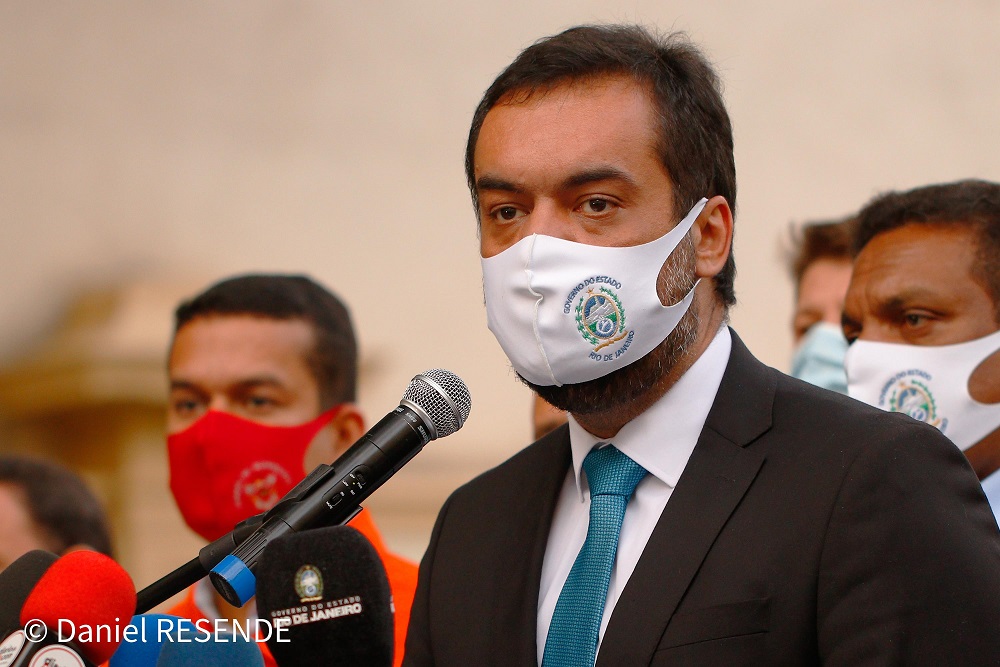 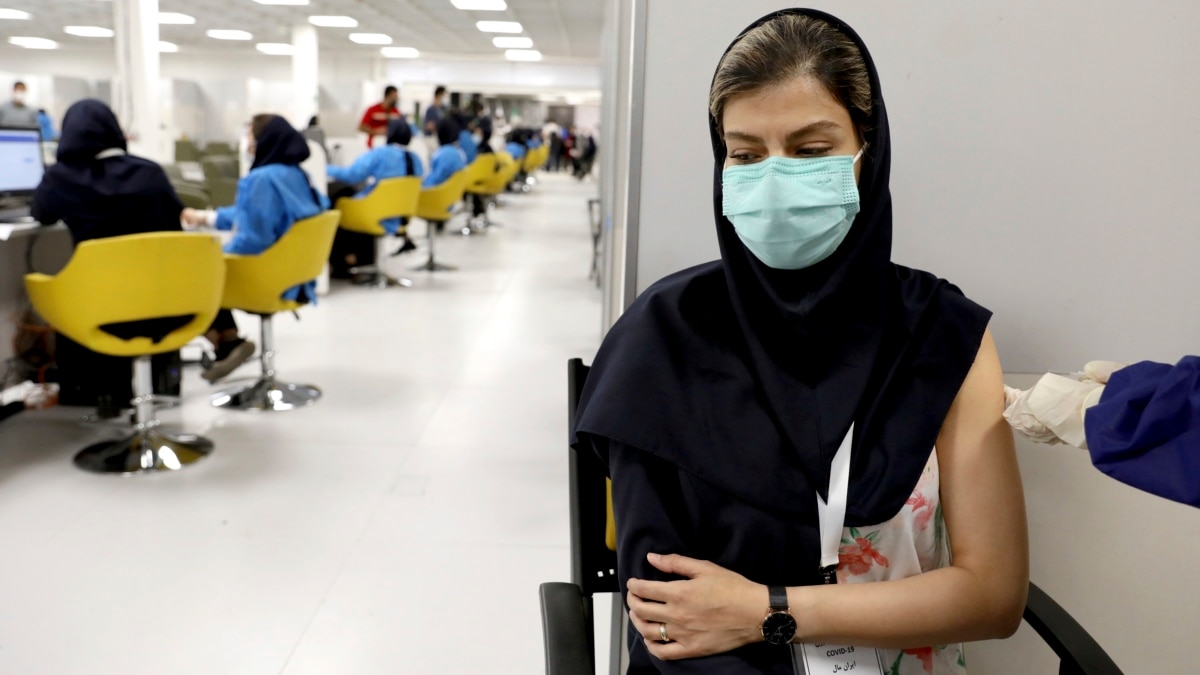