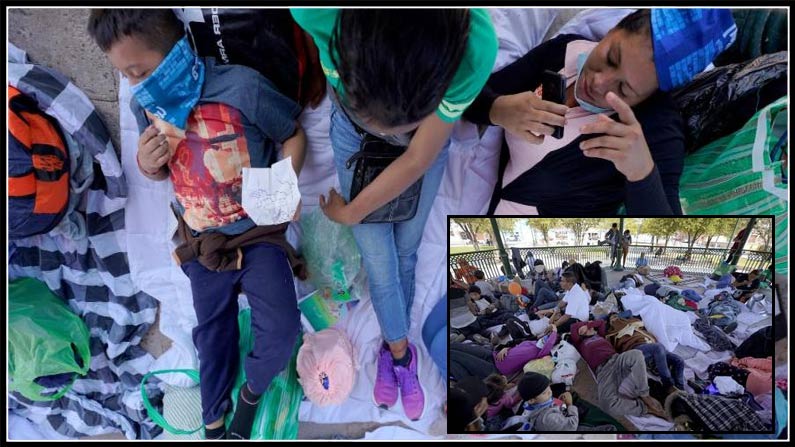 President Jobaiden ‘s promise to protect refugees entering their country illegally and to provide them with shelter from a humanitarian perspective seems to be watered down. Hundreds, thousands every day …

President Jobaiden ‘s promise to protect refugees entering their country illegally and to provide them with shelter from a humanitarian perspective seems to be watered down. U.S. officials are holding their heads high, not knowing how to thwart or control the hundreds and thousands of people who come in every day. Homeland Security Secretary Alejandro Mayorkas said it was not time to enter the United States, please do not come, and that the boards themselves had put up borders that the journey was too dangerous. He said the refugees from neighboring countries were mostly children and young people and the shelters already set up for them were full. But already more than 15 thousand children have reached here. They are all looking forward to when they will be able to enter the country. It is expected that about 20 million refugees will come to the United States this year.

President Biden himself has said he will pay a visit to the border. “Please stay at home.” Democrats, along with Republicans, are increasingly critical of the Biden government. Alejandro Mayerkas says the corona virus situation, along with Trump’s approach, is also a problem for these refugees. He said they had a plan and would implement it, but it would take time. He also said that the stalemate was due to the real Trump. He said three new shelters were set up last week and it was possible to increase the number if possible. Republicans, however, rejected the plan. Weeks like this is not a workout.