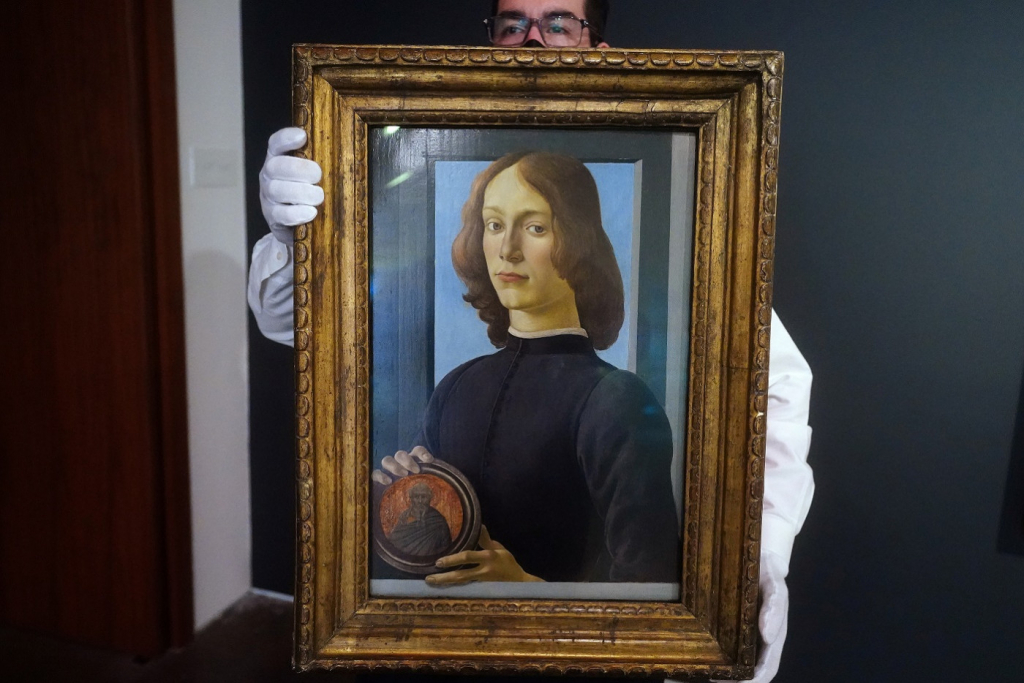 To work Young man holding a medallionby the italian artist Sandro Botticelli, was auctioned by Sotheby’s, in Nova York. The 58 x 39 cm painting was sold for US $ 92.2 million – equivalent to R $ 498 million. The painting is considered one of the great portraits produced by Botticelli. The identity of the young man portrayed is unknown, but some experts believe he may be a close friend of the Medici family, a powerful Florentine clan. The picture shows a young, blond man with loose hair, at the nape of his neck, holding in front a medallion with the image of a saint, as if he were showing it to the spectator.

The figure of this sanctity is also an original work, from the 14th century, attributed to the Italian painter Bartolommeo Bulgarini. The portrait Young Man Holding a Medallion has been exhibited in major museums around the world and is about 500 years old. For the past 150 years, the painting was under private care and was auctioned in 1848 for $ 64. Sandro Botticelli is one of the great exponents of the Italian Renaissance, an artistic movement that succeeded the Middle Ages and had characteristics such as the appreciation of classical antiquity, of science and humanism. The Florentine painter, who was born in 1445, is the author of other great works of the Renaissance: The Birth of Venus and The Spring.