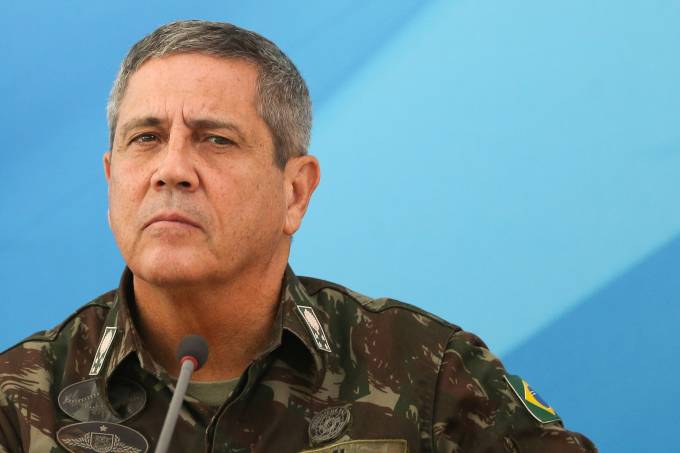 Minister denied that he had sent a message, through an important political interlocutor, to the president of the Chamber of Deputies

The Minister of Defense, Walter Braga Netto, denied this Thursday, 22, that he had made threats against the realization of 2022 elections. According to a newspaper report The State of São Paulo, the minister sent a message, through an important political interlocutor, to the president of the Chamber of Deputies, Arthur Lira (PP-AL), saying that there will be no elections in 2022 if the printed and auditable vote is not approved. Upon arriving at the Ministry of Defense headquarters, Braga Netto limited himself to saying that the information was an “invention”. During the Inauguration of the Multisatellite Antenna, the minister spoke again about the subject. The general stated that he does not use interlocutors to speak with presidents of other powers and that Armed forces always act within the limits provided for in the Constitution. “Today a story was published in the press that attributes messages to me trying to create a narrative about threats made by interlocutors to the president of another power. The Minister of Defense does not communicate with the presidents of powers through interlocutors”, said Braga Netto.

“This is yet another misinformation that generates instability among the powers of the Republic at a time that requires national unity. The Ministry of Defense reiterates that the Armed Forces always and will always act within the limits provided for in the Constitution.” Then, the minister added that he believes that “all citizens want greater transparency and legitimacy in the process of choosing their representatives in the Executive and Legislative branches.” “The discussion on auditable electronic voting, through printed proof, is legitimate, defended by the federal government and is being analyzed by the Brazilian parliament, which is responsible for deciding on the issue”, he concluded. In a post on her social networks, Lira did not confirm the veracity of the information published by Estadão, but she also did not deny them. “Regardless of what is published or not in the press, the fact is: Brazilians want a vaccine, they want work and will judge their representatives in October of next year through popular, secret and sovereign vote”, summed up the deputy. “The government’s latest decisions were for the recognition of policy and articulation as the only way to move the country forward,” concluded Lira.