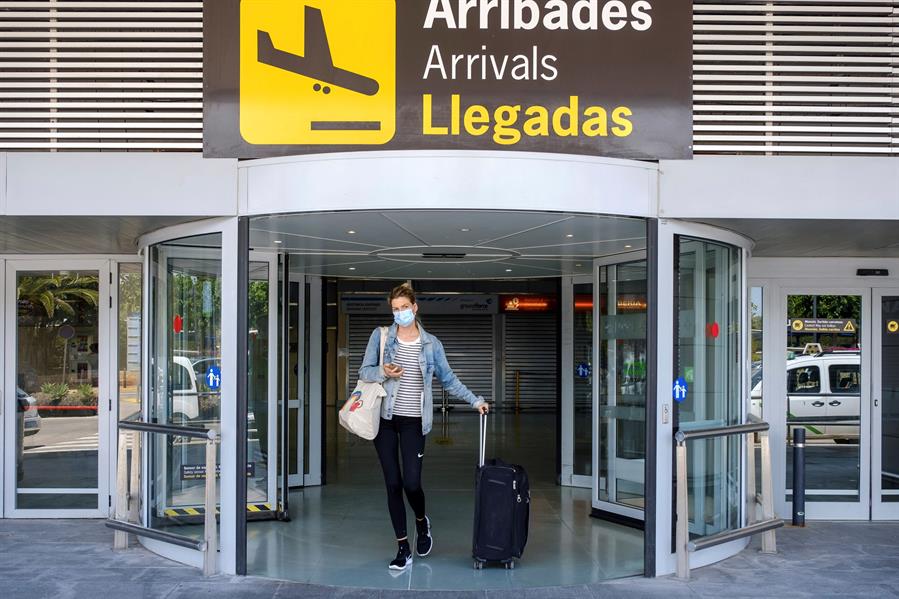 Anvisa asked the ministries of the Brazilian government, especially those of Health and Justice, to adjust the current rules on restrictions on entry into the country.

EFEWith the new variant in circulation, there is concern about depletion of ICU beds

O Ministry of Health reported on Wednesday, 26, at night, that Brazil has seven confirmed cases of the Indian variant of the new coronavirus. Six are in São Luís, Maranhão, and one in Campos dos Goytacazes, in Rio de Janeiro. Three suspected cases, in Minas Gerais and Pará, are monitored and await the end of genetic sequencing. The variant has already been detected in 49 countries and four territories, according to World Health Organization. With that, the Anvisa asks that the ministries of the Brazilian government, especially those of Health and Justice, adjust the current rules on restrictions on entry into the country – established by ordinance 653, of May 14, 2021.

The main issue is in the quarantine criteria of travelers who have come or have passed through the United Kingdom, South Africa and India. Thus, state and municipal governments must establish quarantine locations for these passengers in exclusive hotels, for example. Among the most recent cases, the State Department of Health of Rio de Janeiro reported that the passenger who came from India on Saturday and tested positive for the Indian strain is quarantined in Campos dos Goytacazes, in the north of the state. According to the Municipal Under-Secretary of Health of the municipality, Charbell Kury, now the patient is in the capital, under the care of the company that operates.

“There was no vacancy in this hotel and he was sent to Rio so that he could fulfill the quarantine in a hotel in Rio. It is worth remembering that he came to pass through a hotel, where he arrived to check in, and served half an overnight stay. . Then, he returned to Rio de Janeiro. ” From this same flight, in São Paulo, the Municipal Health Secretariat monitors three local residents. The mayor Ricardo Nunes stated that the city of São Paulo is taking the necessary preventive measures against the third wave of the Indian variant. “When this variant of India was identified there in Maranhão on a ship, we already had several meetings and the proposal to Anvisa and the Ministry of Health to make sanitary barriers. It started yesterday at the bus station, we are discussing with the Secretary of Health, the Ministry and Anvisa. ”

Regarding all this situation, Anvisa said that it does not have a laboratory at any airport in the country and that all migratory requirements have been met, which authorized the entry of the passenger in question in the country. With the new variant in circulation, there is concern about the depletion of ICU beds. In the most recent Fiocruz, the institution points out that 17 states and the Federal District have an occupancy of 80% or more in their ICU beds for Covid-19. Nine states have a rate equal to or greater than 90%: Piauí, Ceará, Rio Grande do Norte, Pernambuco, Sergipe, Paraná, Santa Catarina, Mato Grosso do Sul and the Federal District. Another issue of concern is the rejuvenation of the pandemic, which spreads among patients who are not elderly. The health researcher and member of the Committee to Combat the Coronavirus at UFRJ, Chrystina Barros, criticizes Brazilian actions in the face of the disease scenario.

“It is a bad example of leadership, of government. We do not have an epidemiological surveillance, definitive testing program. Variants are spread around here and are discovered outside. This puts us, on the eve of winter, in a scenario of great risk and great fear. At the risk of a third or fourth wave with a shortage of important materials to save lives. And the risk of losing more victims to this disease. ” One news, at least, brings some tranquility: the Ministry of Health received, in the beginning of last night, 629.4 thousand more doses of vaccine from Pfizer / BioNTech. The immunizer arrived at Viracopos airport, in Campinas. From there they went to the distribution center of the Ministry of Health in Guarulhos for later distribution.