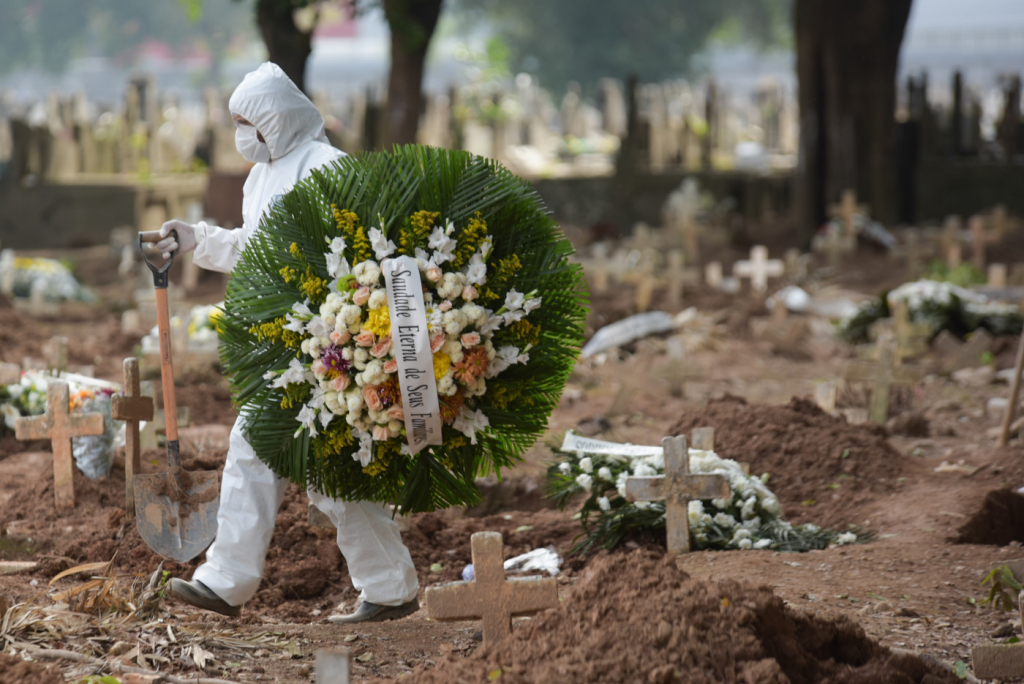 67,467 new cases of the disease were also recorded, increasing the number of infected with the new coronavirus (Sars-Cov-2) and its variants to 16,342,162

MARCELO FONSECA / ESTADÃO CONTENTMoving average over the past seven days has dropped to 1,797

In the past 24 hours, the Brazil recorded 2,245 new deaths from Covid-19. At the moment, the total number of fatalities recorded since the beginning of the pandemic is 456,674. In the same period, 67,467 new cases of the disease were recorded, bringing the number of people infected by the new coronavirus (Sars-Cov-2) and its variants to 16,342,162. The moving average of deaths in the last seven days fell further, to 1,797, as did the daily average of new cases, which fell to 64,010. The lethality rate for Covid-19 remained stable at 2.8%. In turn, the mortality rate increased to 217.3 per 100,000 inhabitants, as well as the incidence rate, which was 7,776.5 per 100,000 inhabitants. The data were released by the National Council of State Health Secretaries (Conass) through an update made at 18h this Thursday, 27th.