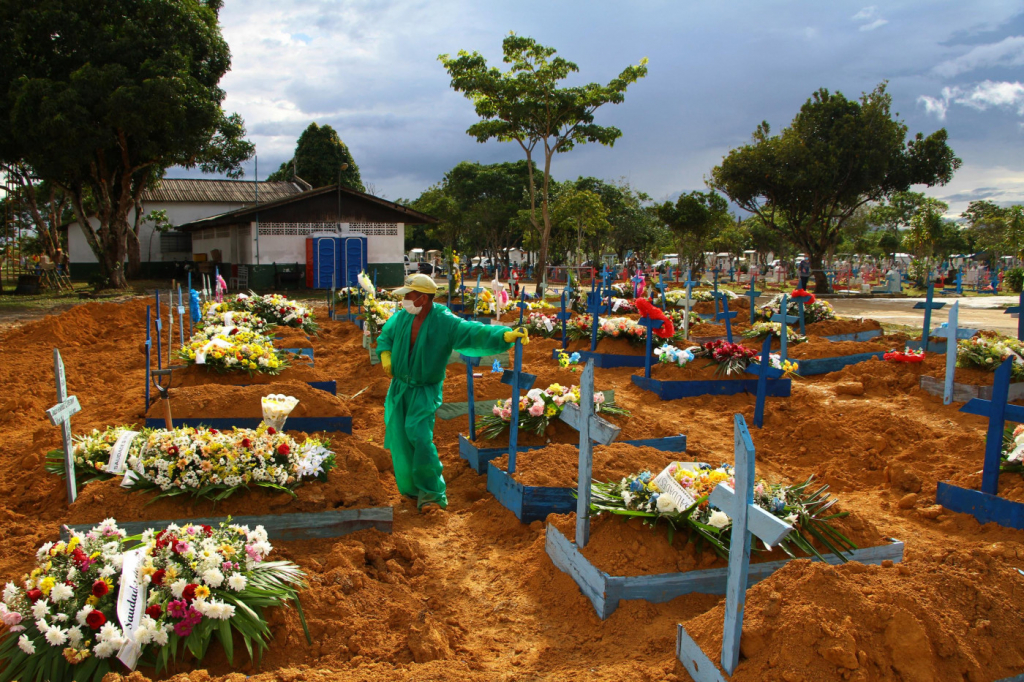 With this, the country surpasses the mark of 524,000 deaths caused by the disease; in the same period, 27,783 new cases were registered

In the last 24 hours, Brazil recorded 830 deaths caused by Covid-19, according to a bulletin released this Sunday afternoon, 4, by the National Council of State Health Secretaries (Conass). With that, the country reached the mark of 524,417 deaths since the beginning of the pandemic. In the same period, 27,783 new cases were registered, in a total of 18,769,808 accumulated in a year and a half of health crisis. The moving average of deaths for the last seven days rose from 1,550 to 1,563, while the average of new infections remained at 1.565 while the average of daily cases dropped to 49.887. The lethality rate remains stable at 2.8%. On the other hand, according to data from Ministry of Health, 27,408,679 people were fully immunized with either two doses or Janssen’s single-dose vaccine – the vaccinated population, over 18, is 158,095,094 people.