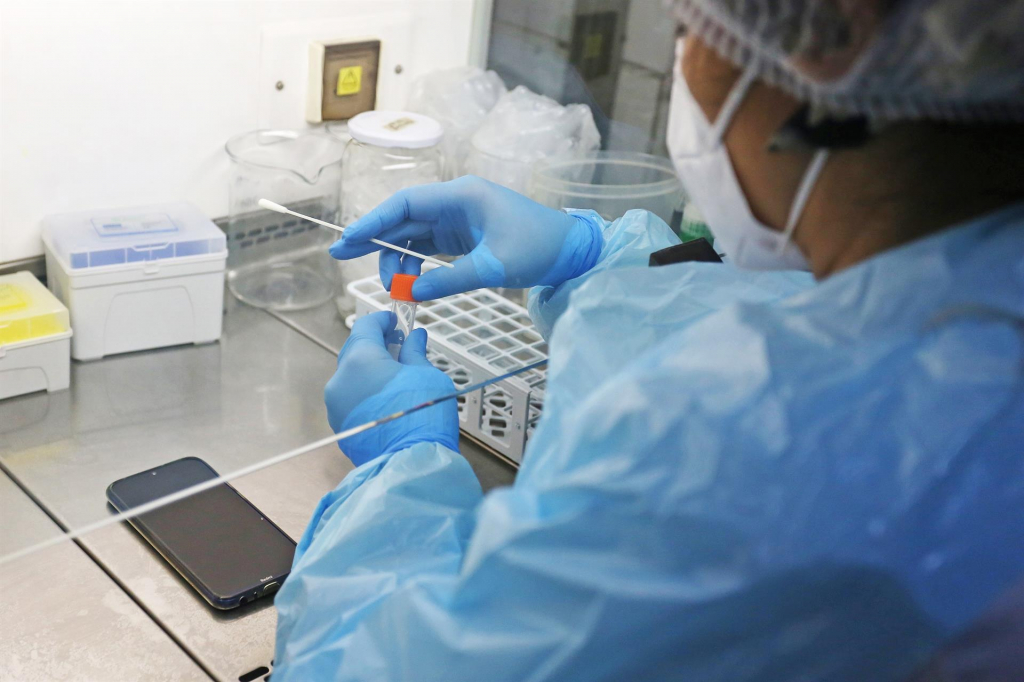 Ministry of Health informed that the cases are being monitored; Rio de Janeiro was the state that registered the highest number, with 74 so far

The Ministry of Health reported that at least 97 cases of infection with Delta variant, the most transmissible strain of the coronavirus, were reported in Brazil, five of which resulted in deaths. Records were made in seven states, but deaths were concentrated in Paraná and Maranhão. “The folder clarifies that the cases and their respective contacts are monitored by the local Epidemiological Surveillance and Health Surveillance Center (CIEVS) teams, as directed by the Epidemiological Guide of the Covid-19”, said the ministry, in a statement. Rio de Janeiro is the state with the highest number of cases of the Delta variant – there have been 74 so far. The Subsecretariat of Surveillance and Primary Health Care claimed to have carried out 380 sample processing through the Corona-Ômica-RJ project, which analyzes approximately 800 tests collected throughout the state each month.

In the capital, the total number of people infected with the strain jumped from seven, on Friday, 16, to 23 on Saturday, 17. “Variante Delta is really setting up in Rio. We received confirmation of 15 more positive results from the UFRJ laboratory and one from (private laboratory) DASA. With seven more we had from Fiocruz, a total of 23 confirmed cases”, wrote the municipal secretary of Health of Rio, Daniel Soranz, in a publication on Twitter. Across the State of Rio, the new variant has already been confirmed in 12 cities. In addition to the state capital, the strain was identified in Duque de Caxias, Itaboraí, Itaguaí, Japeri, Maricá, Mesquita, Niterói, Nova Iguaçu, Queimados, Seropédica and São João de Meriti.

Originally identified in India, this strain has been classified by the World Health Organization (WHO) as a variant of concern. Estimates further indicate that the variant is about 50% more transmissible than the Alfa, first discovered in the UK. O Ministry of Health he also informed that there are records of a contamination in Minas Gerais, two in Goiás, three in São Paulo and two in Pernambuco. In Paraná, there were nine cases and four deaths, and in Maranhão, six records and one death. The ministry explained that it has made a joint effort with the states in which the cases occurred to intensify the genomic sequencing of samples positive for Covid-19, laboratory surveillance, contact tracing and the isolation of suspected and confirmed cases. “This way, it is possible to notify them immediately and take preventive measures in areas suspected of circulating variants,” said the folder.

Because of the Delta variant, governments have allowed manufacturers to shorten the interval between applications of Covid-19 vaccines. AstraZeneca or Pfizer, as did the State of Rio and the Federal District. The justification is to have a larger portion of the population with the complete vaccination schedule, especially among the most vulnerable groups. Espírito Santo, Maranhão, Mato Grosso do Sul, Pernambuco and Santa Catarina also chose to reduce the window between applications. The reductions have been from 12 weeks to ten or eight weeks. The São Paulo government, on the other hand, chose not to adopt this strategy for the time being. Reducing the time between injections divides experts. Fiocruz, responsible for producing the immunizing agent Oxford/AstraZeneca in Brazil, expressed its opposition to shortening the interval. Abroad, Delta’s advance has sparked debate about the use of a booster dose. Pfizer even asked the US authorities for approval to offer a new injection, which has not yet occurred. Israel has approved a third application.