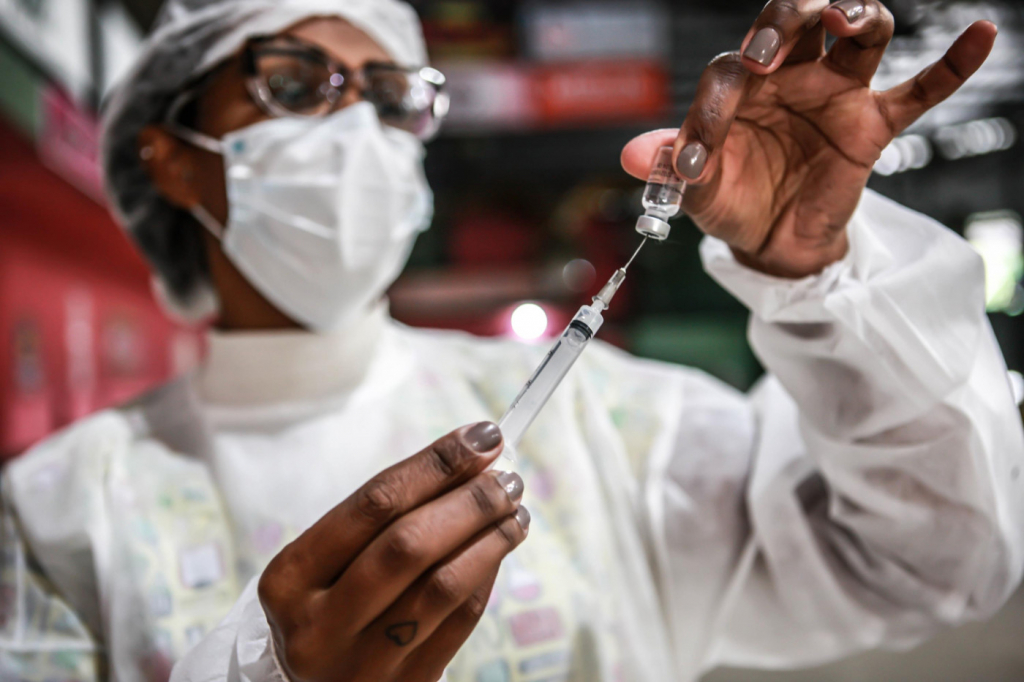 Country reaches 47% of the population with two doses or a single dose of Janssen; 93% of the target audience has already received at least one dose

Brazil surpassed this Wednesday, 13, the mark of 100 million people with the vaccination schedule full against a Covid-19, or with a single dose of the immunizing agent from Janssen or with the two of Pfizer, CoronaVac e AstraZeneca. According to data from the country’s state health departments, the number of Brazilians vaccinated reached 100,357,628 in total. The number represents 47% of the total Brazilian population, estimated at approximately 210 million people, and 62% of the target audience of the Ministry of Health, which does not include children under 12, for example. Regarding the first dose, 93% of the target audience has already received the immunizing agent.

To date, more than 300 million doses of Covid-19 vaccines have been distributed nationwide. For the next few days, the folder forecasts the arrival of over 51.5 million units of immunizing agents – 15.3 million from AstraZeneca and 36.1 million from Pfizer. The country has also applied more than 2.4 million booster doses to the elderly or health professionals. The states with the most advanced vaccination campaign are São Paulo (61.1% with complete immunization), Mato Grosso do Sul (60.3%) and Rio Grande do Sul (53.3%). The ones that have the most to advance are Amapá (25.5%), Roraima (25.9%) and Pará (32.7%). A major concern now is to look for people who missed the proper date to receive the second dose – São Paulo, for example, will do a joint effort next Saturday to find the ‘late ones’.