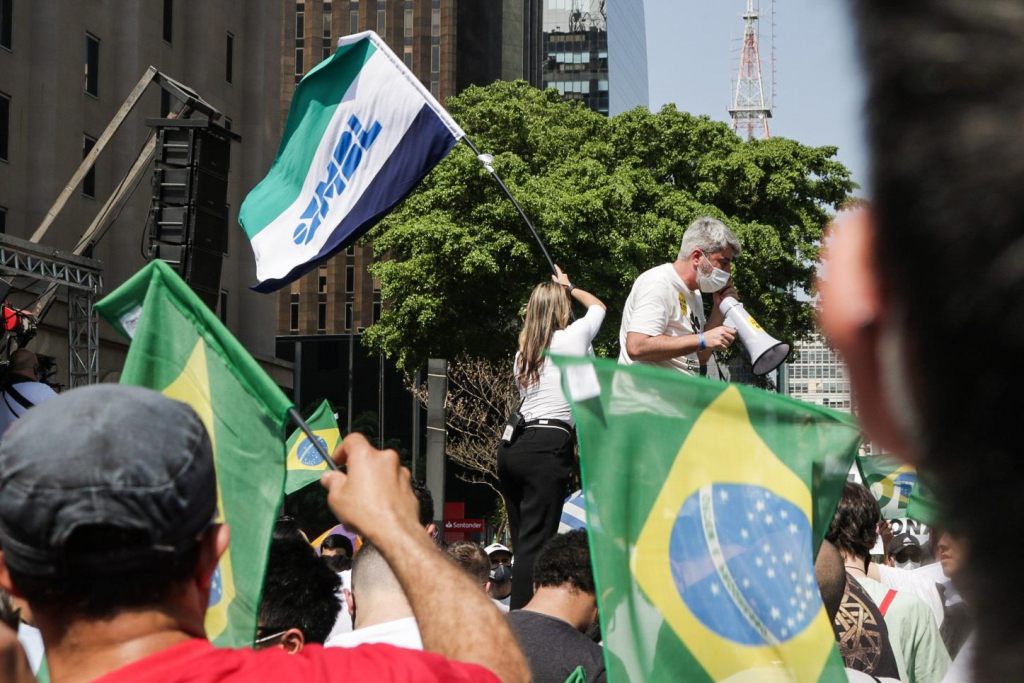 At least 15 states are expected to have acts this Sunday; protesters defend third way in 2022 elections and protest: ‘Neither Bolsonaro nor Lula’

GUILHERME GANDOLFI/FUTURA PRESS/ESTADÃO CONTENTIn São Paulo, groups are organizing in traditional spots on Avenida Paulista, such as the Fiesp building and MASP

Protesters start protests against the government of Jair Bolsonaro in several Brazilian cities. The expectation is that at least 15 capitals will be the stage for the manifestations, whose main agenda is the request for impeachment of the President of the Republic. In São Paulo, groups are organized in traditional points of the Paulista Avenue, such as the building of the Federation of Industries of the State of São Paulo (Fiesp) and the Museum of Art of São Paulo (MASP). Some participants carry party flags, such as the Democratic Labor Party (PDT) e do New, and also the Brazilian flag. This Sunday’s demonstrations are organized by Free Brazil Movement (MBL), Come to the street e Books. Although the acts are based on the removal of Bolsonaro, leftist parties such as the Workers Party (PT) and the Socialism and Freedom Party (PSOL) should not participate, but union centrals support the acts.

While São Paulo prepares for protests, other capitals are already registering demonstrations, such as in Salvador and Manaus, where the events began in the early morning. In Espírito Santo, for example, the participants initially gathered at Praça do Papa, in Vitória, around 9:30 am. In Belo Horizonte, in turn, the participants went to Praça da Liberdade, in the center of the capital of Minas Gerais. Among several posters, those present carried banners calling for presidential impeachment and defending a “third way” in the 2022 elections. In Rio de Janeiro, protests took place in Copacabana and were divided: on one side, protesters called for the impeachment of Jair Bolsonaro, while in the other, in addition to the removal, they also oppose former president Luiz Inácio Lula da Silva, carrying banners with the phrases “Nem Bolsonaro, nor Lula”.

This duality seen in the capital of Rio de Janeiro is also repeated in São Paulo and should intensify throughout the protest. The expectation is that the demonstrations will still take place in Florianópolis, Goiânia, Porto Alegre and Curitiba. Authorities and politicians as João Amoedo, Ciro Gomes and the former Minister of Health, Luiz Henrique Mandetta, are expected for the events. Representatives of the Brazilian Social Democracy Party (PSDB) are also confirmed for the demonstrations. The São Paulo Military Police is preparing to police the protest with two thousand police officers, 700 vehicles, 50 horses, 10 dogs, two helicopters, six drones and six Guardians of the Shock Command vehicles.