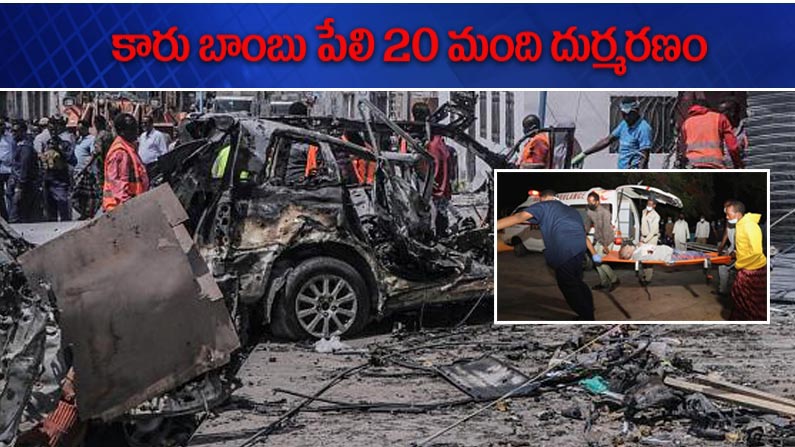 The Somali capital was rocked by a car bomb. A car loaded with bombs was blown up and blasted into a restaurant. The blast killed at least 20 people. Bomb blasts in nearby areas …

Car bomb blast kills twenty in Somalia: The Somali capital was rocked by a car bomb. A car loaded with bombs was blown up and blasted into a restaurant. The blast killed at least 20 people. All nearby areas were shaken by the bomb blast. Preliminary information is being received that there is an Al Qaeda terrorist organization conspiracy behind the blast.

A bomb blast near the Somali capital, Mogadishu, on Saturday afternoon (March 6). 20 people were killed in the incident. The bomber struck shortly after noon in front of a restaurant. The hotel and nearby houses were severely damaged. About 30 people were injured and are being treated at a local hospital. Somali police suspect al-Shahab organization behind the bombing.

Al-Shabaab has been linked to the Al Qaeda terrorist organization, which has been responsible for many atrocities, bombings and massacres around the world over the past two decades. The opposition coalition is due to hold a meeting in Mogadishu on Saturday on the upcoming elections in Somalia, but the meeting was postponed due to the bombing. This tragic incident is expected to have an impact on the upcoming elections. Several countries have condemned the latest car bombing in Somalia. Many countries have objected to attempts to disrupt terrorist organizations at a time when a democratic government is expected to be formed.

ALSO READ: Scientists have discovered the causes of the eruption .. They have increased the calm as they break