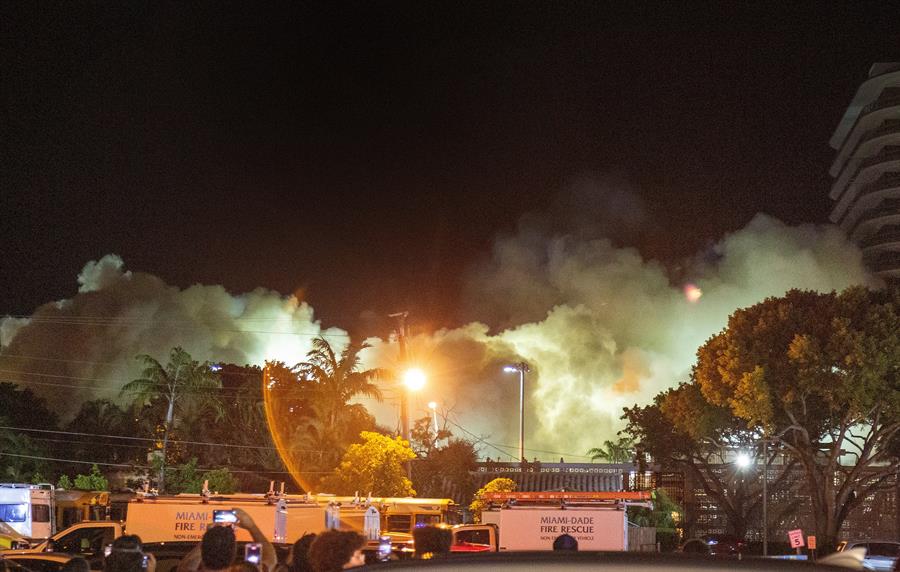 Authorities of Miami-Dade, in Florida, implodiram on Sunday night, 4, what was left standing of the Champlain Towers, which partially collapsed on the 24th. The structure was demolished with a series of small explosives by a precautionary action by the local city hall, as the building was threatened and, in the face of Tropical Storm Elsa, the remaining apartments could “fall the wrong way”. The demolition of the apartments is also taking place so that the work of the rescue forces, paralyzed several times due to the risk of falling debris, can expand. So far, 24 bodies have been recovered from the rubble and 121 people are still missing.

The search for survivors, which was coordinated with a tone of optimism in the first week after the fall, gained on Monday, 5, a tone of gravity. The commander of Israel’s National Rescue Unit, Colonel Golan Vach, said in an interview with the American channel CNN that the chances of finding someone alive under the rubble is “close to zero”. “I am realistic, but we are still full of hope. This hope keeps us active every day,” he declared. Florida Gov. Ron DeSantis declared a state of emergency in Miami-Dade and 14 other counties on Sunday because of the approaching tropical storm. Despite the extreme caution, which caused the rest of the building to be demolished, Surfside is not on Elsa’s direct route and should only experience heavy rain.