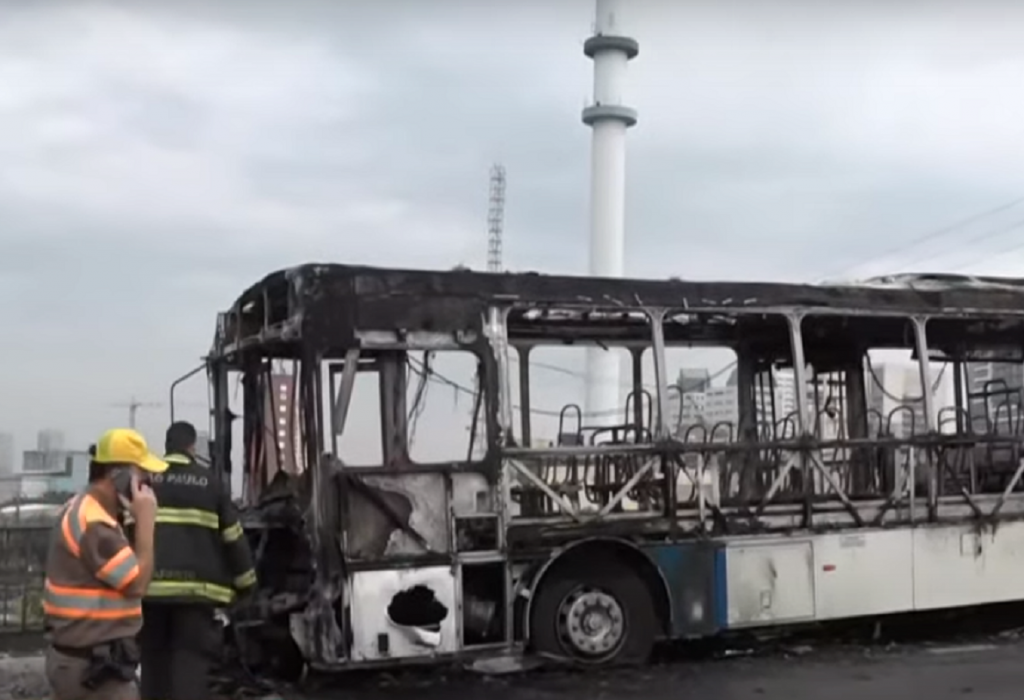 Fire was controlled by the Fire Department; according to the corporation, so far, there are no injuries

A bus caught fire this Monday morning, 4, at Pacaembu Viaduct, not West Zone of São Paulo. The occurrence was received at 8:06 am and two vehicles were sent to Avenida Doutor Abraão, 100, on Deep bar, to control the fire. Four vehicles from Military police were also sent to the site. According to the Fire Department, the driver claimed to the corporation that the fire was caused by an electrical failure. Witnesses heard by Young pan, however, claim that a homeless person asked the driver of the vehicle for a ride and, after the refusal, would have set fire to the bus in retaliation. Around 8:30 am, firefighters were able to control the fire. According to the corporation, so far, there are no victims. The road towards the center is still closed. The State Department of Public Security informs that the site is being preserved for inspection. The occurrence will be presented in the 91st DP.