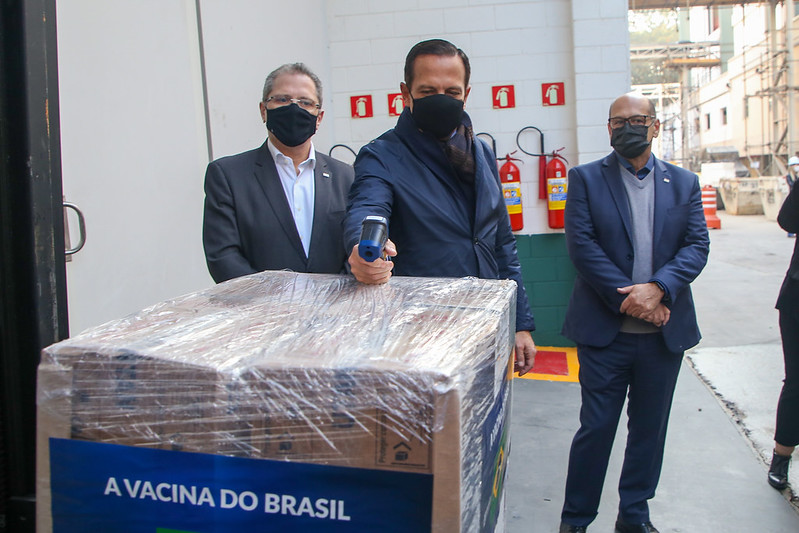 On Thursday, 15, 200 thousand units will be distributed to the federal government; at dawn on Tuesday, the institute received another 12,000 liters of raw material for the production of more immunization

Disclosure/Government of the State of São PauloGovernor João Doria was present at the delivery of 800,000 doses of CoronaVac

O Butantan Institute started on Wednesday, 14, the delivery of a batch of 10 million doses of CoronaVac to the Ministry of Health. On Wednesday, 800,000 doses of vaccine were delivered against Covid-19 and another 200,000 will be distributed on Thursday 15. “In August, we will complete 100 million doses, one month before the contracted deadline, which was September 30, complementing the entire Butantan contract with the Ministry of Health. Our commitment was to complete the delivery of contracted vaccines, we anticipated it by 30 days and now we buy vaccines to complement the vaccination process here in São Paulo”, said the governor João Doria (PSDB). The immunizing agents contemplate the second contract signed with the federal government, of 54 million vaccines. The first, with 46 million, was completed on May 12th. The 10 million batch was processed from the 6,000 liters of API (Active Pharmaceutical Ingredient) received on June 26th. At dawn on Tuesday, 13, Butantan received another 12,000 liters of raw material to produce and deliver another 20 million doses. The government of São Paulo informs that a new shipment of IFA, with over 12 thousand liters, should arrive in the country by the end of July.