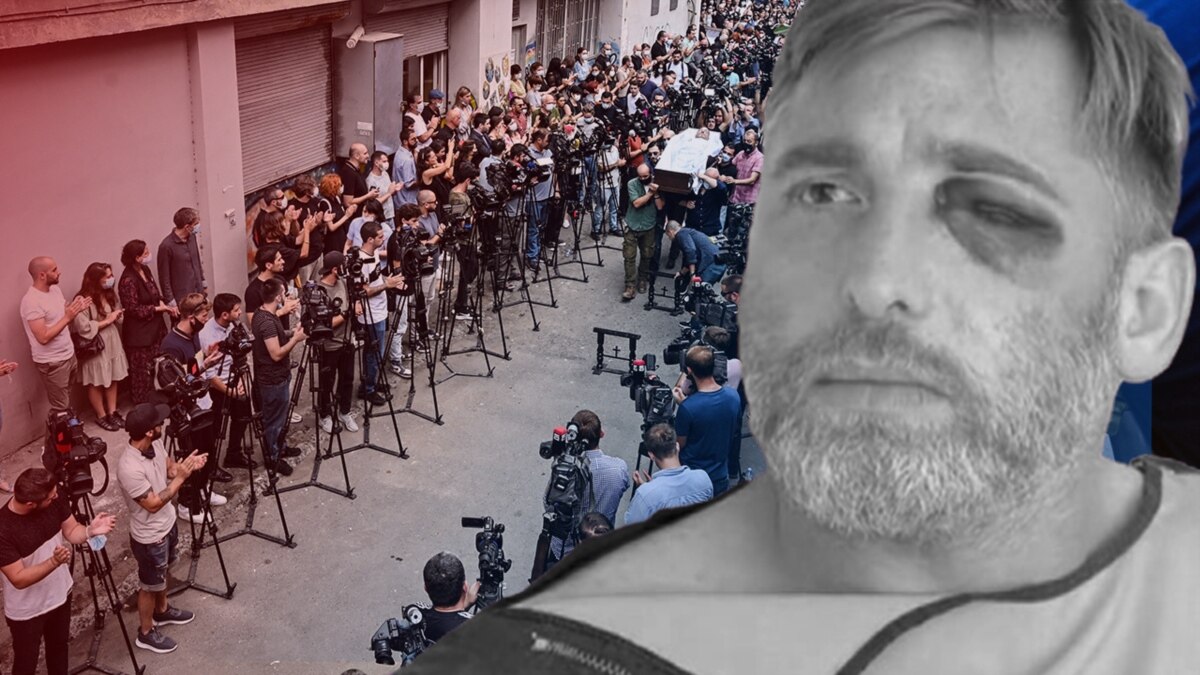 The 36-year-old TV cameraman was seen off on the last road with his family by colleagues, public figures, politicians and representatives of non-governmental organizations.

The body was taken to the camera corridor near the house, a corridor that was arranged for him by colleagues from various channels.

After that, Lexo Lashkarava was taken to Saburtalo cemetery and he was buried next to his father. Lashkarava was found dead by her mother on July 11.

The operator of TV Pirveli was severely beaten by violent groups on July 5. He was hit by more than 10 people in 15 minutes, causing damage to his facial bones and eyes. The attack on the TV First film crew took place near the “Shame” building. The attackers severely beat journalist Miranda Baghaturia and cameraman Lekso Lashkarava.

The Interior Ministry says based on an “interim report” that Lekso Lashkarava’s death may have been linked to drug use.

Journalists and cameramen held a rally-performance at the government administration in Tbilisi today. They took their seats in front of him during the briefing of the Deputy Minister of Health and demanded the resignation of the Prime Minister.

For the third day in a row, almost all media outlets have demanded the resignation of Prime Minister Irakli Gharibashvili and the entire government.

Protest rallies are also being held in front of the parliament building in Tbilisi demanding this. The protests began after Lekso Lashkarava died on July 11 and on July 5, violent groups severely beat 53 employees of media organizations.