Candidates supported by Bolsonaro elected to Chamber of Deputies and Senate

The UAE ambassador informed Netanyahu that Abu Dhabi stood by his side in the face of terrorists! | A nation is tweeting...

Brazilian deputy Arthur Lira, of the Progressive Party (PP), was elected president of the Chamber of Deputies for the next two years on Monday, after having strong government support, chaired by Jair Bolsonaro.

With 302 votes, Lira was elected on the first round, defeating his direct rival, Rossi Whale, current national president of the Brazilian Democratic Movement (MDB), which obtained the support of 145 deputies, out of a total of 503 who voted, reported the agency Lusa.

Thus, Bolsonaro is able to see elected the candidates he supported, with Rodrigo Pacheco, from the Democrats (DEM) party, to be elected president of the Senate, a position he will hold for the next two years. The opponent, Simone Tebet, of the Brazilian Democratic Movement (MDB) and president of the Constitution and Justice Commission (CCJ), got only 21 votes from the senators.

The vote for the presidency of the Chamber of Deputies was considered by analysts to be “very important” for Bolsonaro, because he may decide the future of his Government, with an impact on the vote on structural reforms, such as administrative and tax reforms, and in an eventual process of destitution .

It will be up to the new president of the Chamber of Deputies to analyze, or not, the almost 70 dismissal requests delivered against the current head of state.

The defeated Baleia Rossi said that if he won, he would analyze “each of the impeachment requests, in the light of the Constitution”. However, with the victory of the candidate supported by Bolsonaro, this scenario could be kept at bay.

After the victory of Lira and Pacheco, Bolsonaro shared, on their pages on social media, a photo next to both, smiling, highlighting the amount of votes each collected.

In his first speech after being elected, Lira defended a broad dialogue and the independence of legislative power, highlighting the importance of vaccination against covid-19 and the balance of public accounts. 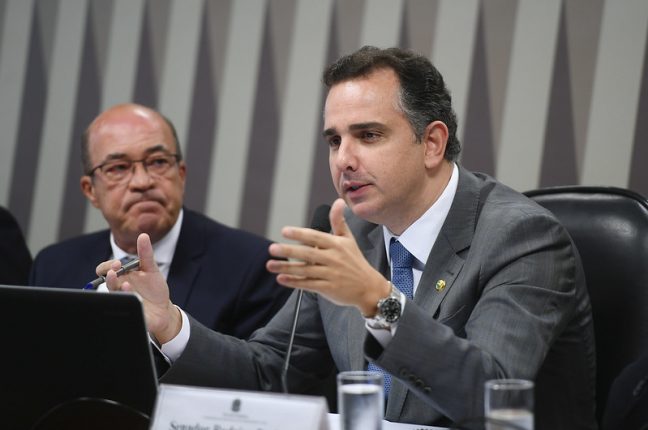 The deputy, who stressed that he intends to exercise the presidency of the Chamber with “neutrality”, also regretted the deaths caused by the pandemic, which he classified as “the most cruel, devastating and ferocious”, and said that the powers of the Republic should act in harmony for fight the disease.

Lira, 51, leader of the “Centrão” parties [bloco informal que reúne parlamentares de partidos de centro e centro-direita], comes from a family with tradition in politics and is under investigation by the justice, responding to two cases at the Supreme Court on suspicion of passive corruption and an investigation derived from Lava Jato.

Lira succeeds Rodrigo Maia, who leaves the command of the parliamentary lower house after two and a half consecutive terms.

Maia, who supported the election of Baleia Rossi, said goodbye to the position with a pacifying and emotional speech: “The fights have passed, we will elect a new president. We had a moment of more friction, in my case with the candidacy of Arthur Lira. (…) I am proud to be president of that House and, more than that, to be a federal deputy ”.

The first measure taken by Lira after being elected was to cancel, on Monday night, the vote for the others Board of Directors positions, determining the realization of a new election to choose its members for the 2021-2022 biennium.

In addition, the parliamentarian canceled the formation of the bloc that supported his main opponent, Rossi, formed by 10 parties, indicating that it was formalized after the deadline.

With the dismemberment of the bloc, the parties that supported the candidacy of Baleia Rossi are counted individually in the proportional division of positions in the Board of Directors, which may harm political formations such as the Workers’ Party (PT) or Rede Sustentabilidade.

The UAE ambassador informed Netanyahu that Abu Dhabi stood by his side in the face of terrorists! | A nation is tweeting...

Utah Health: Corona Epidemic Completes One Year In America .. Many Key Events At Utah Health University .. – One Year For Corona At...

Lures as a seller. Akka, the sister shares the attachment. Performs responsibilities as wife. ...
Read more

Covid Vaccination For Animals: It is well known that the vaccination process became available in the wake...
Read more